Washington D.C. -- Senior Advisor to the President, Anthony Scaramucci is no stranger to controversy. From the beginning of his career at Goldman Sachs to his recent successful selling of global investment firm Skybridge Capital, Scaramucci has been in the gilded spotlight. The spotlight that he is currently in may be more than he bargained for.

Scaramucci's wife, Deidre Ball, filed for divorce citing her husband's "blind political ambition" as her main reason for leaving him. Scaramucci has hit back by posting nude pictures of Ball to his Twitter account earlier this evening, posting "Now everyone can see her 'blind' ambition." The pictures show Ball completely nude in very suggestive poses, obviously meant to be kept private.

The article then suggests the photos can be looked at on another fake news website named The Federal Scooper (www.federalscooper.com), which shares the same Adsense account (ca-pub-1272758567195471) as the Nevada County Scooper so it is probably operated by the same people. 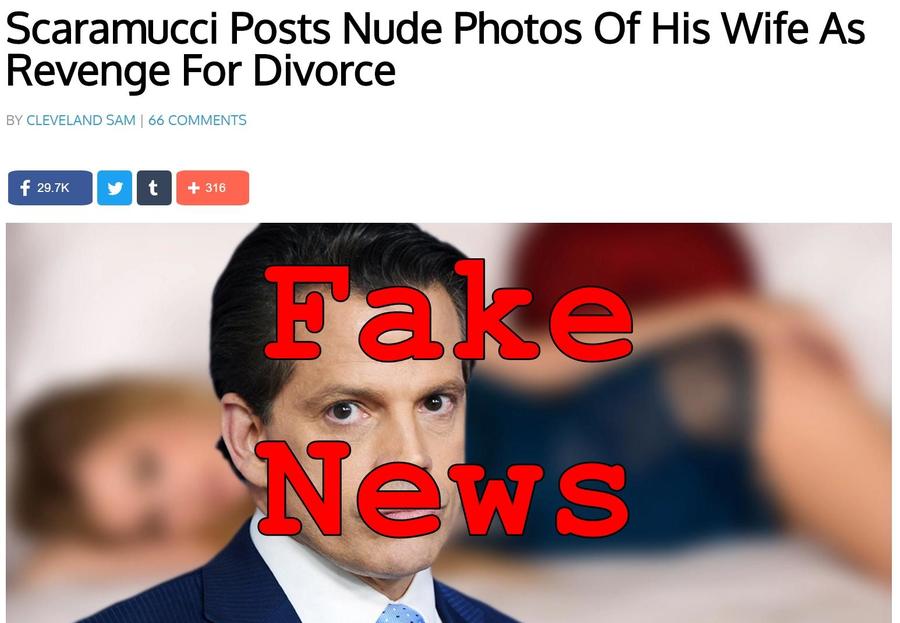 Of course there are no such photos to be found at that website. The Nevada County Scooper (NCScooper) is a fake news website with following satire disclaimer on their Terms and Conditions page:

It does seem like plenty of people would like to have a look at Deirdre Ball in the nude as the Trendolizer graph at the end of this article shows. They are of course sorely disappointed because there are no such pictures at the other site. Currently The Federal Scooper does happen to be running a different fake story titled "Nude Photos Of Debbie Wasserman-Schultz Leaked" but that one also doesn't have the promised pictures.