HOUSTON -- As if the city of Houston hasn't seen enough tragedy due to catastrophic flooding from Hurricane Harvey, things took a turn for the worse today after a U.S. Navy ship collided with a building in the downtown area.

The ship was identified as an Arleigh Burke-class destroyer belonging to the Navy's 7th Fleet.

It was unclear why the destroyer was not able to see the building and take evasive action, or why it was over 20 miles inland and trying to navigate through a major metropolitan area.

The story is clearly not true since the photo that went with the story is obviously photoshopped: 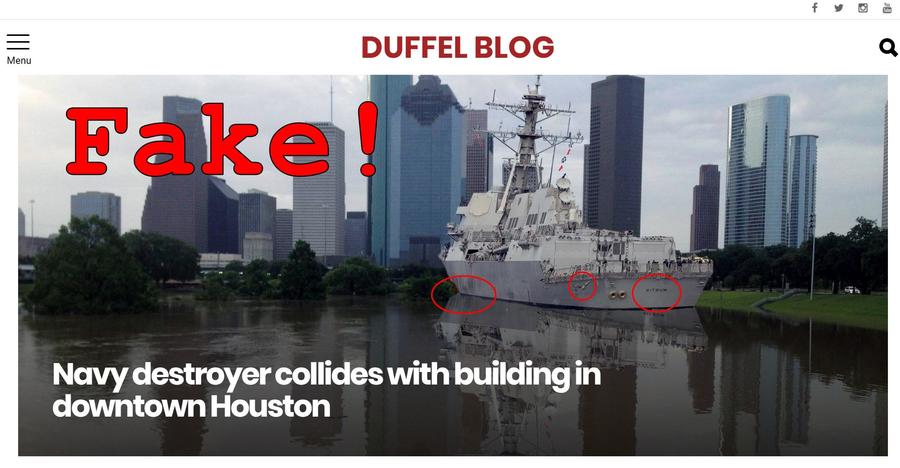 That, and the disclaimer of Duffel Blog reads:

So if you see anyone spreading this photo as real don't hesitate to steer them over here so they can collide with the truth for a change...