A couple was transported to the hospital in a very awkward position last night after a man somehow got his head stuck in his wife's vagina during a strange sexual game.

Tom and Janis Morrison, a young couple from the small town of Greensboro in Alabama, called 911 around 10:00 pm last night to ask for an ambulance.

Samantha Irving, the operator who took the call, says she thought it as a joke when he explained the situation.

"The woman told me that her husband had fallen and that his head was now stuck in her vaginal cavity. I really thought that it was a group of teenagers making a prank call." 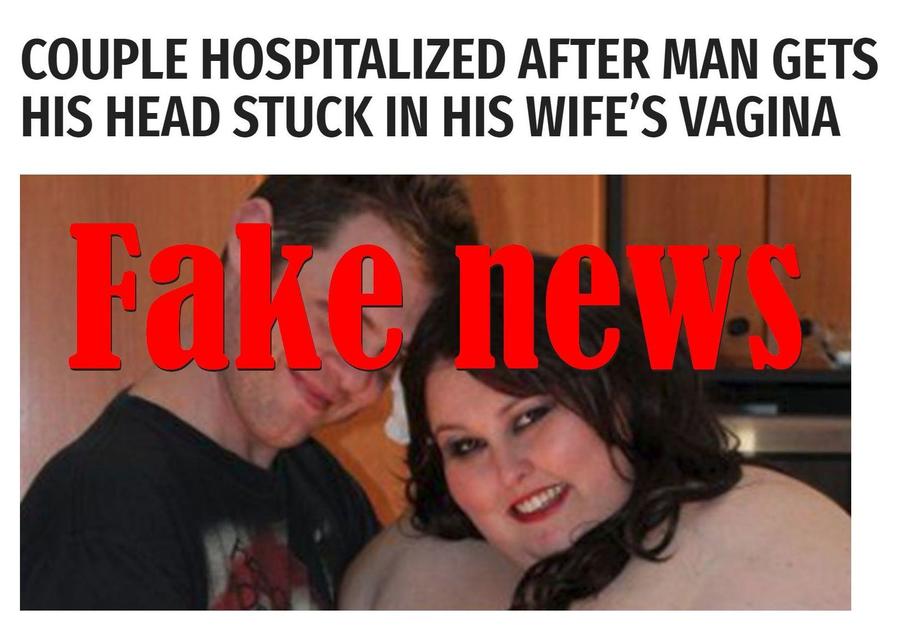 However several other websites have already copied the story verbatim but omitting the satire disclaimer. If you see anyone sharing this story on social media, feel free to tell them they have their own head stuck up their **** for sharing fake news...