Susan Rice is going to prison. At this point, it's not speculation. It's not conjecture. It's a certainty. The only variable is "when" - especially after her housekeeper was found dead.

As Fox News revealed this morning, Rice's housekeeper was interviewed by the FBI and spilled the beans about numerous private conversations she overheard between Rice, members of the Obama administration, Hillary Clinton, and even the former President himself.

FBI agents were seen approaching the home of Maria de la Juerta Gomez on Monday, where they stayed for a good two or more hours. According to Attorney General Jeff Sessions, Gomez was able to provide "plenty of information" to aid in the investigation into Rice's abuse of her power in the Obama administration to "unmask" of people associated with Donald Trump in an effort to swing the election in favor of a certain "crooked" opponent of his.

The image used with the story is actually from 2014 and shows the body of a woman named Lorenza Arrelano being fished from a pond in Boyle Heights. 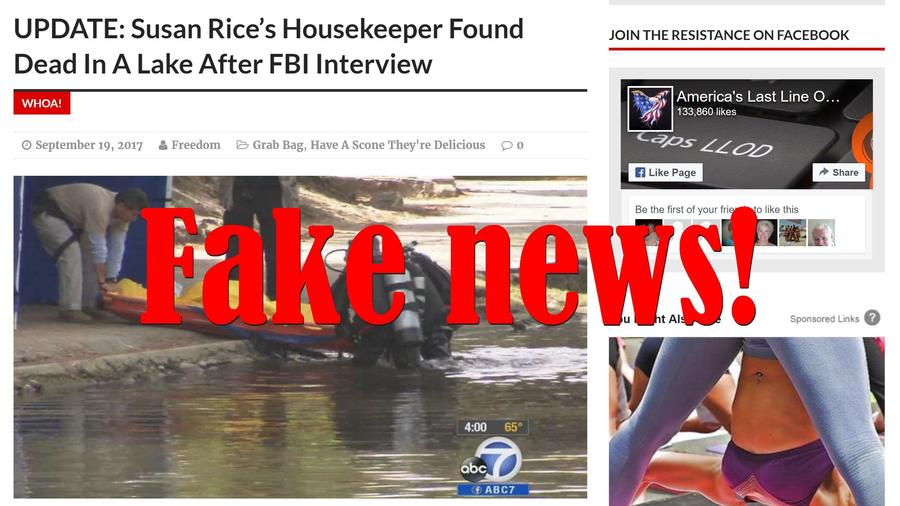 There is nobody named "Maria de la Juerta Gomez" either according to Google.

The owner/writer of the site is self-professed liberal troll Christopher Blair, a man from Maine who has made it his full time job to troll gullible conservatives and Trump supporters into liking and sharing his articles. He runs several other websites, including asamericanasapplepie.org and freedumjunkshun.com and is also known under his nickname "Busta Troll".