7 dead bodies were found laying in various places scattered around Cowpens, Gaffney and Spartanburg, SC in the last 2 months. The most recent one found was exactly 3 days ago laying in a field off of Wofford Street in Spartanburg ,SC. All were women between the ages of 23 to 36. Families have decided to keep the victims names anonymous. The killer seems to pick women of all races with tattoo ridden bodies. The killer leaves a rose beside each body as well. Please be careful. More information will be issued to the public when it becomes available.

No reputable media are reporting on this killing spree and of course the victims are anonymous so there is no way to check if they are real. But the picture that went with the story is actually from a 2015 search for a missing girl in Belton, Leicesterhshire (United Kingdom). 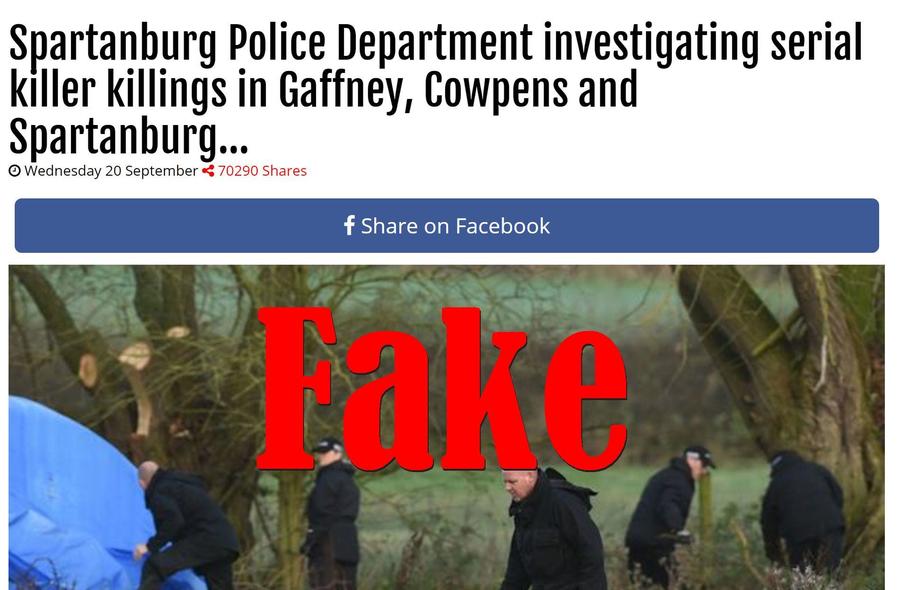 So don't be like the thousands of people from the area that got the bejeezus scared out of them by this article and shared it with all their friends to warn them. Warn them about fake news instead...