A Facebook page named Ebuzz posted a video purporting to be from Florida after hurricane Irma, showing thousands of crabs crossing a road:

The video racked up at least 17 million views in six hours. 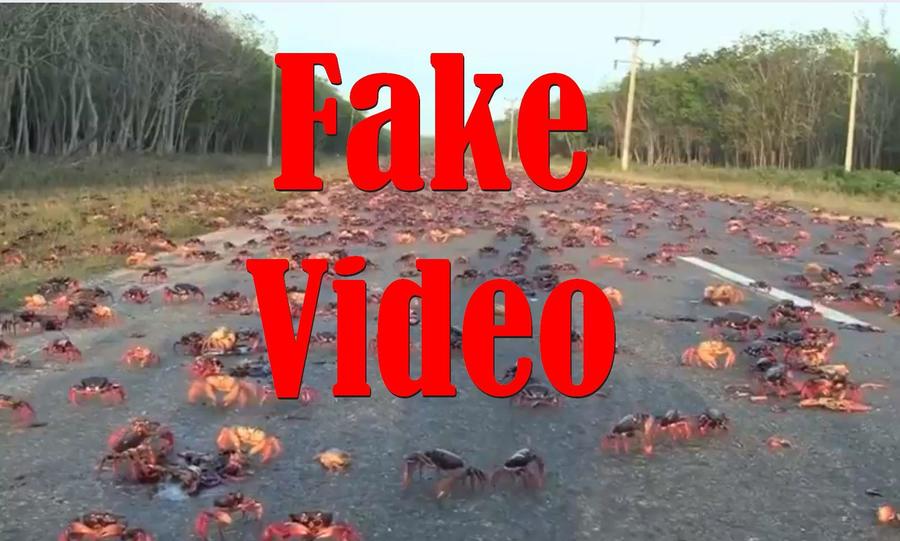 The video is not from Florida and it was not taken after hurricane Irma. It is actually a continuously looping snippet taken from a nature documentary about Cuba:

The relevant part is about 4:20 in. It shows the annual migration of thousands of crabs near the Bay of Pigs in Cuba (more here). Don't be fooled by hoax videos like this: liking, sharing and commenting on them will get the owners of the page that posted it more visibility on Facebook (which is probably the reason why they posted a faked video. Don't help them, instead post the original video if you liked it.