There is no truth to the story that 22 Clinton foundation employees were arrested on the first day after a new investigation was started. The article originated on satirical site Ladies of Liberty where a story (archived here) was published with the title "22 Clinton Foundation Employees Arrested On First Day Of New Investigation". Several fake news sites subsequently copied the article making it go viral. The original story opened:

The first day of the investigation into the Clinton Foundation has already netted 22 criminals the FBI was already looking at. The charges range from drug trafficking to money laundering to perjury and there will be no leniency, according to US Attorney Jeff Sessions.
The most prominent arrest was Frank Murphy, who ran the Clinton "security" company, meaning he facilitated all of the illegal transactions and was witness to all of it. If the FBI can crack him, the Clintons would be all over. Cracking him, however, won't be easy.

We were unable to find any trace of a "Frank Murphy" related to a Clinton security company and the image that accompanied the story is actually from a 2016 drug bust story from Hungary. 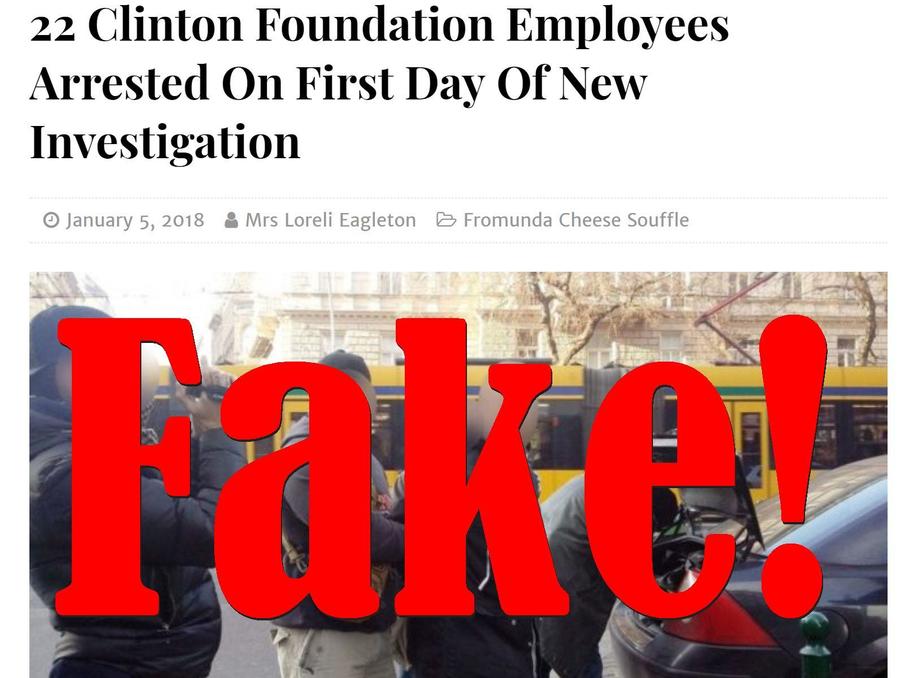 The site Ladies of Liberty comes with a clear satire disclaimer at the bottom of each article: