Dr. Jaleel Kohmeni raised his hand when the flight attendant on Delta flight 6978 from New York to Las Vegas asked if there was a doctor on board. He told the attendant that he wasn't an American and that he preferred another doctor help if possible. Unfortunately, he was the man's only hope.

As he approached, he could see that the man was barely managing to breathe and going in and out of consciousness. What the doctor did next may seem normal to people where he comes from, but here it was simply disgusting. He leaned over the man and asked him if he believed in God. "Yes," the man answered, "Jesus Christ is my Lord and Savior."
At that point, Kohmeni informed the flight attendant that he could only "give the man the comfort of knowing Allah will give him the chance to redeem himself in heaven," but that he couldn't help save him. The attendant reminded him that he was a doctor and that he was in the United States, not Syria.

Note that we kept the link behind the word "answered" pointing to the exact same destination, an image saying "It's cool to love Jesus".

If that didn't tip you off the story did not come from a legitimate news source, how about the disclaimer at the bottom of Daily World Update: 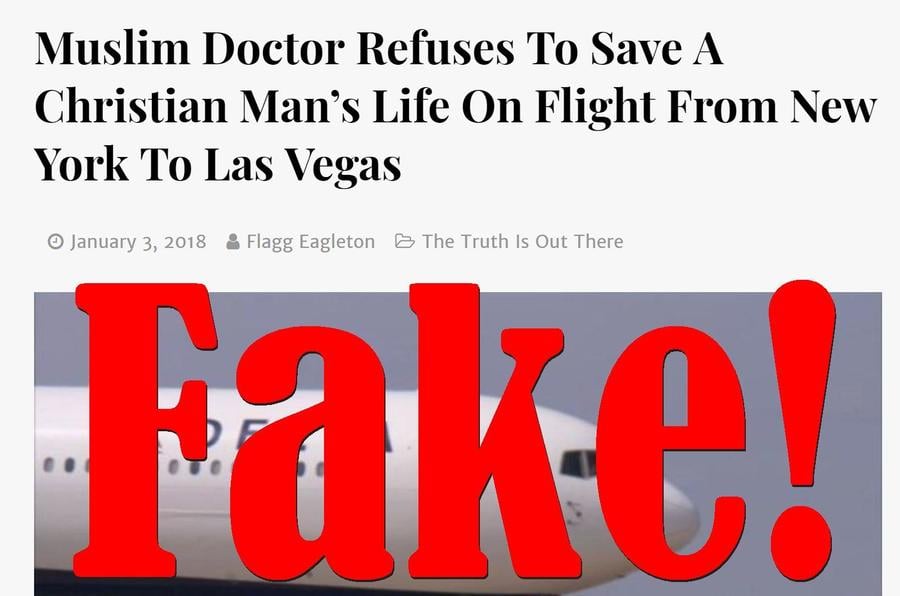 He has been criticized by several fact checking sites for sometimes using real names in fake stories and for providing easy to copy stories to "real" fake news sites. He responded to these criticism by posting following post on his Facebook page: