Regular readers of Lead Stories know we've been following the exploits of Christopher Blair for quite some time now. From taking over right wing Facebook pages with hordes of goats to trolling conservatives with made up stories labeled as satire on Facebook (and then fighting the Macedonian fake news sites that copy them), the least you can say about Mr. Blair is that he is quite the interesting character even though what he writes online can in many cases be somewhat disconnected from reality (often to the detriment of those who fall for it).

You can read more about Blair's hoaxes and the politically-themed sites plus Facebook pages he and his friends have been running in this article we wrote about a week ago:

Readers of Lead Stories know we've been following the work of Christopher Blair ( featured in the Boston Globe today by coincidence) for quite some time now. For those of you who don't know him, he's the person behind such iconic satirically trolling news sites as The Last Line of Defense, Reagan Was Right, Ladies of Liberty, Freedum Junkshun, Daily World Update, As American As Apple Pie, Freedom Crossroads and several others.

But today I want to talk about his latest site which he has started promoting in the past two days via his Facebook account and and via memes on his Facebook pages. Examples:

The website notmypot.us was registered only on April 14, 2018 according to WHOIS records. That means the paint is still fresh and the cement hardly even got a chance to dry yet. 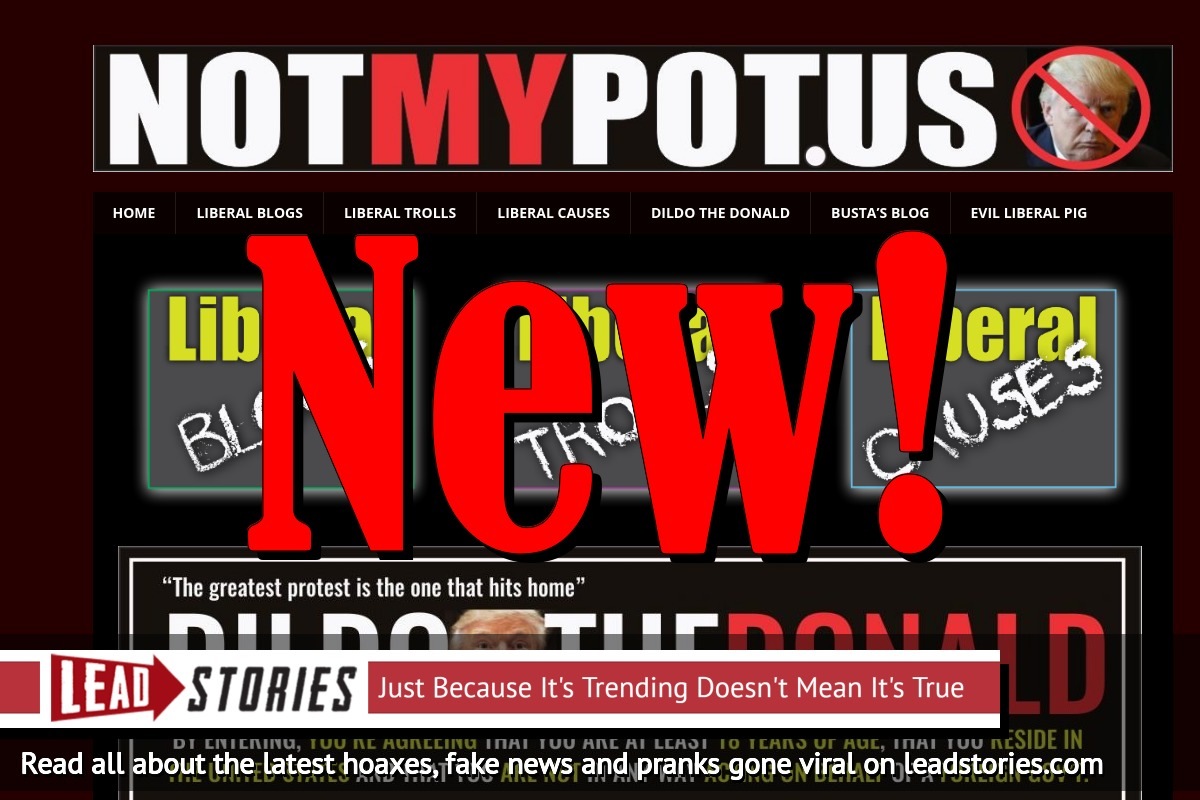 The site seems to have sections listing various liberal blogs, liberal trolling pages on Facebook, liberal causes and sub-blogs for Blair (Busta Troll) and his associate John Prager (Evil Liberal Pig). Both blogs still appear to be empty at the time of publication.

But wait, there's more. The site comes with a message that reads:

No threats of violence will be passed along to the White House. Please don't ruin everyone's fun by being stupid.

The website dildosfordouchebags.org seems to offer the same "gifts" for sale but lets you send them to anyone you like (or don't like, more likely). That website was registered anonymously on April 7, 2018 but we wouldn't be too surprised if it turned out to have been a certain Maine-based troll again given the site's design and wording.