Did movie review site Rotten Tomatoes introduce a new negative scoring system to rate especially bad Christian movies? Nope, that's not true: the fake story was intended as a piece of satire and the news is not real.

U.S.--Shortly after the release of God's Not Dead: A Light in the Darkness, popular review aggregator Rotten Tomatoes announced it would now be allowing negative scores exclusively for faith-based films.

The story said the minimum possible score was now -382% and that the 2018 movie "God's Not Dead" was the first to receive such a rating.

A quick check of the actual rating of the movie on Rotten Tomatoes reveals the truth: 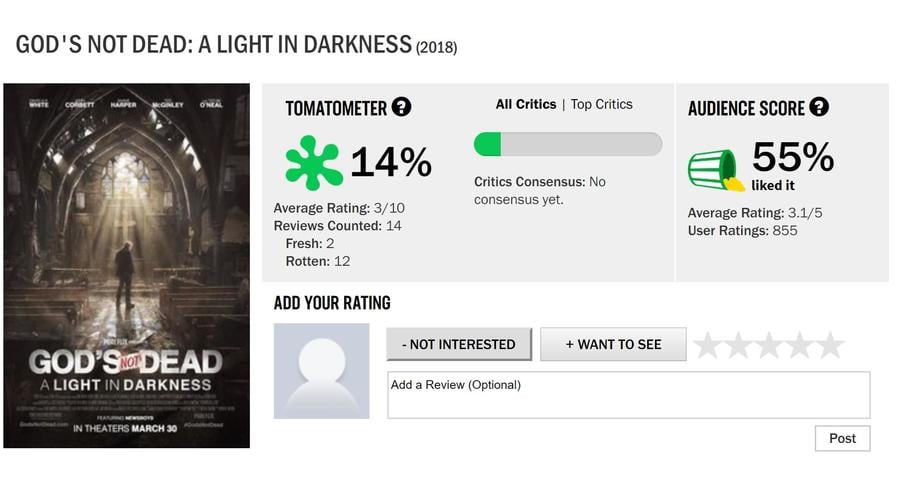 Several people clearly think the movie stinks but the review system does not allow negative ratings.

Which shouldn't be too surprising as The Babylon Bee comes with following dislaimer on every page:

With a track record like that it is clear that you shouldn't take anything posted on the site seriously and you definitely shouldn't confuse it with real news. We wrote about babylonbee.com before, here are our most recent articles that mention the site: