Is a Craigslist ad promising $100 for people to stand in line at a Trump rally real? And is it proof of Trump paying people to make his rallies seem bigger? No, we tracked down the phone number associated with the ad and found it was linked to someone who was part of a labor union campaign running a counter-protest on the same day. The ad was first taken down by Craigslist but was later restored.

The story originated from an ad published on Craigslist on October 9, 2018 titled "Linestanders needed for Trump Rally on Wednesday October 10" (archived here) which opened: 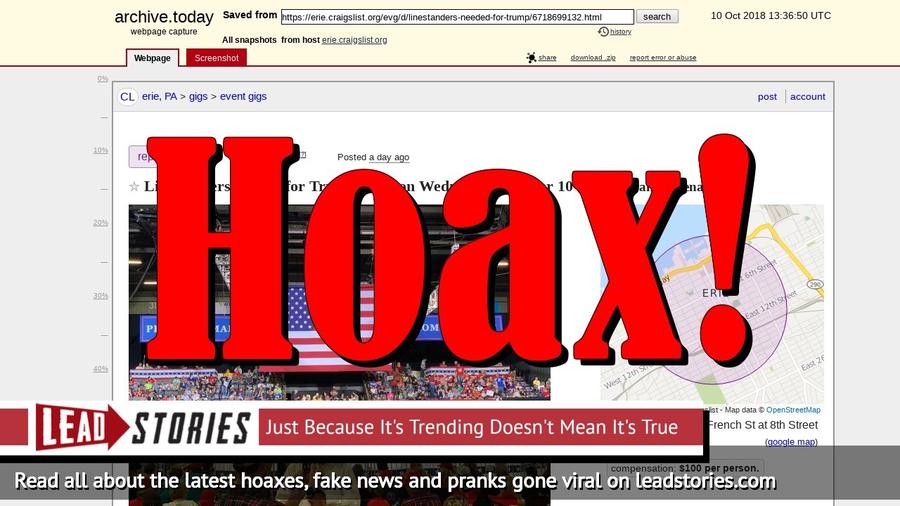 The full text of the ad read:

We need numerous people to stand in line to get into Trump rally. $100 per person. Wednesday, October 10 only, from 9:00 AM to 4:00 PM. Meet at front of the line to get inside for Trump rally. Call or text me with questions or to confirm

The phone number in the ad was part of the "reply" section which would indicate it had been verified by Craigslist before they allowed the ad to be posted (see here, look for "confirm your phone number" in step 9). 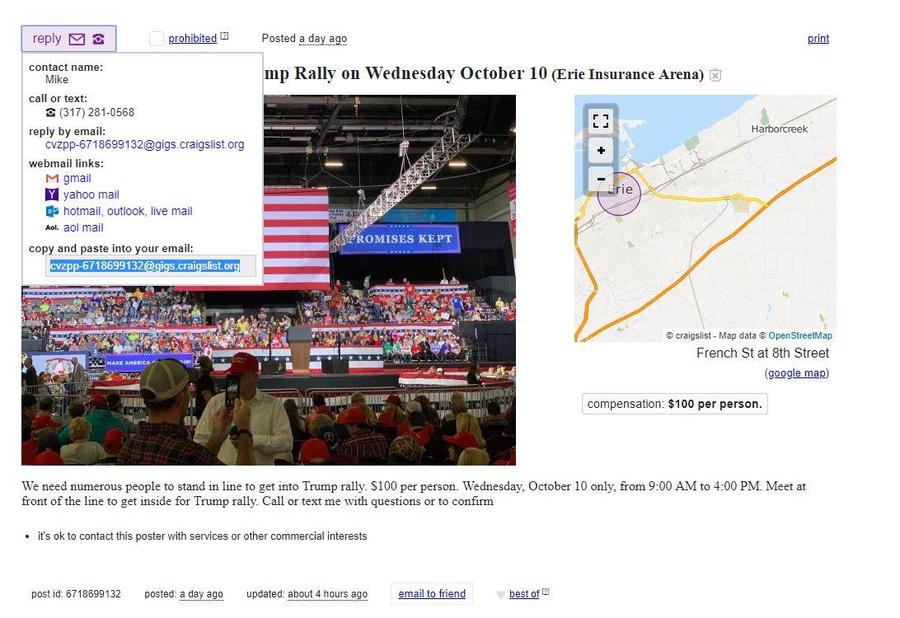 Soon the ad was going viral and people on twitter were also discussing it, including this one which had a screenshot that showed the phone number of the "organiser":

Calls to the number went to voicemail but some digging revealed that the phone number (317) 281-0568 is listed as the number of "Evoke Arts and Media" on Facebook: 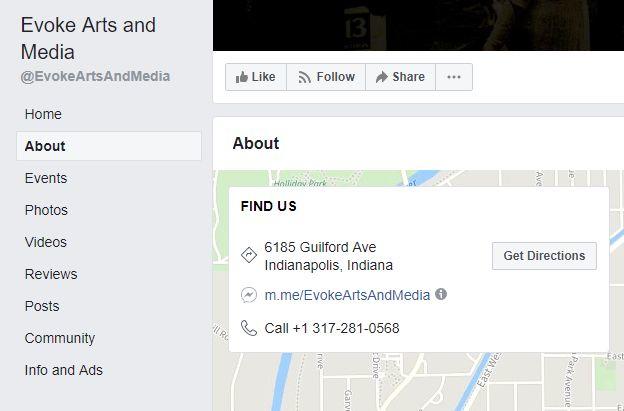 That organisation lists a "Mike Oles" on its website as one of the team members. The number is also listed as Mike Oles' number on other websites.

He lists his job as field director at "Good Jobs Nation" on his Facebook profile and that group just happens to be organising a protest at Trump's rally today: 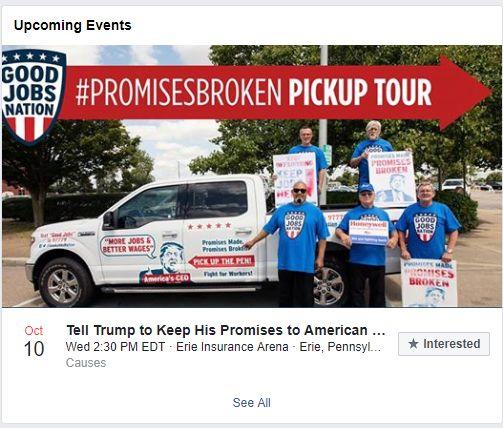 Good Jobs Nation is listed as a project (archived here) of Change to Win (archived link), which describes itself as:

We are a democratic federation of labor unions representing more than 5.5 million working men and women. We believe in the power of collective action to serve as a counterweight to corporate interests, and big money in Washington.

We have attempted to contact Mike Oles and Change to Win and we will update this post if we hear back from them.