Today there was a shooting near a Pittsburgh synagogue and predictabley people started blaming comedian Sam Hyde of being the shooter on social media even though it is not true.

A gunman opened fire at the Tree of Life Congregation synagogue in Pittsburgh, Pennsylvania on Saturday. The gunman is believed to still be inside the building, and there are reports of multiple victims at the scene. At least four people have been confirmed dead, according to CBS-affiliate KDKA.

Trolls are already accusing right-wing comedian Sam Hyde of being the suspect, it is a strange in-joke that has been going on for years. 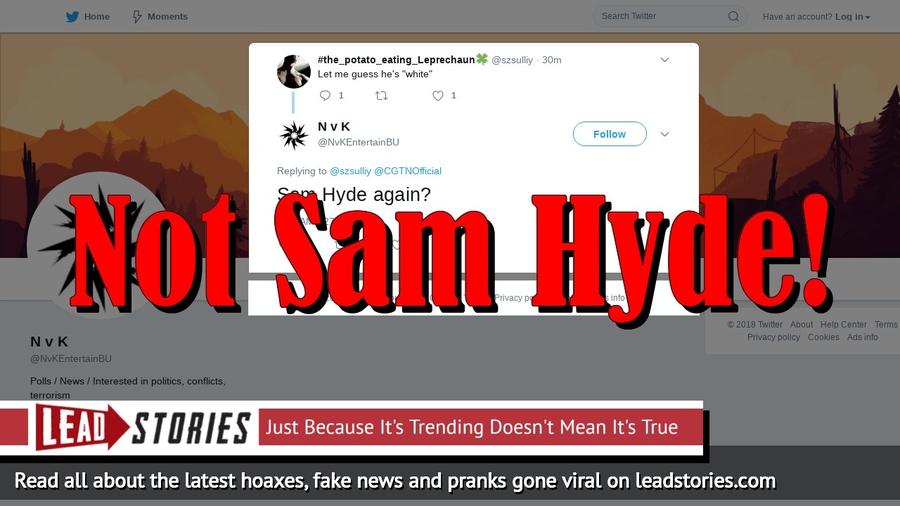 You can read the latest "Sam Hyde" tweets here and see the hoax unfold in real time: