Were 23 people reported dead and 300 severely wounded according to local television in Paris, France, during today's "Gilets Jaunes" demonstration? No, that's not true: a Belgian satire website is up to its old tricks again, using faked screenshots to make hyperinflated claims about dead and wounded during riots or manifestations. It is not true. 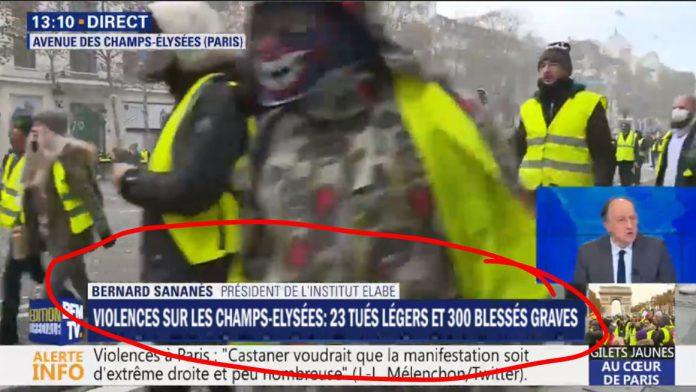 "Morts légers" means "lightly dead" in French, it is a standard catchphrase often used by NordPresse. 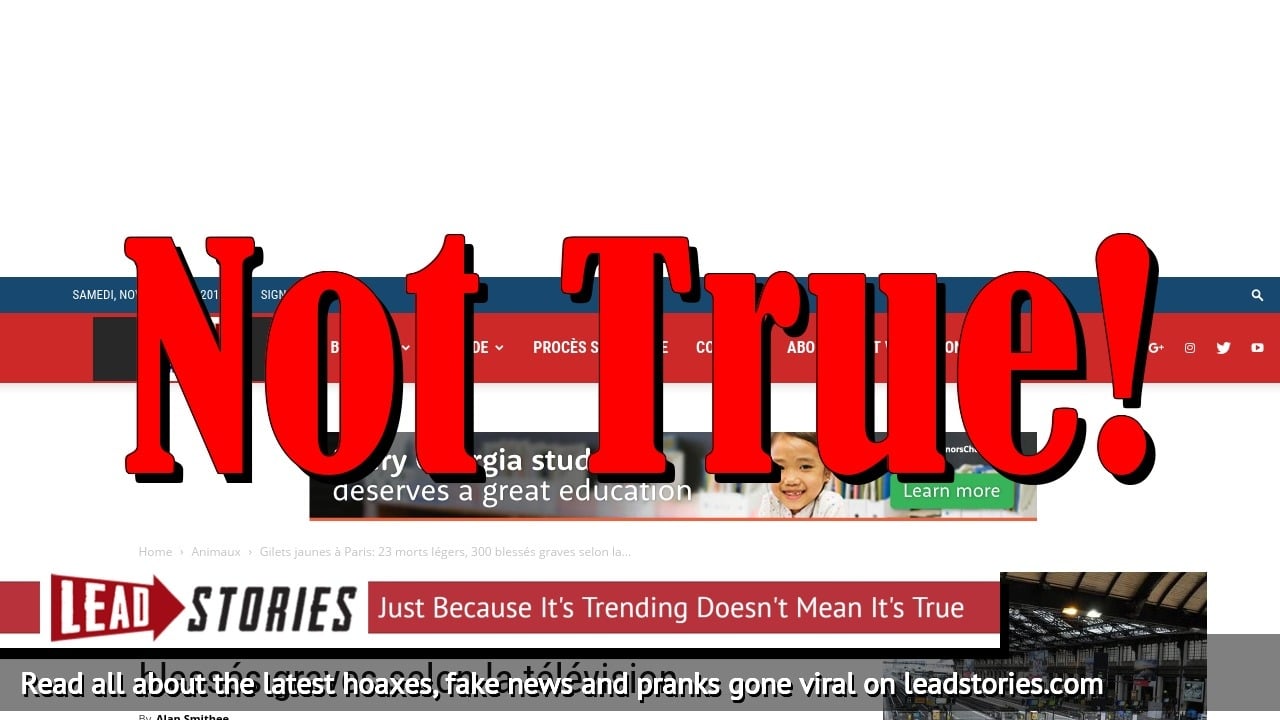 Real riots are currently going on in Paris on the Champs Elysees, as you can see in this live stream:

But Le Journal Du Nord (nordpresse.be) is a satirical website that was set up to mock the (real) sudpresse.be (since renamed sudinfo.be), a Belgian media group. They were involved in a lawsuit with each other in 2017 which was eventually won by NordPresse.

We wrote about nordpresse.be before, here are our most recent articles that mention the site, as you can see they have often reported fake news abou the number of dead and injured during various events: