An example of the meme appeared in a Facebook post (archived here) where it was published on March 11, 2019:

The picture appears to have been created using the Imgflip meme generator:

The source picture itself appently first appeared in 2008 as a Flickr photo by someone named Michael Zampelli:

Hot dog on a stick

The name tag on the hat clearly says "Stephanie", not "Alexandria" or "Sandy" (as Ocasio-Cortez sometimes went).

In 2008 Ocasio-Cortez was studying international relations and economics at Boston University. Boston is in Massachusetts. Hot Dog on a Stick is a snack food chain that originally launched in California and which nowadays operates in seven states. You can check their current location map here:

Order Ahead and Skip the Line at Hot Dog on a Stick. Place Orders Online or on your Mobile Phone.

here is a screenshot of the map on that site: 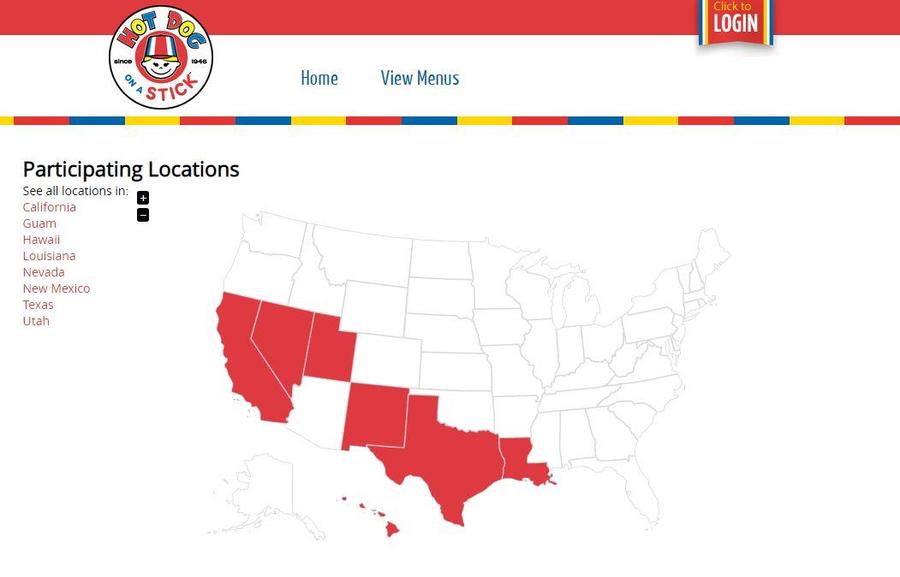 It appears the closes state with a Hot Dog on a Stick franchise is Louisiana, which is about 1600 miles away from Boston. And we are not even sure the company was already operating there in 2008.

So the claim made in this image is definitely false: 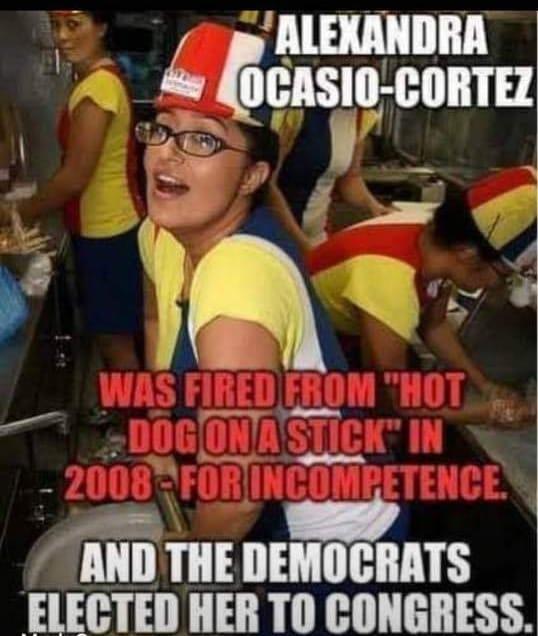