Did a study reveal children get most of their genes from their maternal grandmother? No, that's not true: a recent viral article is making several claims that go directly against everything science has learned about human inheritance based on nothing more than a book written by a filmmaker and novelist (who also believes in Tarot readings) and also on a 2009 scientific study that was not about the claims made in the article.

The story originated from an article published on May 17, 2019 by Bright Side titled "A Study Reveals That Children Get Most of Their Genes From Their Maternal Grandmother" (archived here) which opened:

Our maternal grandmothers are unique in that they have a special connection with us, their grandchildren. They play an important role in our lives, both on an emotional and on a genetic level. Even if you don't spend much time with your maternal grandmother, the bond between you and her will never fade away. It happens because you inherit her DNA, her temperament, her tastes, and her emotions!

Bright Side dug deeper into this topic to understand what actually bonds us to our maternal grandmothers. Let's have a look at what we found!

Alejandro Jodorowsky, a Chilean essayist, has written a book called Metagenealogy: Self-Discovery Through Psychomagic and the Family Tree, where he explains the genetic influence of maternal grandmothers on their grandchildren, because genes can skip generations passing from a grandparent directly to the grandchild.

According to Alejandro, the genes that children receive in their mothers' wombs come directly from their grandmothers. Among all the grandparents and relatives, the maternal grandmother is the one who is the most responsible for gene inheritance. 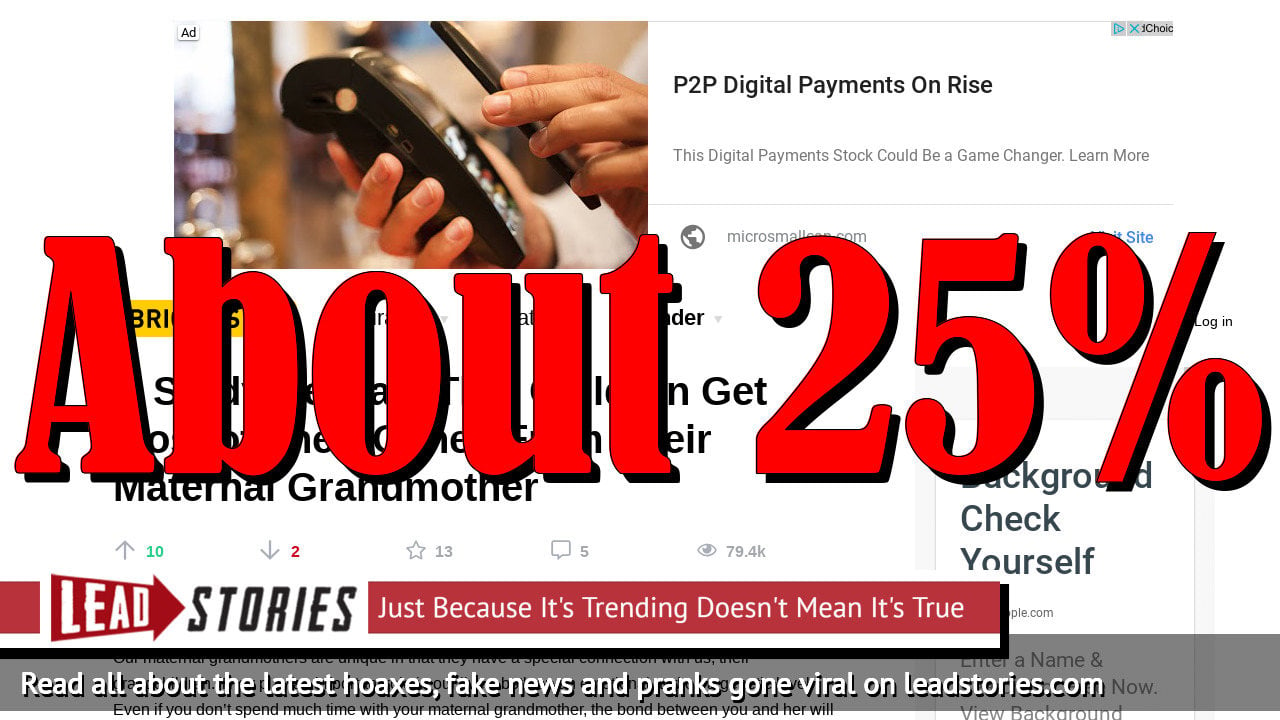 Our maternal grandmothers are unique in that they have a special connection with us, their grandchildren. They play an important role in our lives, both on an emotional and on a genetic level. Even if you don't spend much time with your maternal grandmother, the bond between you and her will never fade away. It happens because you inherit her DNA, her temperament, her tastes, and her emotions!

The first serious error in the article is the claim that "the genes that children receive in their mothers' wombs come directly from their grandmothers".

In all children have about 50% of their genes from their father and 50% from the mother. Of course all of this is true for the parents of our own parents too. So we end up with about 25% of the genes of each grandparent. So "children in the womb" get about a quarter of their genes from each grandmother and definitely not directly but indirectly via the parents.

The article also claims "genes can skip generations passing from a grandparent directly to the grandchild". This is nonsense. Every gene in your body came from one of your parents. This is probably a misunderstanding of how genes work to influence certain traits of children: for some traits to appear you need copies on both versions of certain chromosomes (or only one copy in some cases) and in some other cases there is a complex interplay between multiple genes. This is how eye colors work for example and why people with brown eyes sometimes have blue-eyed children:

Eyes are the sensory organs of vision. The very first thing that we notice about someone's eyes is the color of the eyes. Eyes attain a color when the iris gets pigmented by melanin. Melanin is synthesized by melanocytes and stored in melanosomes.

Then there is this part of the article:

We share an average of 25% of our DNA with our grandparents. Scientists from the University of Cambridge have published research about the bond between the maternal grandmother and their grandchildren. According to this research, this connection happens because of the X-chromosome: maternal grandmothers pass 25% of their X-chromosomes to all their grandchildren, which allows them to inherit her genes.

That means as a grandparent in some cases you can be 100% confident that some of your grandkids will definitely have or not have your X or Y chromosome (even though they will have several of your other chromosomes). In some other cases there is a 50/50 chance.

(Note that all of this is just about the 23rd chromosome, the 22 others are basically split randomly and for each one every grandparent has an equal chance of passing on one of their copies, i.e. about 25%)

The linked study of the University of Cambridge already dates back to 2009:

The importance of grandmothers in the lives of their grandchildren

According to the "Grandmother Hypothesis," post-menopausal women can increase their genetic contribution to future generations by increasing the survivorship of their grandchildren. While some demographic studies have found evidence for this theory, others have found little support for it.

It was not about who inherits most genes from which grandparent but instead it looked at the survival rate of grandchildren in certain populations and compared that to which grandparents were present in the life of the child. They were trying to see if there was an effect if a grandparent with more or less certainty of having provided the X or Y chromosome of the kid was present or not. What they found was this:

"The presence of a paternal grandmother in all seven of the populations had a harmful effect on grandsons because her presence was linked with an increase in mortality.

"Meanwhile, in six out of seven populations, the paternal grandmother's presence in her granddaughter's early life had a beneficial effect in terms of the risk of mortality. This difference between paternal grandsons and granddaughters would explain a lot of the inconsistencies in previous studies, where the sex of the grandchild was not considered.

The full study can be read here, it is not an easy read but the title definitely is quite interesting for a scientific paper: "Grandma plays favourites: X-chromosome relatedness and sex-specific childhood mortality". Pretty clear why the writers at Bright Side did not include this title in a clickbait article likely designed to pull in clicks from unsuspecting grandmothers and grandkids.