Were Malia And Sasha loaned to Barack and Michelle Obama by their real parents? No, That's not true: This is a conspiracy theory based on a purported resemblance of the Obama daughters to longtime friends of the family, a purported lack of baby photos of the girls, and the allegation that Michelle Obama is a transgender male unable to have a baby.

The false claim was first circulated in emails and social media as early as 2013 and continued to be shared, including in a post (archived here) published as a meme on June 4, 2019. It opened:

This is a meme that is widely shared: 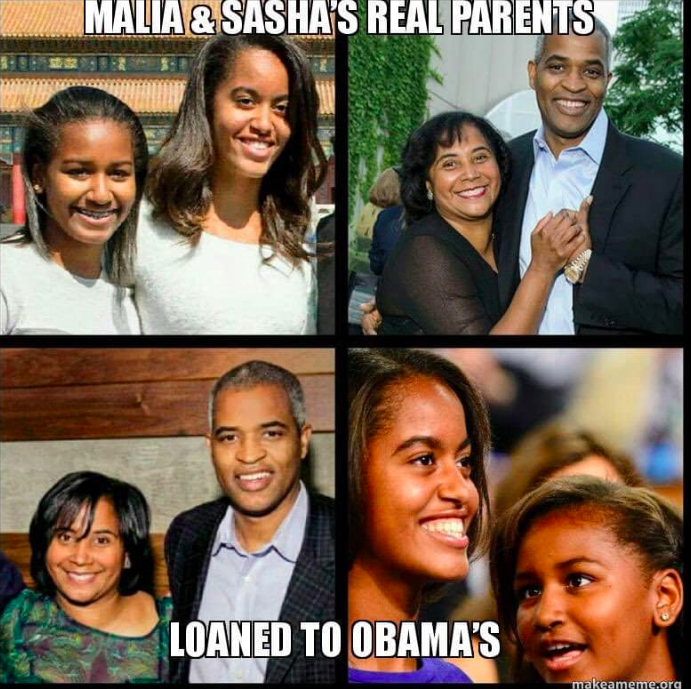 This meme features photos of a man and woman, implying they are the real parents. The story behind the false claim is found by a reverse image search that leads to videos and articles with purported details to support the claim. This one was published on YouTube in 2016 by "The Underground Resistance Network" with the title "ARE THE REAL PARENTS OF OBAMA'S DAUGHTERS FAMILY FRIENDS? MICHELLE OBAMA IS A KNOWN TRANSSEXUAL -- SO HOW DID SHE 'GIVE BIRTH' TO MALIA AND SASHA?"

Other false stories published in the last several years include "Malia And Sasha Obama Were Loaned by Their Real Parents So America Would Accept The Fake First Family" and "Documents Surface Proving That Michelle Obama Never Gave Birth To Malia And Sasha." They all attribute the "proof" to a story on fellowshipofthemind.com titled "Where Are Obama's daughter's Baby Pics And Birth Records." That story is no longer on that page. It just reads "Not Found."

The couple in the photos is Dr. Anita Blanchard and her husband Marty Nebitt. The husband and wife have been among the Obamas closests friends in Chicago for decades. Dr. Banchard, who specializes in obstetrics and gynecology, delivered Malia and Natasha (Sasha) on July 4, 1998 and June 10, 2001, respectively, at University of Chicago Medical Center, according to the New York Times. Nesbitt is served as Obama's campaign treasurer in 2008 and is now chairman of the Barack Obama Foundation.

The claim that Blanchard and Nesbitt are the real parents centers on three points:

1. There are no photographs online, accessible by a Google search showing Malia and Sasha as young children. False. Lead Stories did a quick Google image search and found this photo of the two children at ages 6 and 3 at their father's senatorial campaign office in 2004. 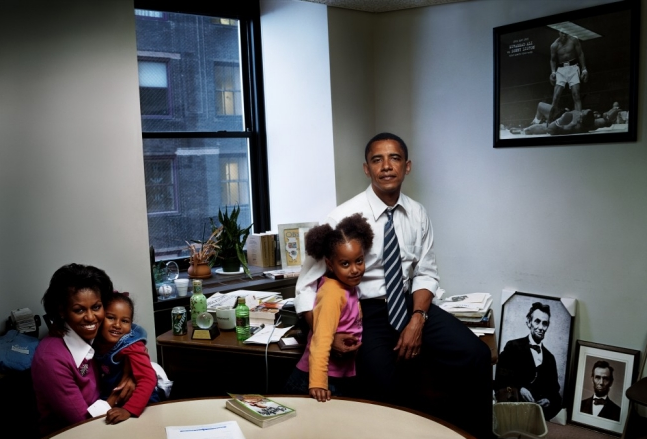 And this is Malia with her parents in 2001 before Sasha's birth: 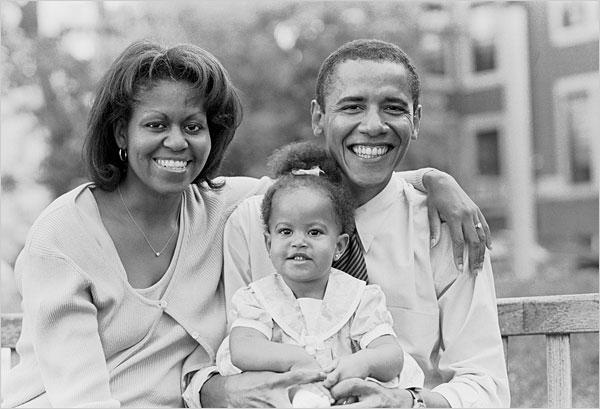 We could show many more, but let's move on to the next point.

2. Malia and Sasha don't look like Barack and Michelle, but they sure look like Anita and Marty. It proves nothing. A cursory comparison of a child's photo with an adult cannot determine if someone is or isn't a that child's parent. That's why courts (and Maury Povich) require DNA tests to prove paternity. To the average white eye, Malia might look somewhat like Nesbitt, but she looks remarkably like Barack Obama. See below: 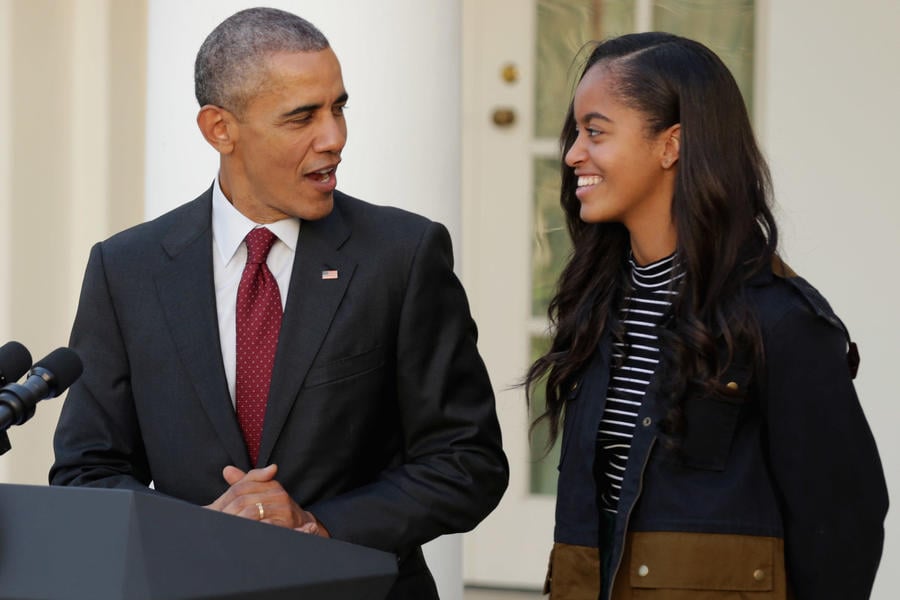 3. Former first lady Michelle Obama is a man and cannot give birth. This is a claim made for years by infamous conspiracy theorist Alex Jones, who posted a video in 2017 claiming "final proof" that she has a penis.The Independent newspaper reported. "In the video, Mr Jones shows a series a pictures of Ms Obama and points out to pleats in her dresses and trousers he says is evidence she has a penis." Jones says this:

"Michelle appears in photos and videos to have a very large penis in her pants, her shoulders are wide, her face is very, very masculine. She looks like a tranny. And so you ask yourself are the children a beard for Obama and of course Michelle Obama or Michael Obama as he has called her."

Other than Jones's own expertise in identifying a penis in pants, there is no evidence. This is the same Alex Jones who recently admitted in a court deposition that his false claim that the Sandy Hook school massacre was a staged hoax was false. According to CNN, Jones conceded the shooting "was real, and said it was a 'form of psychosis' that caused him at the time to believe it was staged."

Finally, if the Obama's decided by 1998, when he was a first-term state senator in Illinois, that they needed to put together a "fake first family," they would have been the only Americans who expected an African-American with the middle name Hussein could be elected U.S. president. Convincing another couple, including a woman who was a doctor, to bear two children and "loan" them for the ruse would have been another major barrier.