Did Turkey just launch an air raid on Tel Aviv in Israel and is CNN reporting about it? No, that's not true: an old video from the 2003 Gulf War showing explosions and air defense systems in action over Baghdad seems to have been uploaded to YouTube with a misleading title in 2010 and the video went viral again in 2019 for some reason.

Turkey launches a devastaing attack on Israel, just minutes after declaring war. The UN condemns the actions of Turkey. 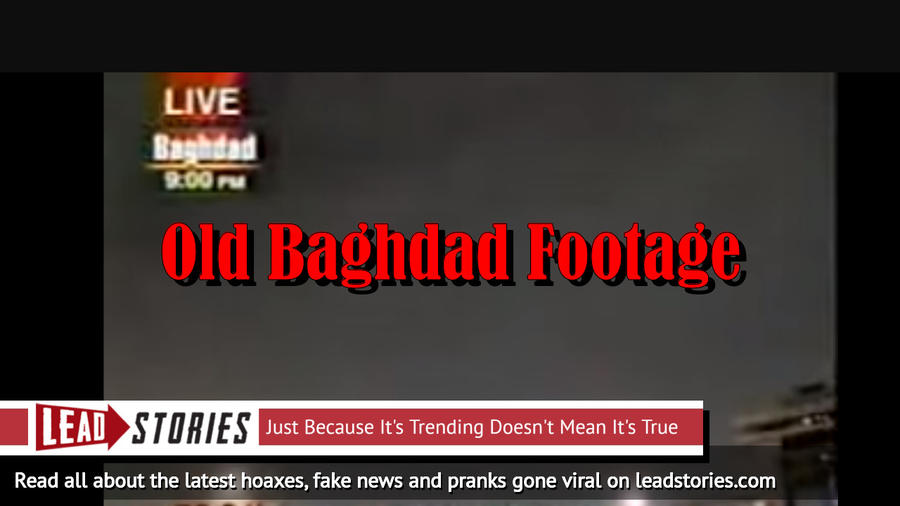 Turkey launches a devastaing attack on Israel, just minutes after declaring war. The UN condemns the actions of Turkey.

This is the video in question:

Here is an archived copy in case the original goes down:

It is quite obvious this is not Israel. The caption on screen literally says "Baghdad". And here is an archived version of CNN's website today, you can see there is no mention of a Turkish air raid on Tel Aviv:

Here's more complete footage, with a correct title for the video: