Did Supreme Court Chief Justice John Roberts call the impeachment of President Trump "immoral and possibly illegal"? No, that's not true: Roberts, who would preside over the impeachment trial of Trump in the Senate, has not talked publicly about the process or the charges against the president. This claim originated as a work of satire but was stolen by other websites without the satire labeling.

Imagine being a Democrat during this whole impeachment sham. You know that the only way to keep getting away with your corruption is to pretend the President is the corrupt one. It's a sad position to be in, but you have no choice because otherwise, Nancy Pelosi will ruin you.

Chief Justice John Roberts, who will preside over the trial of President Trump, has weighed in on what he thinks about the whole ordeal:

"This impeachment is possibly the most immoral and possibly illegal vote in our nation's history. Nowhere in the constitution does the house of Representatives have the power to hold a partisan vote to undo an election. They have the power to impeach on grounds of high crimes and misdemeanors. 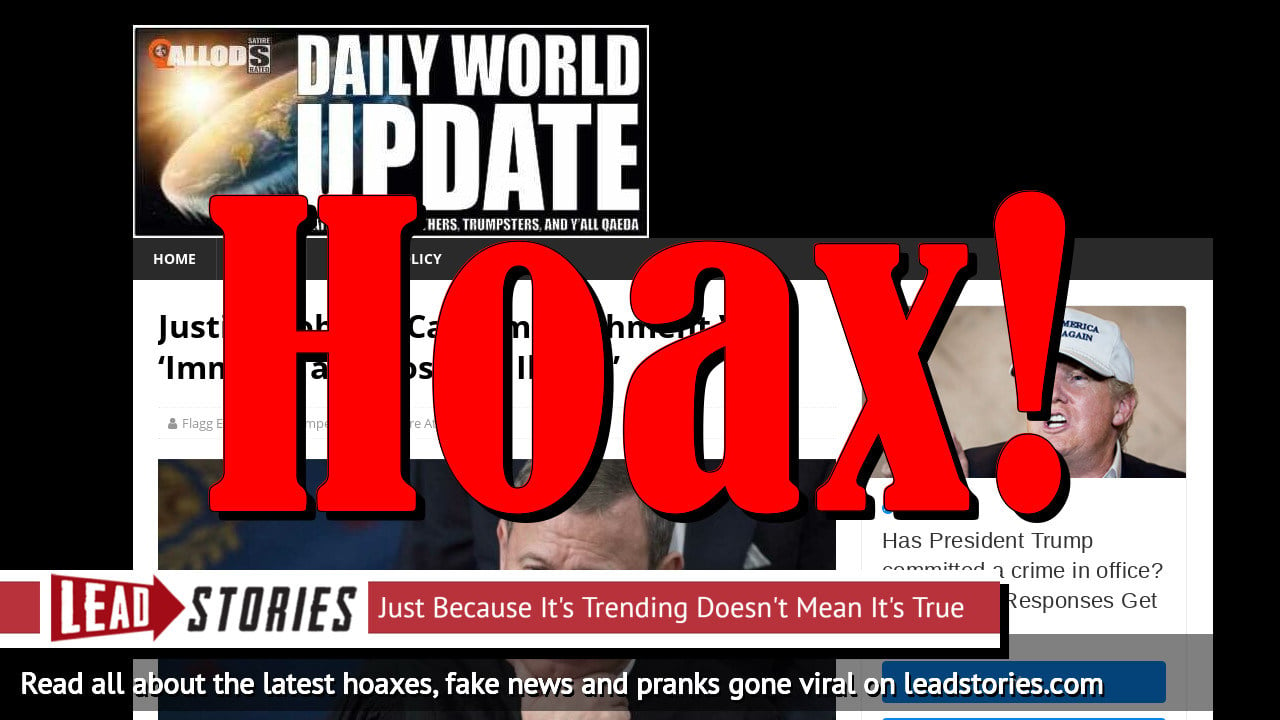 The man who will preside over the trial weighs in on the democrat corruption.

The site that published this as satire comes with a clear satire disclaimer at the bottom of each article:

The owner and main writer of the site is self-professed liberal troll Christopher Blair, a man from Maine who has made it his full time job to troll gullible conservatives and Trump supporters into liking and sharing his articles. He runs several other websites, including wearethellod.com, bustatroll.org or bebest.website. Sometimes, he is also known under his nickname "Busta Troll". A second man working on the sites is John Prager, as revealed in this earlier story we wrote.