Did Democratic Congresswoman Ilhan Omar side with Iran and pledge she would help the country stop President Trump? No, that's not true: a video took a tweet by Omar out of context.

Omar, from Minnesota, did question whether the killing of top Iranian military leader Qassem Soleimani was a distraction aimed to further escalate Iran-U.S. relations to the brink of war. But to say she went further in comments to defend Iran or claim she would single-handedly stop Trump is false.

The claim originated from a video, viewed nearly one million times, published by Breaking Story on January 6, 2020, titled "After Squad Member Ilhan Omar Defends Iran - She Pledges To Help Them Stop President Trump" (archived here), which was titled: 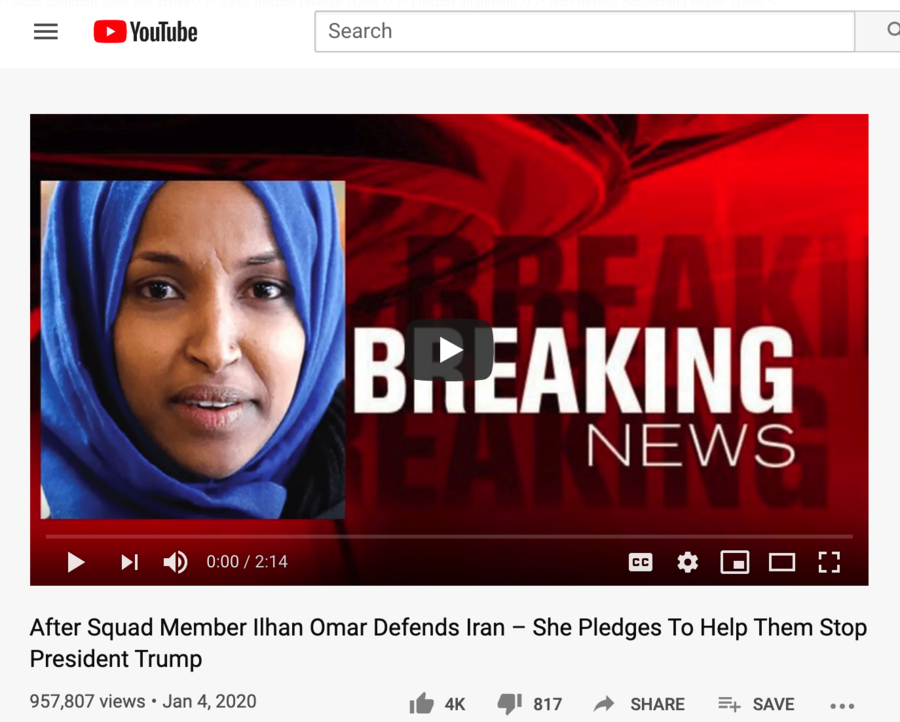 The video, linked below, claims that those in government should praise the assassination of Soleimani instead of fighting it - that it was a strong defensive measure by the U.S. instead of an act of aggression:

This is not true, although Omar did show her skepticism on Twitter, responding to a thread by Democratic Connecticut Sen. Chris Murphy saying that the Soleimani attack may have been an intentional and risky operation given the U.S.'s shaky relations with Iran:

So what if Trump wants war, knows this leads to war and needs the distraction?

Real question is, will those with congressional authority step in and stop him? I know I will. https://t.co/Fj9TMossEW

Omar did say that she would help Congress stop Trump from starting a war with Iran:

I am introducing a War Powers Resolution in the House with @BLeeforCongress to prevent an illegal war with Iran.

We must not allow this President to send our men and women into harm's way without Congressional authority. https://t.co/8OSkZYRXu8

While she said she would team with others in Congress to step up and block any further inciting of conflict with Iran, she never made any mention of allying with Iranians to fight against Trump.

The video also quotes a Washington Examiner story, which featured the same tweet from Omar.

Given the mass sharing of war memes online and concerns about the fallout from the Soleimani attack, misleading information on this conflict is even more threatening.

We wrote about youtube.com before. Here are our most recent articles that mention the site: