Did a YouTube account post real footage of a missile intercept system used during a recent missile attack in Iraq? No, that's not true: The footage is not real, and it is actually part of a videogame that has been used to spoof other global conflicts over the years.

The story originated from a video published by What's Happening Around us on January 12, 2020, titled "US missile defense system in action during the missile attack in Iraq" (archived here). It opened:

Eagle-eyed viewers of the video have noted that it was not taken from the recent conflict between the United States and Iran. On January 7, 2020, Iran launched missile attacks against Iraqi bases housing U.S. troops in response to the killing four days earlier of Iranian Revolutionary Guards Maj. Gen. Qassem Soleimani. U.S. President Donald Trump ordered the strike on Soleimani, saying Soleimani had been planning attacks on four U.S. embassies.

Instead, the video being shared online was taken from a videogame, Arma 3, a military tactical simulator game launched in 2013.

Over the years, the same clip from the game has been used to try to convince viewers it was footage of an actual rocket attack in Syria or a real Israeli anti-missile system in Gaza. In all cases, it was just a scene from a videogame.

The poster of the video updated the header to add that it was from "a simulator," but that was after other users began sharing the falsified video on Twitter: 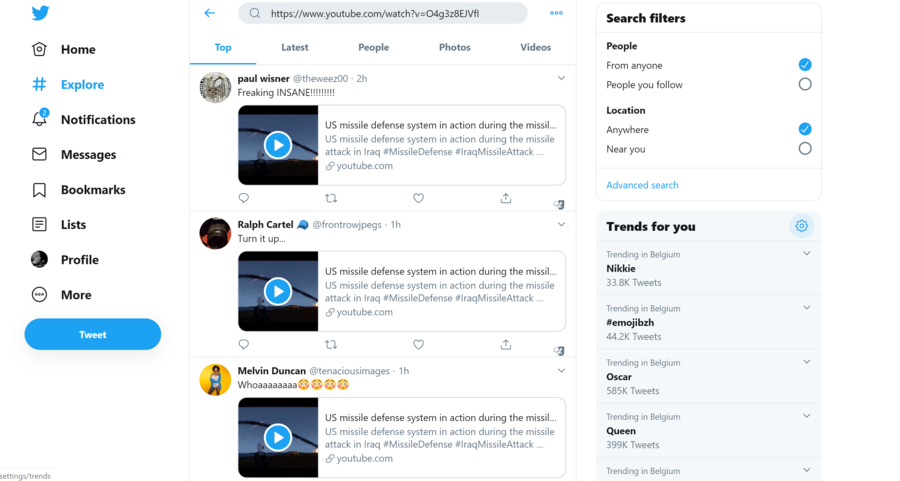