Does a video making the rounds on social media show aerial footage from the drone strike that killed Maj. Gen. Qassem Soleimani at the Baghdad airport on January 3, 2020? No, that's not true: This footage was based off a pre-release teaser of the video game "AC-130 Gunship Simulator: Special Ops Squadron" that was posted to YouTube on March 25, 2015. 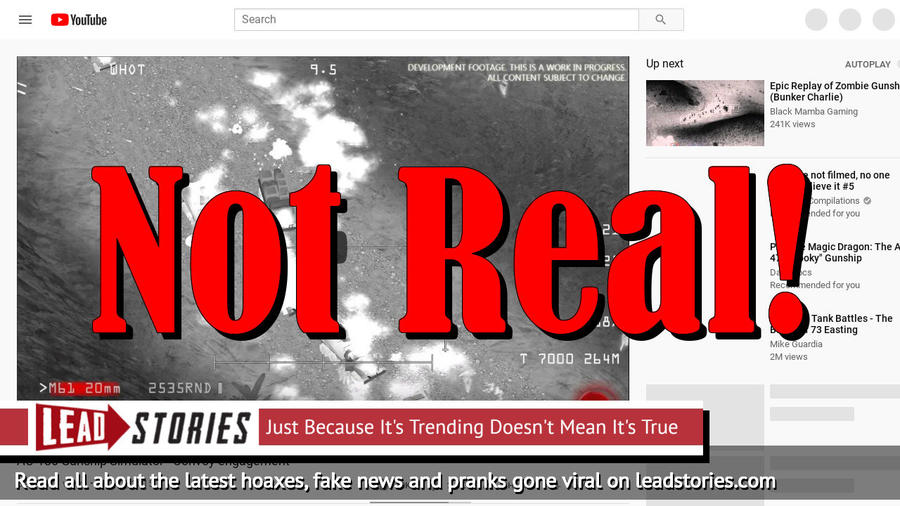 This video game from Byte Conveyor Studios was designed to be played on mobile phones.

The video currently circulating on the internet has had a blurring filter applied over the crisp black-and-white video game footage. The blurring makes the text illegible, and it also masks the cartoonish rendering of the CGI vehicles. AFP India has issued a fact-check with side-by-side still comparisons of the videos and a list of many of the sources who shared the modified video game footage with the misleading caption.

The video was posted by the Jewish Voice Facebook Page with this caption:

Adding yet another layer of believability to this was the content warning that Facebook placed over the blurred video; it told viewers that this video may show violent or graphic content. Viewers on social media saw an image like this: 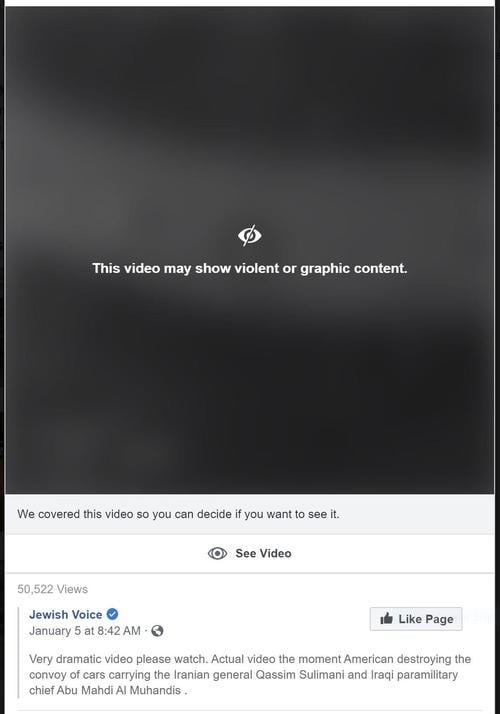 If a person opted to uncover the video, they saw a blurry black-and-white video featuring explosions, flipping vehicles, crashes, and apparent thermal imaging of people running from the wreckage into a palm grove on either side of the curving road. 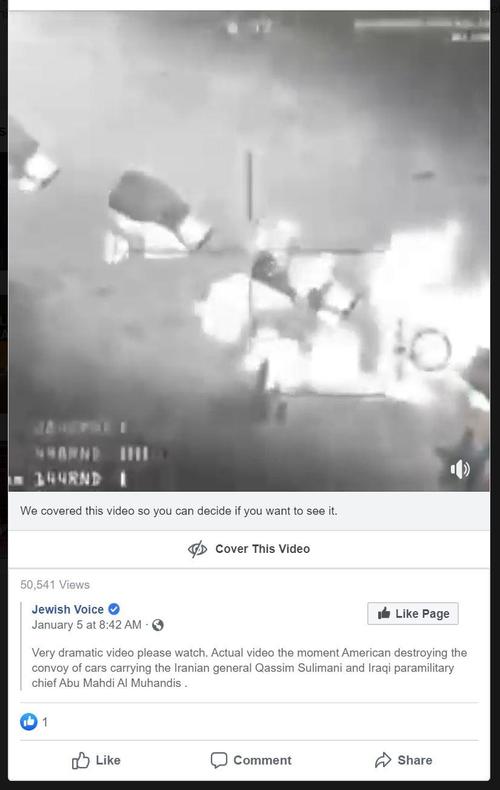 The Iraqi Prime Minister Press Office released several photos of the burning wreckage in the aftermath of the January drone strike, ordered by the White House, at the Baghdad airport - which have been featured by most major news outlets.

Here, they are hosted in a slideshow in an MSN article.

These images show that the airport road was flanked by a tall concrete wall on one side, guardrails on both sides and a straight row of palm trees opposite the concrete wall.