Did former President Obama award the Presidential Medal of Freedom, the highest honor bestowed on an American civilian, to Harvey Weinstein, the famous producer on trial for sex crimes against scores of women? No, that's not true: The image on Facebook is an altered image, playing off the moment when Obama suprised former Vice President and current presidential candidate Joe Biden with the honor at the White House.

The claim originated from a post (archived here) published by Frank Stallone on Facebook on February 7, 2020. The text above the poorly photoshopped image read:

It's ok to give Harvey Weinstein The Medal Of Freedom but not Rush Limbaugh? What is wrong with Society? #medaloffreedom @daily_limbaugh

This is a gross attempt at photoshopping, the word given to altering images that takes its name from the popular software Photoshop by Adobe. Weinstein was never given the presidential award. Rather, this is a bastardized image of Obama, in January of 2017, surprising his vice president and close friend Joe Biden, with the Presidential Medal of Freedom - a moment that shocked Biden into tears.

At the time, CNBC wrote:

Calling him "the best vice president America has ever had," President Barack Obama awarded Joe Biden the Presidential Medal of Freedom Thursday in a surprise tribute to his friend and close adviser for the last eight years.

The medal is the highest civilian honor in the United States, and Biden appeared stunned and wiped away tears.

When he took the podium, he started by jokingly telling his chief of staff "you're fired," for not hinting at the surprise.

Biden, who served as vice president to Obama during Obama's eight years in the Oval Office, is now running for president. On the evening of January 7, 2020, around the time this was posted, Biden was with other Democratic presidential hopefuls at the Democratic debate in New Hampshire after the debacle of the Iowa Caucuses.

Here is the actual image of Biden receiving the award from Obama: 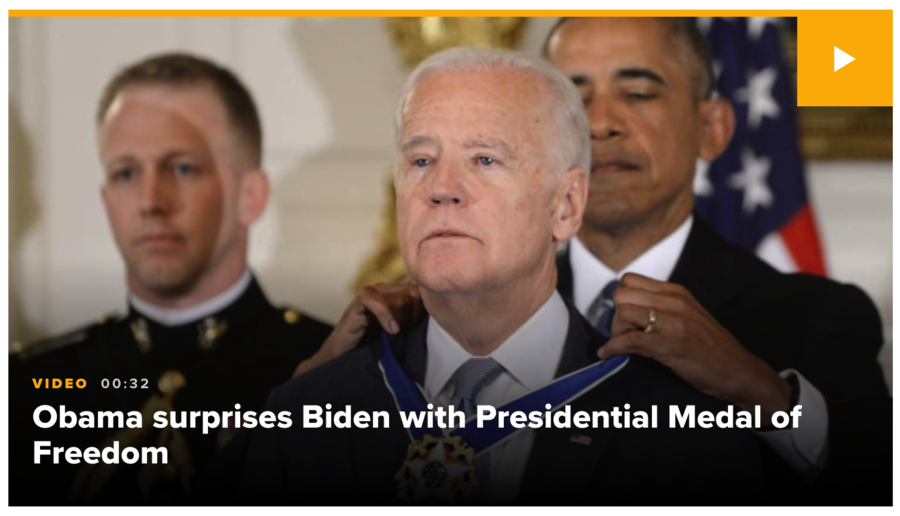 Among other things, Weinstein is charged with raping a woman in March 2013 in a New York hotel, as well as forcing women in 14 years ago to perfrom oral sex on him. The testimony during his trial - prosecutors rested their case on February 6, 2020, and now his defense is calling witnesses - featured sometimes graphic evidence and testimony from people allegedly victimized by the Hollywood producer.

According to AP, he is also facing "a charge alleging Weinstein is a serial predator who has committed multiple assaults over the years."

Users on Stallone's Facebook page took offense at the post, calling out the poorly altered image and pointing out that it was a clear fake. Stallone, a songwriter and musician, is the brother of the actor Sylvester Stallone. His post was shared nearly 200 times. 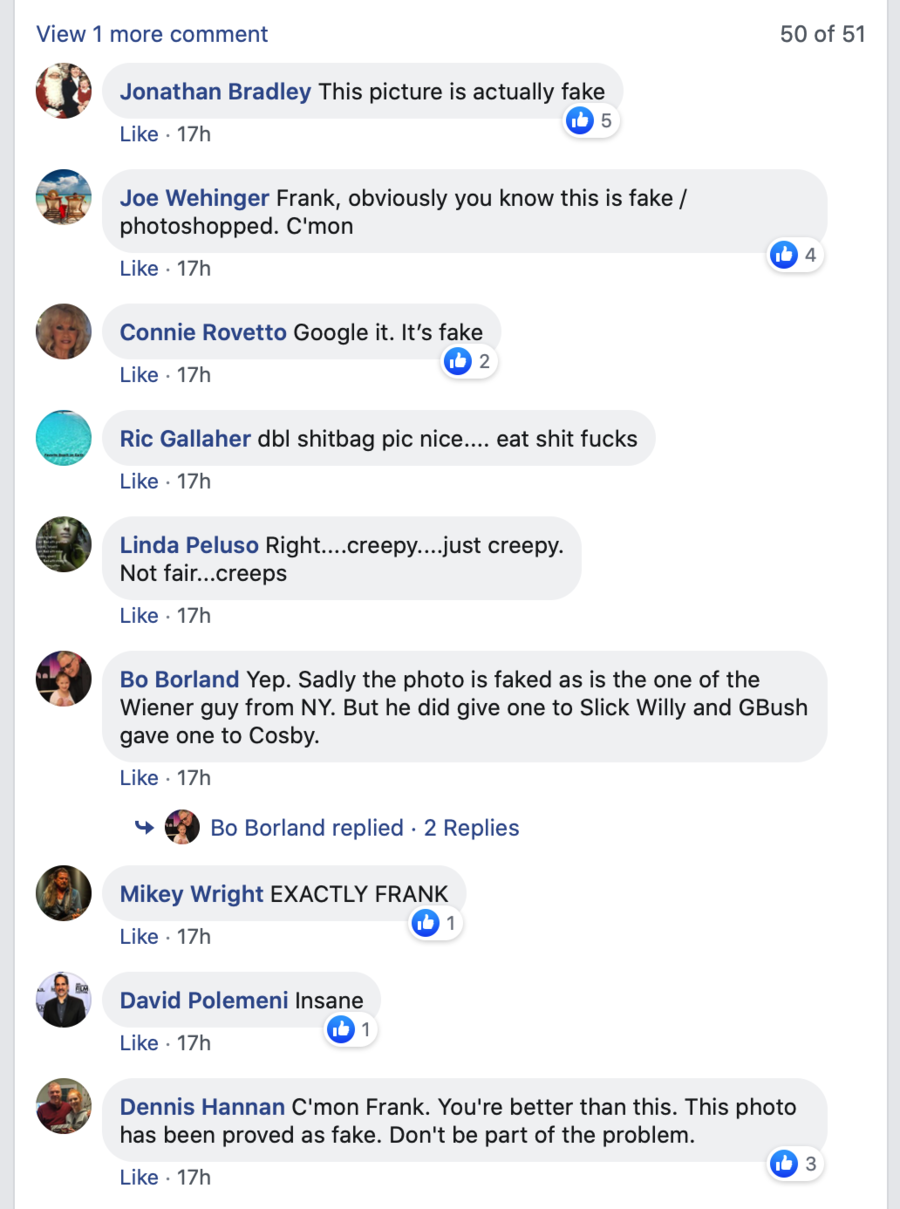 President Donald Trump did - to the applause of conservatives and anger of liberals - award the Presidential Medal of Freedom to Rush Limbaugh during the State of the Union on February 4, 2020. Limbaugh, the controversial conservative talk show host, recently announced he has advanced lung cancer.

Here is a photo from an opinon piece for the Los Angeles Times of the moment Limbaugh received the honor during the State of the Union: 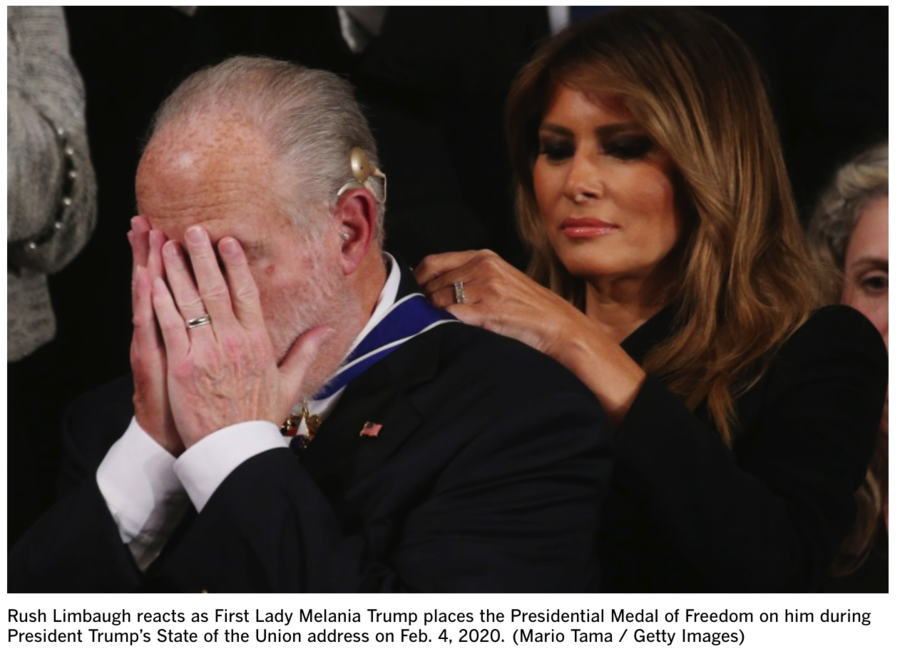 The honor was never given to Weinstein. Snopes debunked the claim in 2017 here, showing the fake image has been around for some time. But it keeps resurfacing, as it did with Stallone's post.

As Snopes noted, the image of Weinstein was combined with one of Bill Cosby, former Congressman Anthony Weiner and President Bill Clinton in a collage that claimed Obama awarded the Presidential Medal of Freedom to many "sexual predators". 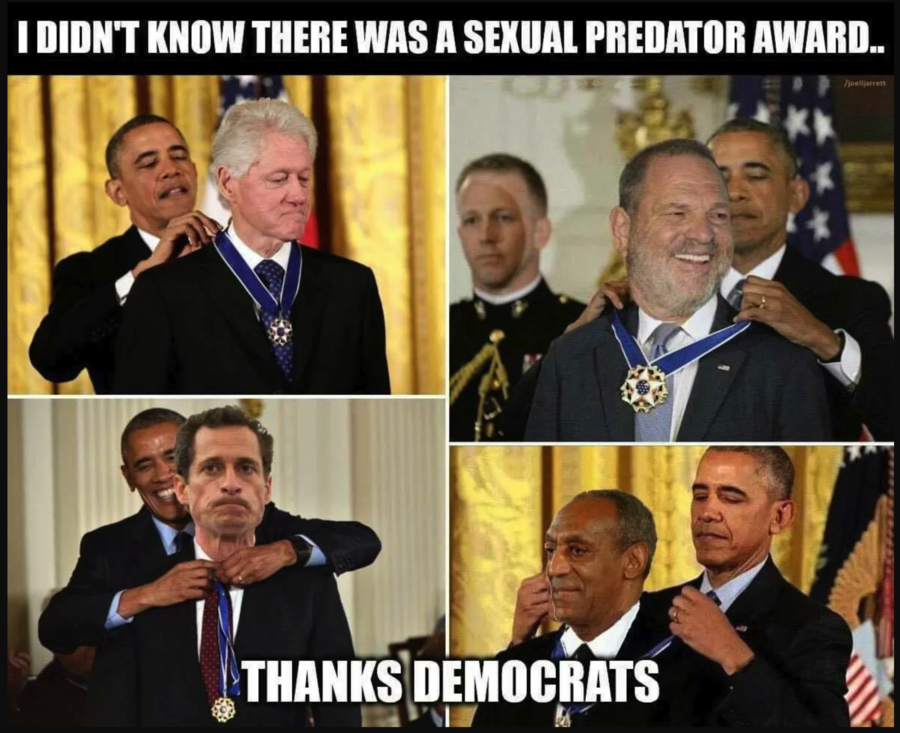