Are the figures cited by the CDC for COVID-19 deaths really referring to deaths caused by flu? No, that's not true: The viruses responsible for each may cause similar symptoms, but they differ in many ways.

The CDC numbers the fake news media isn't reporting
because they go against their hype and panic.
It's the flu!
And the hype is HOAX
used by known liars to cause crisis and chaos
to get the ignorant to join the communists
as they destroy US and the Economy

Because coronavirus was discovered only late last year, and because widespread testing in the United States has only just begun, much remains unknown about the coronavirus pandemic. But the body of knowledge that has already been compiled by public health experts around the world tells a story that differs from the one told in the posting.

COVID-19, the pandemic disease caused by the newly discovered coronavirus, is not the flu, and the numbers above in no way make a case that it is. Both are caused by viruses, and both may present with similar symptoms, but the similarities stop when looking at fatality rates.

According to the U.S. Centers for Disease Control and Prevention (CDC), this year's flu outbreak has caused an estimated 38 million cases, 23,000 of which were fatal. That works out to a case fatality rate (CFR) of 0.06%. In other words, fewer than 1 out of 1,000 people who got the flu this year died from it.

It is not clear where the posting's numbers about the impact of the coronavirus pandemic came from.

The U.S. figures posted by the CDC on March 26, 2020, are found here.That's when officials tallied 68,440 cases and 994 fatalities, which yields a case fatality rate of 1.45% -- more than 24 times the estimated case fatality rate associated with flu.

Other figures have been cited by health authorities. In remarks to reporters on March 3, 2020, World Health Organization Director-General Tedros Adhanom Ghebreyesus noted that 3.4% of reported COVID-19 cases had died. "By comparison, seasonal flu generally kills far fewer than 1% of those infected," he said.

Tedros's figure was not an estimate; it was simply a calculation that was reached by dividing total number of known deaths by the total number of known cases. No one has contended that all the coronavirus deaths were counted, and spotty testing means that many people infected with the coronavirus -- especially those who exhibited mild or no symptoms -- were never counted. Other estimates have put the CFR at 3% and 5%.

Fatality figures will likely change as more information is collected, according to Dr. Manuel Battegay, an infectious disease specialist at the University of Basel in Switzerland.

He wrote in an article published on February 7, 2020, in Swiss Medical Weekly:

Diagnosis of viral infection will precede recovery or death by days to weeks and the number of deaths should therefore be compared to the past case counts - accounting for this delay increasing the estimate of the case fatality rate.

On the other hand, cases in official statistics are likely a severe underestimate of the total - accounting for this underestimate will decrease the case fatality rate. The time between diagnosis and death/recovery and the degree of underreporting will vary over time as well as between cities and countries.

A precise estimate of the case fatality rate is therefore impossible at present." 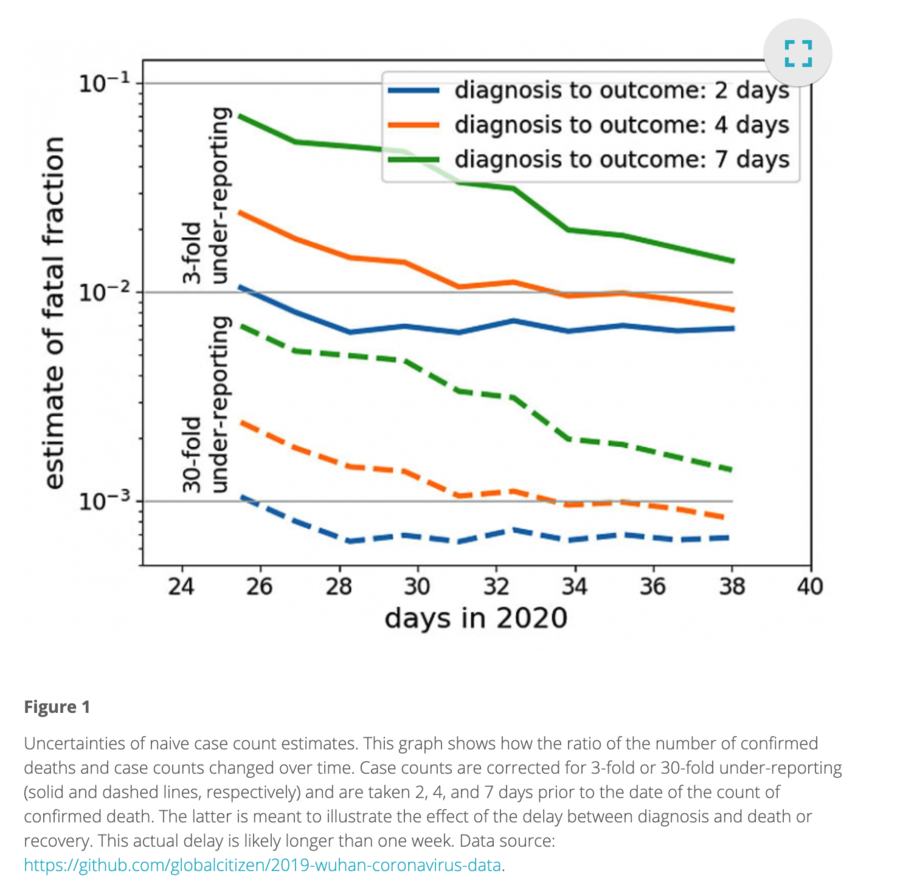 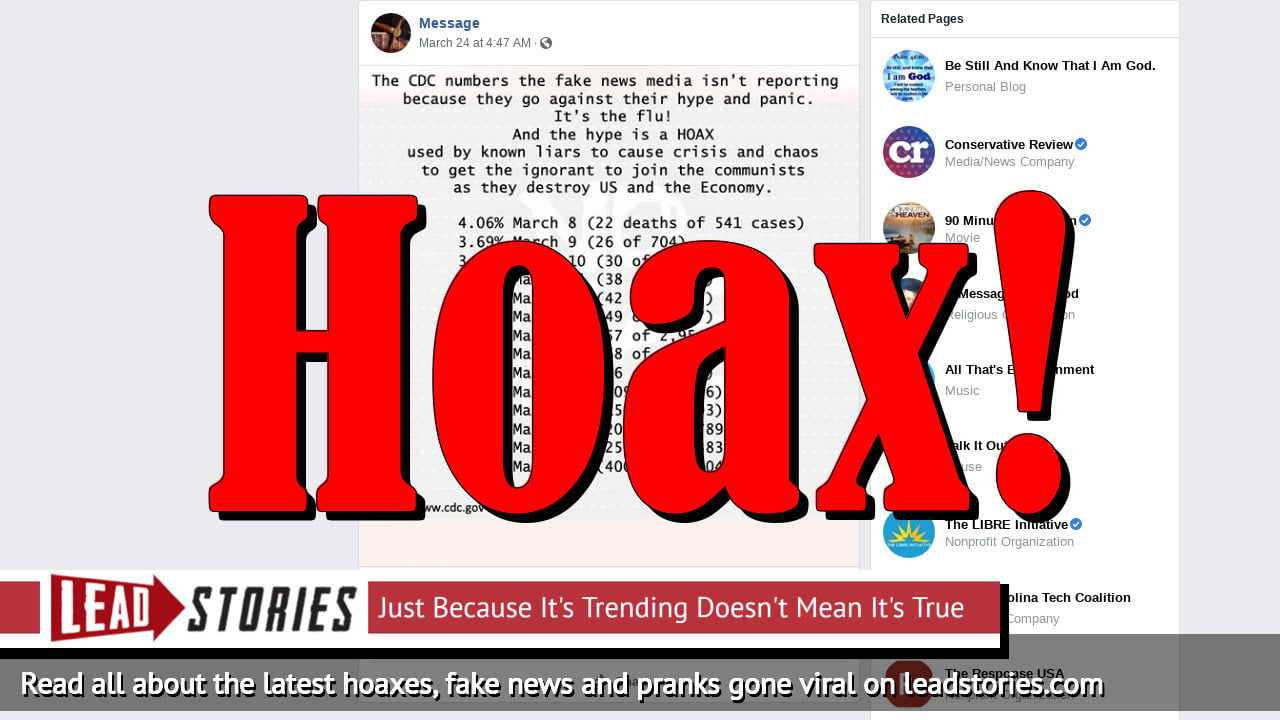