Is there evidence that COVID-19 is (a) not real and (b) simply a scapegoat to deflect blame for an economic disaster? No, that's not true: The global pandemic that's infected about 1 million people that we know of and killed more than 51,000 as of April 2, 2020, is -- sadly -- very real.

The claim questioning the truth behind novel coronavirus appeared in a YouTube video (archived here) published by "minivanjack" -- or Jerry Day -- on March 30, 2020, with the title "Is COVID-19 Even Real?" The description of the video began:

This video presents strong evidence that COVID-19 is a fabrication, unsupported by science or medicine, and why.

Day argues that coronavirus tests, data, agencies and the media cannot be trusted and that what we're seeing is "nothing more than cold or flu-like symptoms." This "false pandemic," Day says, is being used "so people will feel panicky" and is little more than a "trick to convert the worst flu and pneumonia cases into something new that doesn't actually exist."

Furthermore, Day accuses political officials and the media of "whipping up hysteria," making the virus a "scapegoat" so as to allow "blame for the economic disaster to be diverted from central banks and government officials."

We are being suckered to accept a huge new set of restrictions on our lifetimes and personal liberties so we will be powerless against official policy and some kind of new world order can be imposed. ...

I would argue that trusting this pandemic hysteria and participating in economic suicide is a terrible mistake.

Day, who has a production company in Burbank, California, has more than 32,000 subscribers to his YouTube channel, and his videos have received more than 7.3 million views. He describes his YouTube channel this way: "Freedom Topic Videos, Samples of My Productions, Lighting Tutorials, Music, etc."

His latest YouTube video questioning COVID-19 relies heavily on a paper Day reads from that was shared by the Centre for Research on Globalization. The paper was posted by Julian Rose with this preface:

The following is from a medical forum. The writer, who is a widely respected professional scientist in the US, prefers to stay anonymous, because presenting any narrative different than the official one can cause you a lot of stress in the toxic environment caused by the scam which surrounds COVID-19 these days.

The Centre for Research on Globalization is described by PolitiFact as "a Canadian website that bills itself as an alternative news source, but has advanced specious conspiracy theories on topics like 9/11, vaccines and global warming."

The head of the site, Michel Chossudovsky, is the author of, "America's 'War on Terrorism,'" which was found on Osama bin Laden's bookshelf in the compound where he was killed. According to the New York Times, the book "argued that the Sept. 11, 2001, attacks were simply a pretext for American incursions into the Middle East, and that Bin Laden was nothing but a boogeyman created by the United States."

The March 30 post about COVID-19 from Day garnered more than 331,000 views at the time of this story's publication, an audience that has far outpaced his previous posts.

One topic he often speaks about is the supposed danger of utility meters. In fact, his video questioning the truth behind COVID-19 was sponsored by a site he's often linked to, EMFhelpcenter.com, which is described this way:

Day has also been linked to FreedomTaker, which is described this way:

In addition to being a depository of free download documents, this web site is a reminder of how important it is for every individual in society to "take", to actively claim, protect and defend the freedoms he or she values.

This individual commitment has continuously faded and fallen to neglect from the very moment the cannons were silenced at the end of our Revolutionary War in 1776.

And he's also questioned the safety of vaccinations, as illustrated in this social media post:

Lead Stories is working hard to debunk false stories spreading about COVID-19, which has already killed more than 5,100 people in the United States alone.

Here are a few recent examples:

Fact Check: Big Pharma Is NOT Behind Massive Infection and Death Rates in COVID-19 Conspiracy 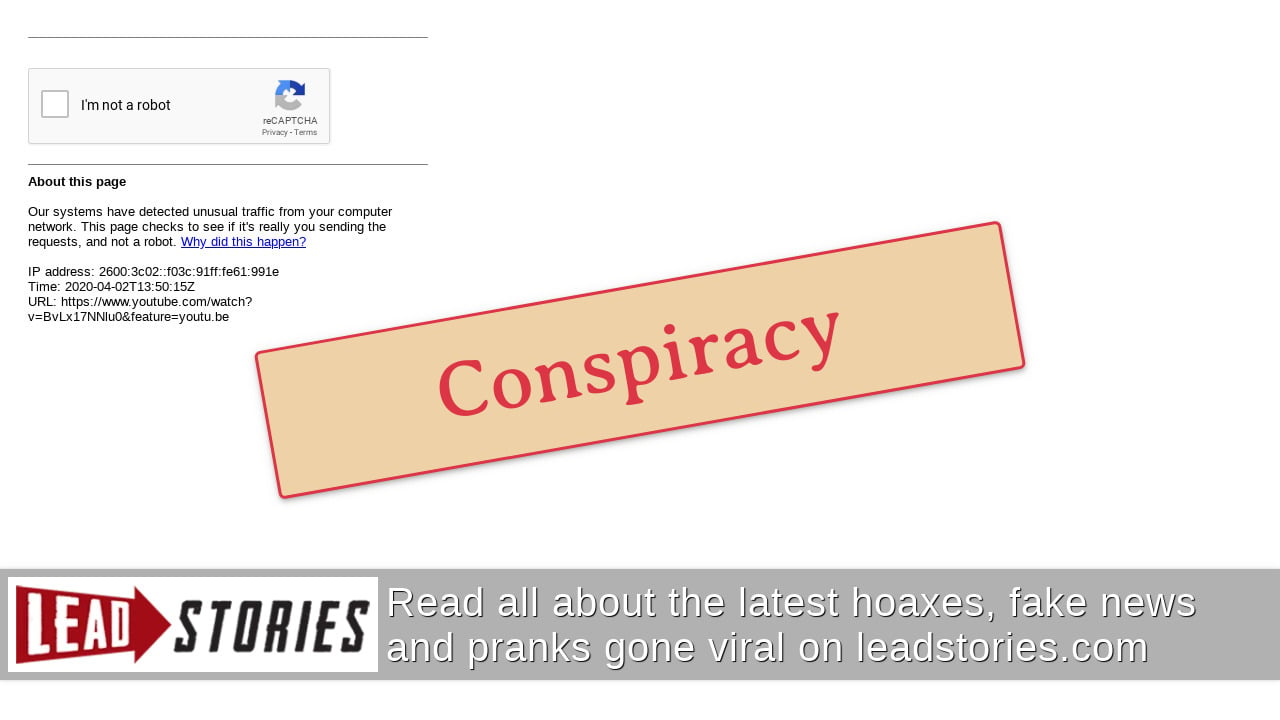