Does the claim that Joe Biden doesn't remember Tara Reade, his accuser on sexual assault allegations, hold up after a supposed photo of him with her emerged from Biden's years in the Senate? No, that is false on two counts: An image purporting to show Biden with Reade making the rounds on social media gets the woman wrong, and a review of the interview in which he supposedly says he doesn't remember her shows he never specifically denied recalling her.

The picture being shared is actually of the presumptive Democratic presidential nominee with then-Attorney General-designate Zoë Baird from 1993, as revealed by a simple Google reverse-image search.

The claim that Biden was pictured with Reade appears in many online posts, including this one (archived here) put out on Facebook on May 2, 2020. The text on the post read, "perhaps". The text of the meme read:

Joe Biden says he can't remember Tara Reade. Perhaps this will help to refresh his memory."

There is one large problem with these posts. It is not Reade, the ex-Biden staffer from his days in the U.S. Senate, who claims Biden sexually assaulted her in a Senate corridor, pushing her against a wall and penetrating her with his fingers. This is a picture, from the New York Times, of Reade, now 56: 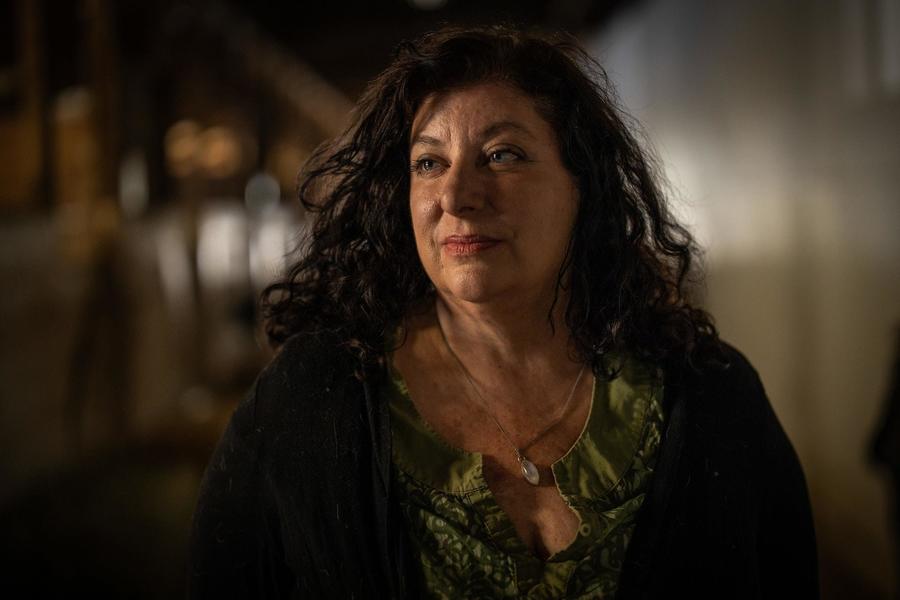 Here is the real photo that the memes mistake -- but are nevertheless being shared, gaining much traction in recent days as posters pounce on Biden's age, rumored touchiness and supposed memory problems. The photo is from The Associated Press: 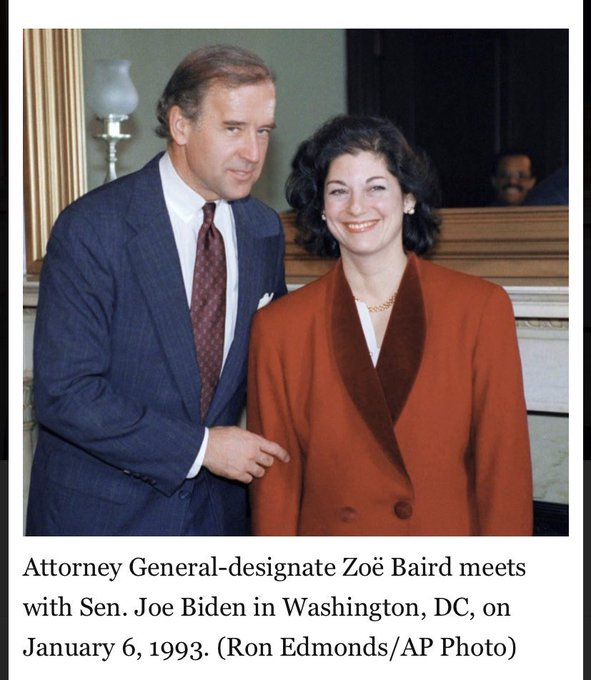 The image in the meme is not of Reade, but rather of Baird, who was appointed by President Bill Clinton in 1993. Baird is now a lawyer and president of Markle Foundation -- a health care, tech and national security nonprofit.

Biden has strongly denied the allegations by Reade, who in an interview with the AP, stood by her allegations but says she can't remember what words were used in any complaint she filed. No complaint, other than what she recently filed with Washington, D.C. police, has so far been found. Here, NBC News explains the situation on May 2:

Tara Reade, a former staffer accusing former Vice President Joe Biden of sexual assault, specified Saturday that she's 'not sure' what wording she might have used in the paper complaint she says she filed with a Senate personnel office in 1993.

'I filed a complaint re sexual harassment and retaliation but I am not sure what explicit words on that intake form until we all see it again,' Reade told NBC News in a text message Saturday.

Reade has said that the complaint, if it's found, would not include the sexual assault allegation that she came forward with in March. She told the Associated Press in an interview Friday: 'the main word I used -- and I know I didn't use sexual harassment -- I used 'uncomfortable.' And I remember 'retaliation.''

Biden has insisted that no record exists, but nonetheless on Friday sent a letter to the Secretary of the Senate asking that they 'take or direct whatever steps are necessary' to determine where any such personnel record would exist, and release to the public any documents it finds related to any allegation Reade might have made.

'It is not true, I am saying unequivocally it never never happened and it didn't,' Biden said in an interview on MSNBC's 'Morning Joe.' 'It never happened.'"

Here is the "Morning Joe" interview from May 1, 2020, with Biden, who never directly answers the question of whether he remembers Reade: