Did House Speaker Nancy Pelosi order a 100-year-old Ten Commandments monument removed from the U.S. Capitol? No, that's not true: This is a fake story published by a satire website. The publisher is infamous for trolling conservative readers with sensational claims, mostly about Democrats. These articles are often plagiarized by other websites without the proper satire warnings.

The claim originated in an article published by wearethellod.com on April 14, 2020 titled "Pelosi Has 100-Year-Old Ten Commandments Monument Removed from Capitol" (archived here) which opened:

Nancy Pelosi has stooped to a new low. This time, attacking a 100-year-old monument devoted to the 10 commandments that has been in the lobby of the capitol building for nearly a century.

Work crews showed up and made quick work, rolling the monument out and down the ramp for disabled people.

Nothing in this story is real. There is no Ten Commandments monument at the U.S. Capitol. The man who received the tablets from God does appear above the entrace to the House chamber. Moses is one of 23 marble relief portraits installed above the gallery doors around 1950. There us no evidence the Speaker Pelosi has made a move on ousting Moses. 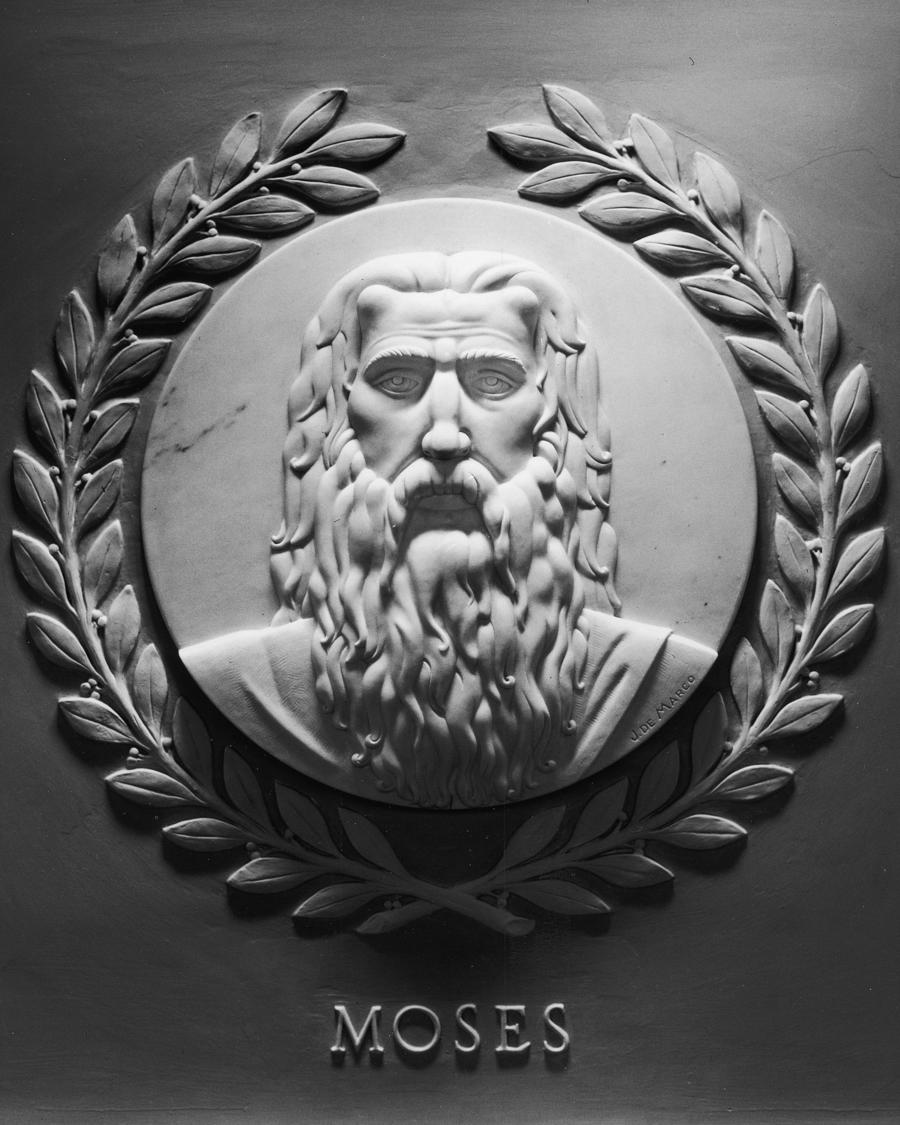 The photo used to illustrate the story is actually a photo of workers removing a Ten Commandments monument from the Alabama state capitol in 2003 under a federal court order.

The owner and main writer of the site is self-professed liberal troll Christopher Blair, a man from Maine who has made it his full time job to troll gullible conservatives and Trump supporters into liking and sharing his articles. He runs several other websites, including wearethellod.com, bustatroll.org or bebest.website. Sometimes he is also known under his nickname "Busta Troll". A second man working on the sites is John Prager as revealed in this earlier story we wrote.