Did the Daughters of the Confederacy sue NASCAR for violating the First Amendment? No, that's not true: This claim is from a satirical article written by a known network of satire websites. Once the user clicks on the story -- instead of just sharing the thumbnail and headline -- they will find a website littered in satire disclaimers. Other websites, however, steal the story and republish without the satire labels.

The claim originated from an article published by bustatroll.org on June 13, 2020 titled "'Daughters of the Confederacy' Sues Nascar for Violating 1st Amendment" (archived here). It opened:

The First Amendment is listed first for a reason, and that reason is simple. It is because it is the most important freedom that all other freedoms stem from. Without the ability to speak your mind, you would not have any freedom at all. This greatest amendment prevents companies from telling you what you can or can't say, which is precisely why they are being sued by the Daughters of the Confederacy organization.

'Daughters of the Confederacy' Sues Nascar for Violating 1st Amendment 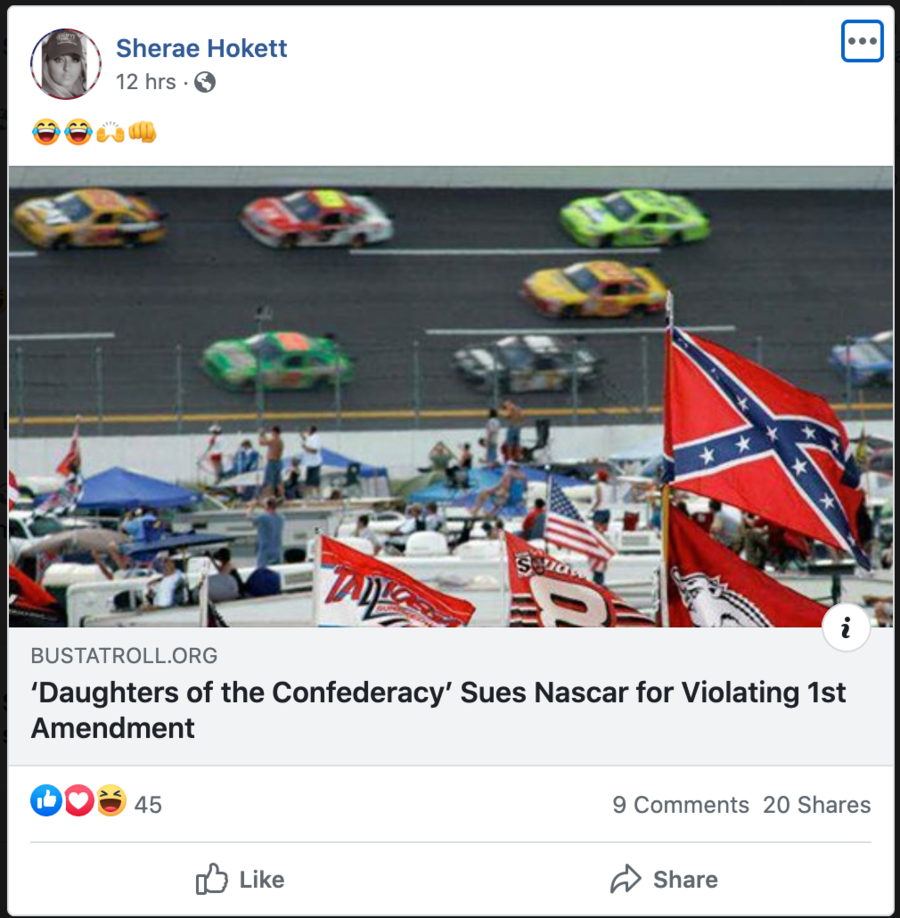 Although the United Daughters of the Confederacy remains a functioning organization, the group did not sue NASCAR for banning Confederate flags.

Not only is it false that the Daughters of the Confederacy sued NASCAR, it's also false that NASCAR is in violation of spectator's First Amendment rights. When spectators purchase a ticket, they're actually purchasing a license. Because NASCAR is a private enterprise administering the license, it can decide what can and cannot be done at their events, according to a report by The Charlotte Observer.

The bustatroll.org site is part of the "America's Last Line of Defense" network of satire websites run by self-professed liberal troll Christopher Blair from Maine along with a loose confederation of friends and allies. He runs several websites and Facebook pages with visible satire disclaimers everywhere. They mostly publish made-up stories with headlines specifically created to trigger Republicans, conservatives and evangelical Christians into angrily sharing or commenting on the story on Facebook without actually reading the full article.