The claim appeared in a post (archived here) where it was published by a Facebook user on June 24, 2020. It read:

ALL STATUE LIVES MATTER. What the hell did Jimi Hendrix do?

The sentence "ALL STATUE LIVES MATTER" is a play on the phrase and organization "Black Lives Matter." 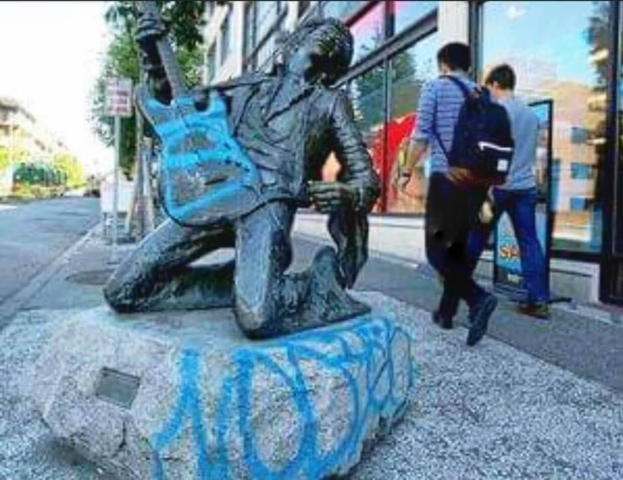 Hendrix was born in Seattle in 1942. Although Hendrix died at 27, he is still regarded as one of the most celebrated guitarists of all time.

Some of the post about the Jimi Hendrix statue also included a similar claim about a Stevie Ray Vaughan memorial in Austin, Texas. Read Lead Stories' article titled Fact Check: Stevie Ray Vaughan Statue Was Vandalized In 2020, But Viral Image Is 2018 Attack