Did Democrats set up a special "defense fund" for Darius Sessoms, the neighbor who allegedly shot and killed 5-year-old Cannon Hinnant last month in North Carolina? No, that's not true. There is no evidence that Democratic organizations, including the Democratic National Committee, were behind GoFundMe and Facebook efforts to raise money for Sessoms -- all of which were taken down for violating policies at the two companies.

The claim that Democrats -- or "Demorats," as the post said -- had set up the fund is found in a post (archived here) published to Facebook on Aug. 24, 2020. The post, which is a simple meme, reads:

Makes my blood boil that the demorats created a 'DEFENSE FUND' for the dirty scumbag who MURDERED 5 YEAR OLD CANNON HINNANT."

Another post claims it unfair for these companies to allow funding for Sessoms while forbidding funding for Kyle Rittenhouse, the 17-year-old accused of killing two and injuring a third in an Aug. 25 shooting during a racial justice protest:

The posts offer no evidence that Democrats were behind the fundraising efforts, including this tweet claiming the Facebook group was an anti-Trump effort to drum up support for Black Lives Matter:

#SayHisName #CannonHinnant
🚨Sick🚨
FB has new group "Justice for Darius Sessions"
What💩!
OVER 21K MEMBERS!
They believe he's innocent & this was setup by Trump to confuse blm narrative...
Look at 'About' & ?? to join
🇺🇸🇺🇸🇺🇸#Trump2020
Read about it here: https://t.co/r6rEcVaE0L pic.twitter.com/tVCyIq4XM1

GoFundMe pokeswoman Jenny Perillo sent this response to an inquiry by Lead Stories:

I can confirm that any GoFundMe campaigns attempting to raise funds on behalf of Darius Sessoms are against our GoFundMe Terms of Service. All related GoFundMe campaigns have been removed from the GoFundMe platform. No donations were made...There were seven fundraisers created and all were removed by our Trust & Safety team here at GoFundMe. The campaigns were removed before a single donation was made."

At Facebook, a company spokesperson said the Justice for Darius Sessoms group was shut down last month for violating part of their policy on Hate Speech despite gaining some 21,000 backers, as shown below. The spokesperson could not say when it was set up, by whom, or give the exact date it was taken offline: 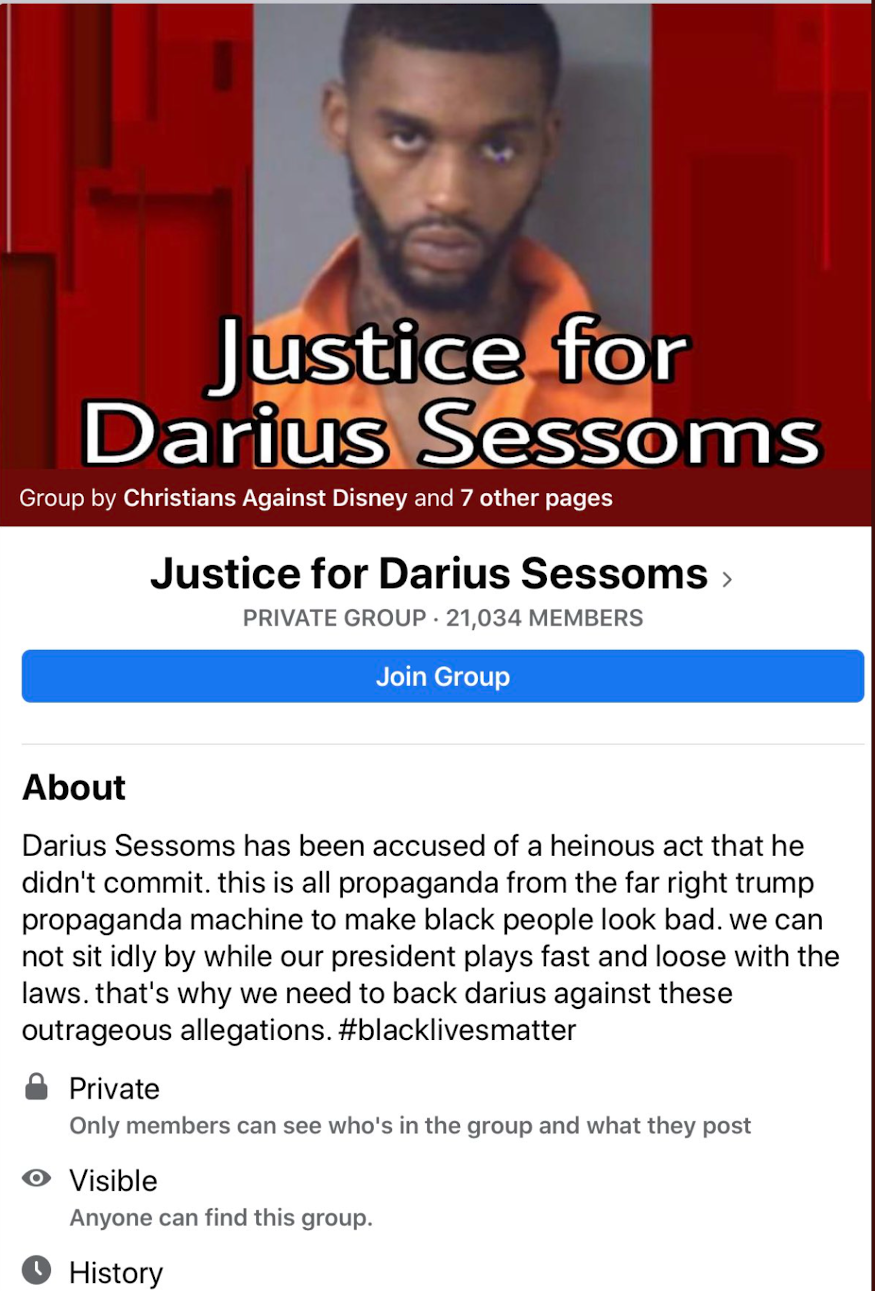 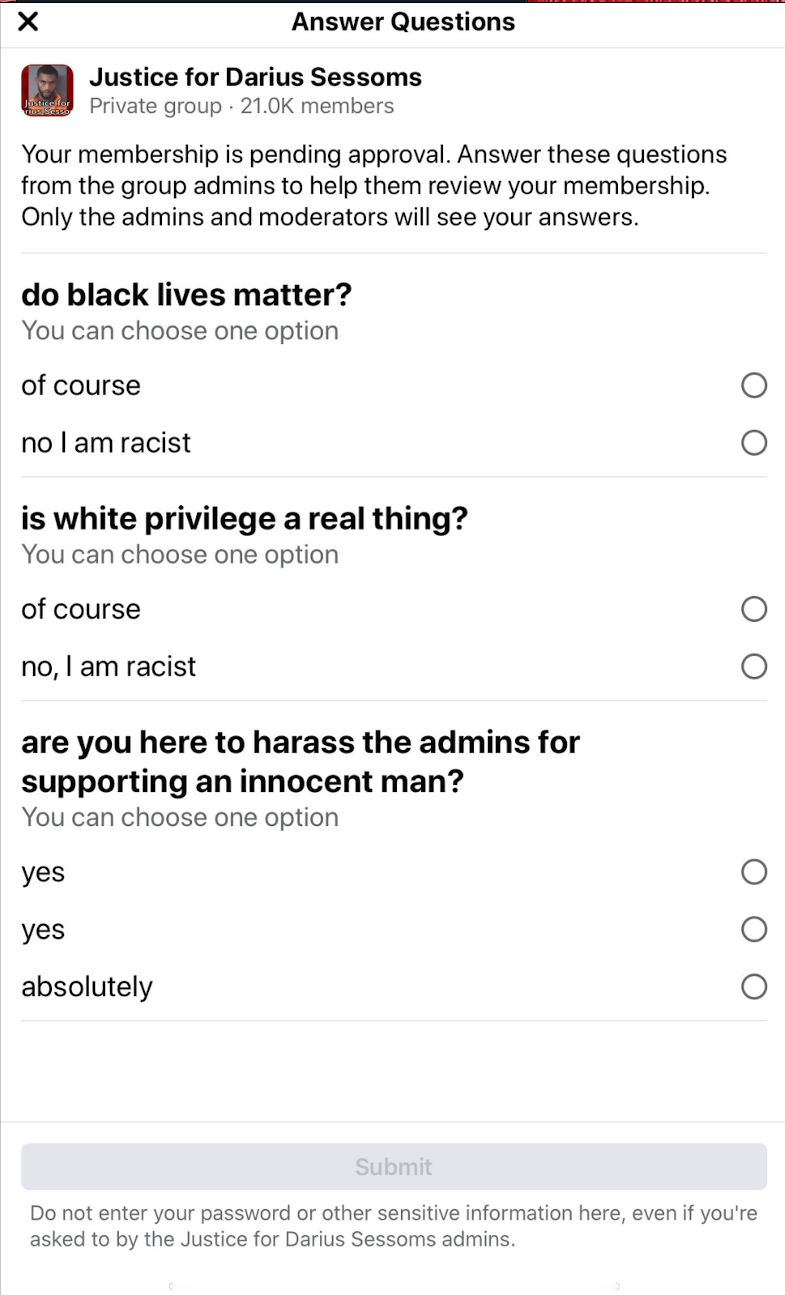 There was a legitimate GoFundMe page for Cannon's family, Justice for Cannon, which was set up by his grandmother and raised $813,261 before being closed to donations that paid for, among other things, the boy's funeral and services on Aug. 14.
There are also active fundraisers for the victims of Rittenhouse's alleged shooting during the protests following the death of Jacob Blake, who was shot seven times in the back and is paralyzed from the waist down. Yet two Christian funding groups, GiveSendGo and FightBack, have raised nearly $1 million to benefit Rittenhouse, according to a report on Insider on Sept. 4.
GiveSendGo reportedly will give funds received through that site to FightBack for the Rittenhouse's legal defense against charges including two counts of first-degree intentional homicide.