Are there images hidden in redesigns of US currency that depict a progressive scene of the attack on the World Trade Center and the collapse of the twin towers on September 11, 2001? No, that's not true: A video purporting to demonstrate that claim uses bills that -- except for the $1 and $100 bill -- were all redesigned and printed after 2001. That alone discredits the presentation and the claim. And that's without even discussing the practical matters of pareidolia -- or seeing images in unrelated shapes, such as seeing faces in cloud formations -- the symmetry of printed currency, and the unfathomably cruel theory of conspiracy leveled at the designers and engravers working at the US Treasury's Bureau of Engraving and Printing.

The claim was purportedly demonstrated in a video on Facebook (archived here) published by Roy Fields on September 11, 2020. It was captioned:

This may be the most controversial live post I have done to date. Is it a coincidence that I am showing you this on the anniversary of 9/11? You tell me what you see. 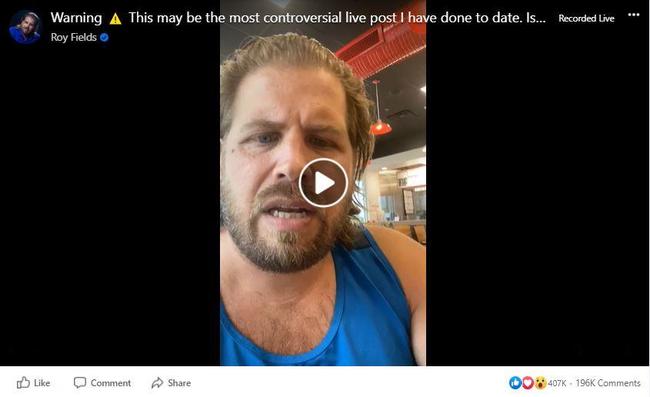 The video opens with a warning that the information may be unnerving and unsettling, and then offers a disclaimer about missing, respecting and honoring the lives that were lost in the 9/11 attacks. Moving on, a money-folding parlor trick is introduced that never explicitly spells out what is being proposed about the money design and the 9/11 attacks. Later on, the 12-minute video morphs into a Christian evangelic message. Roy Fields, the narrator and demonstrator, explains that someone sent this currency mystery to him and it captured his interest. Later in the video he says:

The set-up to the demonstration introduces the time in the late 1990s when all of the U.S. currency was redesigned. To prove this assertion that the US currency was all redesigned before the attacks on 9/11/2001, what occurs is a misdirection. A Google search for "When was the money redesigned in the US" is performed. (about 02:00 minutes into the video). The selected caption from the history portion of the website www.uscurrency.gov is read: 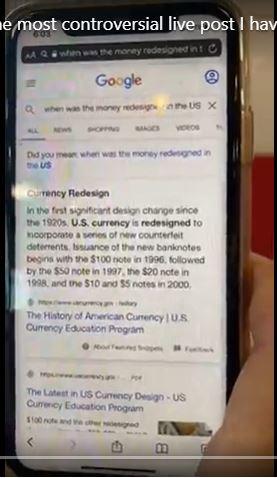 The website's history section has several entries beyond what shows in the Google search caption. These describe denomination redesigns that were issued in the 2000s. The Federal Reserve Currency Website was launched in 2015. It is at this website where images of the various denominations, front and back, their design changes and security features over the years can be found. This is the reference where the specific bills used in this money-folding demonstration can be dated and disproven.

With the Google search, the audience is led to believe that what they are about to see was worked into the redesign of the U.S. currency before the attacks of 9/11/2001. How this could have happened is not specified but there are clear implications. Did the designers and engravers have the ability to see into the future? Or did they have inside knowledge about something that was going to happen -- and, rather than raising the alarm and saving thousands of lives, chose instead to code their knowledge of the impending disaster into bizarre origami pictographs hidden in the United States currency?

After the demonstration Fields summarizes:

Folks this is undisputable!

This is not a joke."

This video does not mention that the folded bills in the demonstration (except for the $1 and $100 note) are all redesigns that happened after 2001. At the denominations page on the U.S. Currency Education Program website, it is possible to view the design changes over time. One feature that did not appear on U.S. currency until 2003, when the $20 note was redesigned, are the very tiny scattered yellow numbers on the back of the bill. Any bill with that feature was printed after 2003. Below are screenshots from the video with the year of each bill's design noted. The $5, $10, $20, and $50 note in the video all have the scattered yellow numbers on the back, meaning they were printed well after 2001. 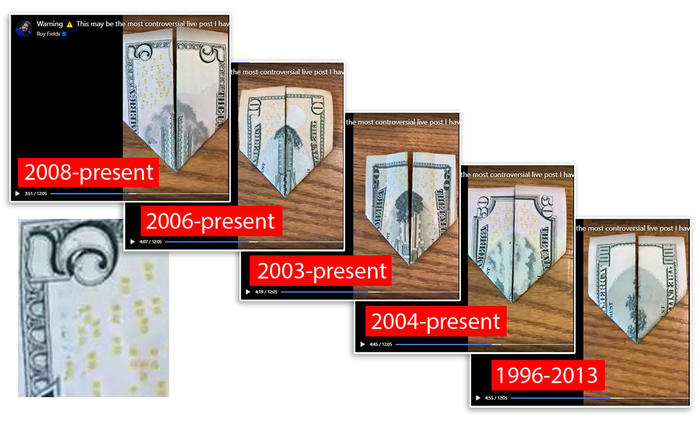 Below is the 1835 presidential portrait of Andrew Jackson by Ralph Eleaser Whiteside Earl. It is clear that Jackson's prominent forehead was a personal characteristic featured by portrait artists. At the bottom of the image are the three presentations of the engraving of Andrew Jackson as it appeared on the U.S. currency in 2003, 1990 and 1998. Although aspects of the engraving's highlights and shadows are reworked to suit the background, the portrait itself has not had the scale of the forehead modified to make it appear more like a mask when the bill is turned upside down and folded just so. 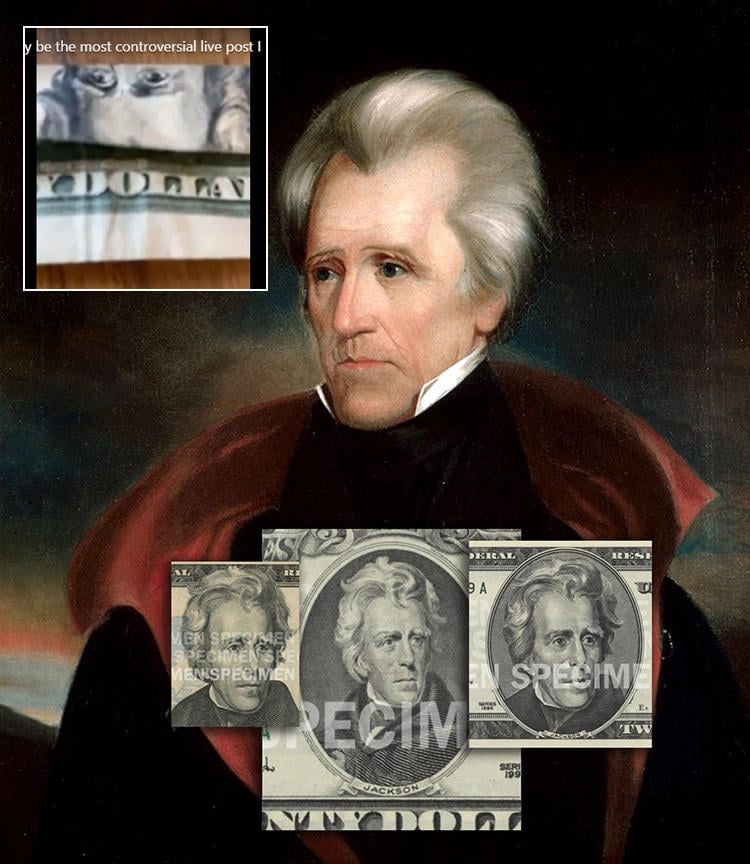