Is this a real photo of Barack Obama kissing the former prime minister of the United Kingdom, David Cameron? No, that's not true: It is a doctored photo created by pasting together two separate photos of Cameron and Obama kissing their wives.

The claim appeared in a Facebook meme (archived here) where it was published on April 1, 2013 with the caption, "everyone, make sure this image can't be removed off the internet. okay?" The text in the meme read:

Obama wants it off the internet!

The original photo is actually a snap of the former president kissing his wife Michelle Obama following his victory speech after he was elected president in 2008: 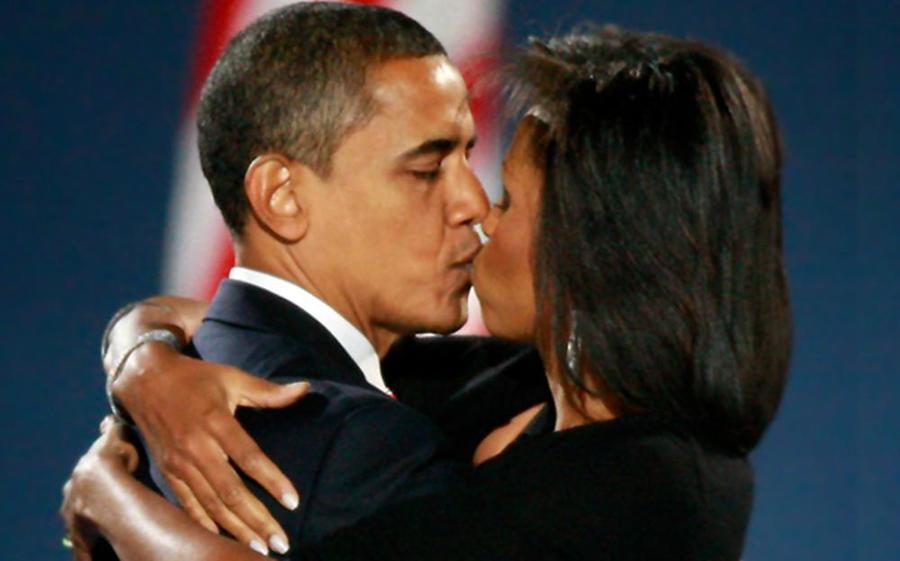 The following is the original photo of Cameron and his wife, Samantha Cameron: 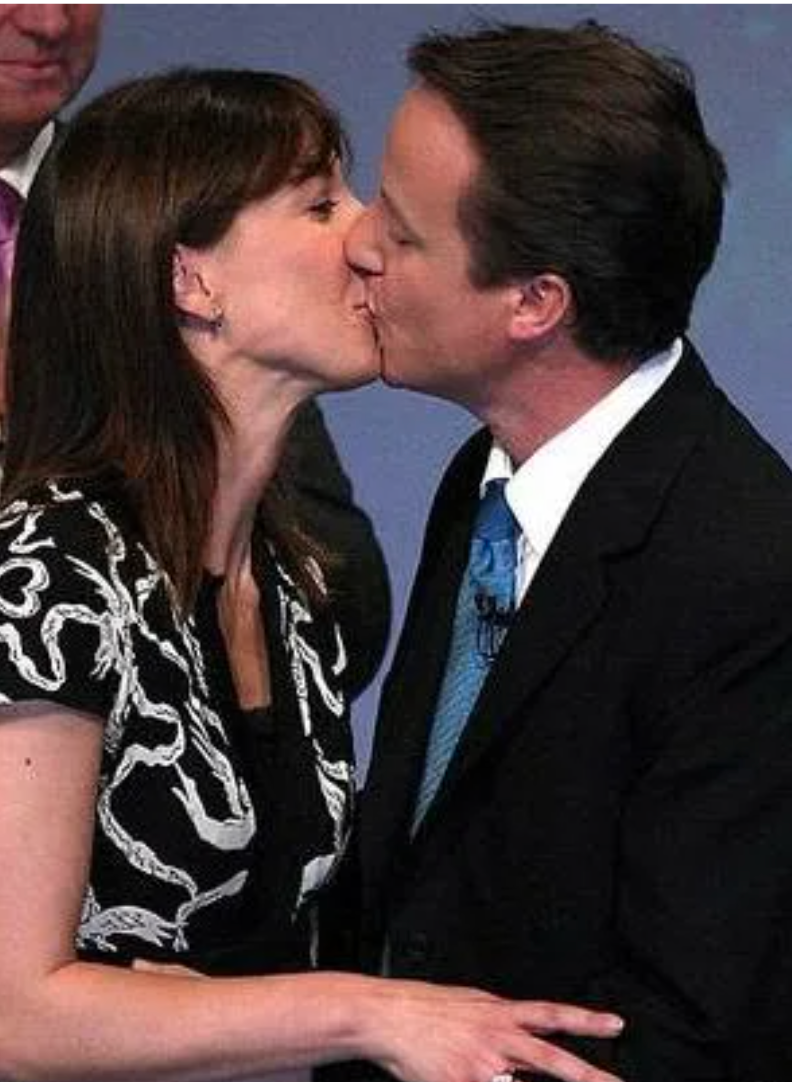 Other doctored versions of this photo also include Michelle Obama and Oprah Winfrey poorly pasted into the corners looking on skeptically. Those versions are not real either, of course. 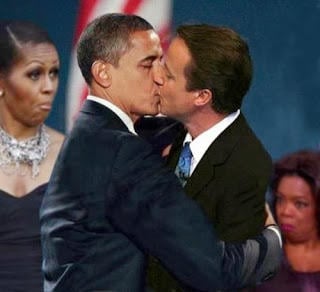