Were thousands of mail-in ballots for registered Republicans in Pennsylvania destroyed? No, that's not true. The paper items shown in the video are mailers from the Pennsylvania Republican Party to encourage people to request a mail-in ballot. They are not themselves mail-in ballots. A video claiming to show shredded mail-in ballots cast for Donald Trump only shows a private direct mail company's "residual print production waste", the company that was hired to produce them told Lead Stories.

The claim appeared as a video in a post (archived here) where it was published on Instagram on October 8, 2020. The text introduction said "VOTER FRAUD AND TAMPERING IS REAL AMD FROM THE LEFT WAKE THE HELL UP PEOPLE DEEP STATE HAS ENCOURAGED THIS INSANE MENTALLY ILL OVERREACTING BEHAVIOR TO COVER THEIR OWN CORRUPT PEDO ASSES. The text on the video read:

Hmmmm trust mail in ballots they say....trust USPS they say. Fucking clowns on the left are so desperate.
Shredded Pennsylvania Mail in ballots that look like they were registered to republicans and have names and addresses. How many ballots in each truck? How many trucks? How many County's & States? 🤔"

The voice on the video discusses the paper found in the tractor-trailer.

All shredded paper...this looks like a bunch of recyclables, right? Right?
No, it's a Pennsylvania application for mail-in ballot. And they do have people's addresses on the back of them. That were never mailed out. I mean how many are in here? Thousands? Another trailer out here. All the way back there, same product out here."

The voice also says they are in Indiana at R.R. Donnelley, a "massive paper printing plant."

Hmmmm trust mail in ballots they say....trust USPS they say. Fucking clowns on the left are so desperate. Shredded Pennsylvania Mail in ballots that look like they were registered to republicans and have names and addresses. How many ballots in each truck? How many trucks? How many County's & States? 🤔

Another post on Instagram shows the video of "Pennsylvania mail-in ballots written out to Trump with voters' addresses were discovered that had been thrown out," with a split screen above video from the Kamala Harris Mike Pence debate on October 7, 2020.

Election meddling denial by the left vs what's actually happening. Compare and contrast. 🔎 🧐

The video does not show mail-in ballots. A screenshot from the video shows a torn mailer that reads "Pennsylvania application for a mail in ballot." 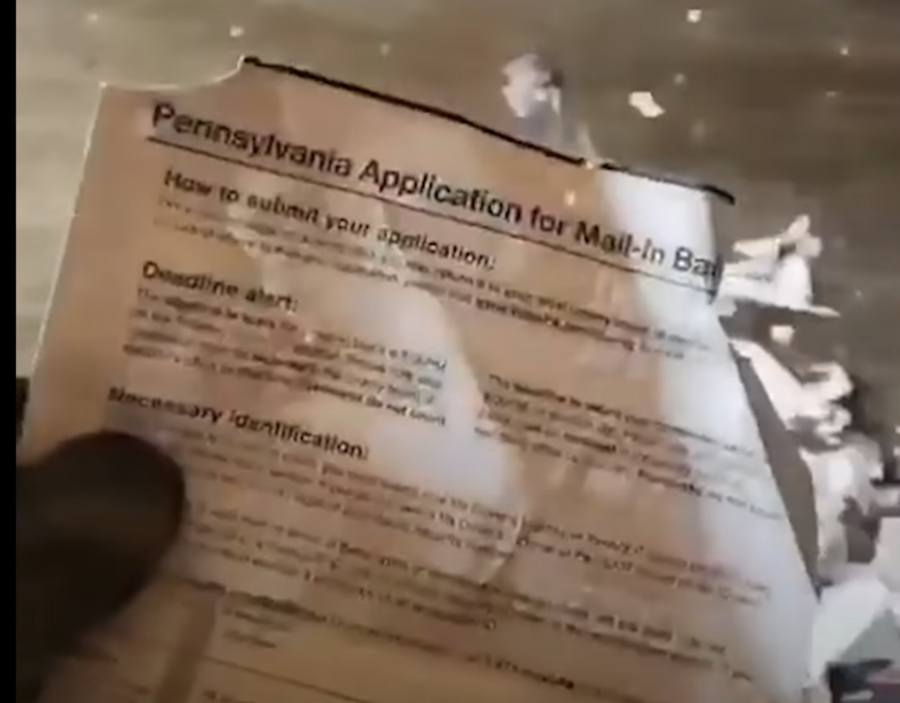 across the top with a picture of Trump and the words, "President Trump wants you to return this ballot." 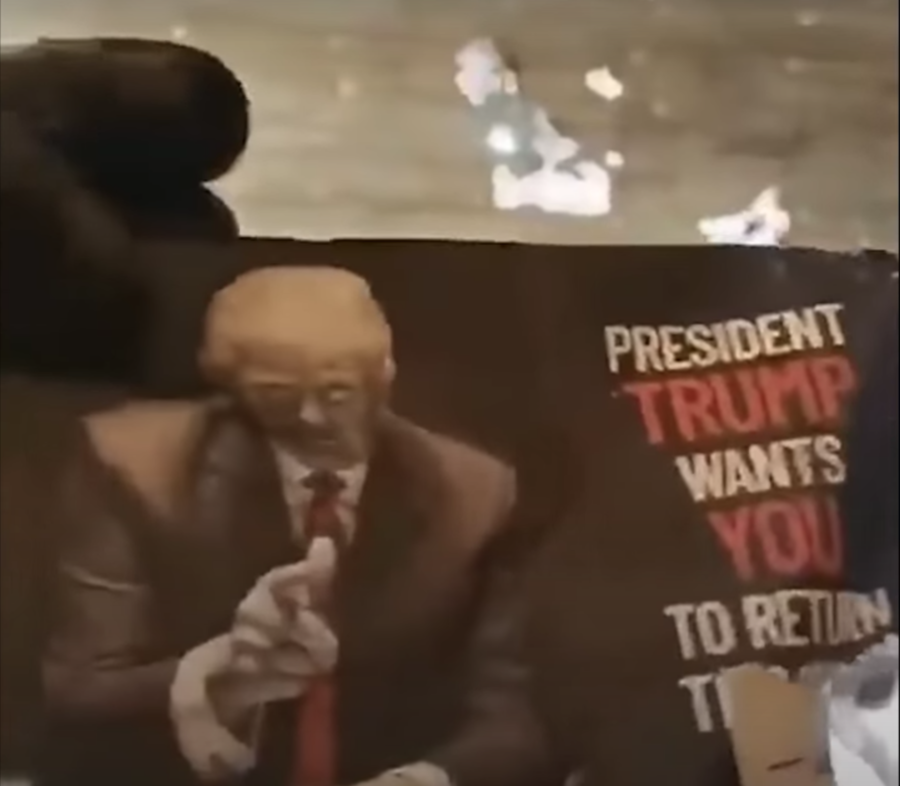 The paper shows a return address of the Federal Republican Committee of Pennsylvania, which is the official name of the Pennsylvania Republican party.

A spokesperson from R.R. Donnelley, a company that prints direct mail for political campaigns, gave a statement to Lead Stories explaining shredded paper.

What you see in the Twitter video is residual print production waste in a trailer that was returned from a recycling facility. The full extent of the client's mailing request, applications for mail-in ballots, was produced and processed in accordance with our print and mail verification procedures. Recycling of print production waste is a normal practice associated with a direct mail project of this extent."