Did a BLM or antifa activist shoot and kill a "patriot" at a protest in Denver, Colorado, on October 10, 2020? No, that's not true: Police arrested a Pinkerton security guard hired by a local TV station to protect a news crew covering dueling protests between left and right wing activists. Investigators say the guard was the person who shot a man spraying him with mace. The suspect was not connected to Antifa, police said.

The claim appeared in a post (archived here) published by the Network Radio Facebook page on October 10, 2020. It was a video of police taking a suspect into custody after the shooting, with the introductory message that read:

BREAKING: BLM/Antifa member shoots Patriot @john_teigan rally in #denvercolorado as they're walking away. The attempted kidnapping of the treasonous Governor Whitner were also BLM/Antifa members.
The amount of projection from the left is unreal. These are very sick people.
#patriotdown #voteredtosaveamerica #maga2020

The man who was killed has been identified as Lee Keltner, a military veteran and grandfather who owned a custom hat-making shop in Denver.

Just before the shooting, Keltner was seen on video in a confrontation with a man wearing a "Black Guns Matter" T-shirt. The shooting happened just a few yards away after Keltner walked away. The video showed Keltner falling to the ground.

Important context: man in "Black Guns Matter" shirt urges conservatives to mace him. "F*ck around and find out," he says. Another man shoots the victim off screen during the altercation. pic.twitter.com/hzPC1gmQvO

This image captured Keltner just before he was shot spraying mace toward the security guard, who is seen pointing a gun at Keltner. 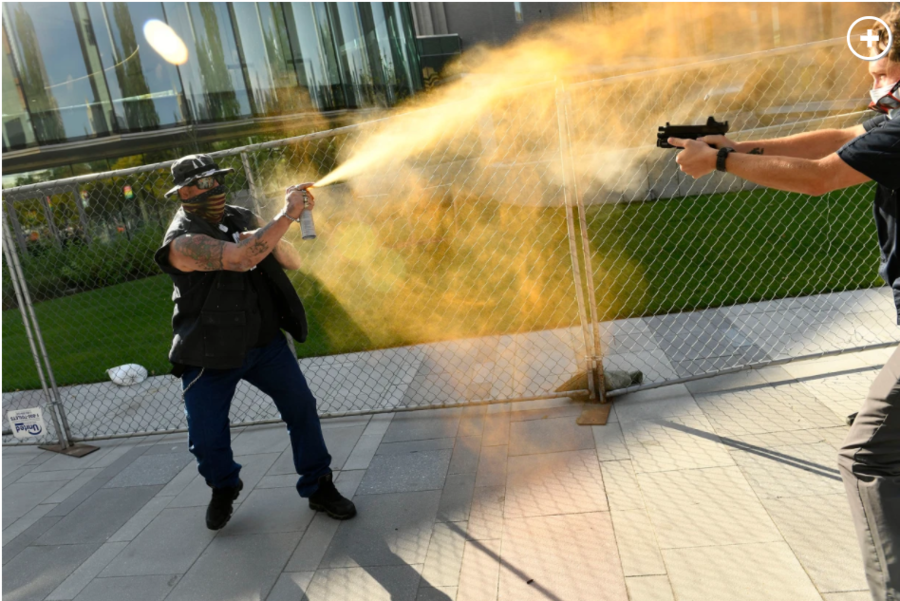 The event was promoted as a "Patriot Muster," calling for "all patriots" to "Stand up. Show up." Organizer John Tiegan, a Colorado gun rights advocate, said in a pre-event tweet "BLM, Antifa, and related Marxist associations are assaulting everything we love and cherish about this country."

BLM, Antifa, and related Marxist associations are assaulting everything we love and cherish about this country. Their narrative supports 'dismantling' the system... which leads to anarchy. Anarchy in our streets leaves good citizens to be attacked or pic.twitter.com/CAct6NbAMg

Leftist activists in Denver responded by organizing what they called a "BLM-Antifa Soup Drive." 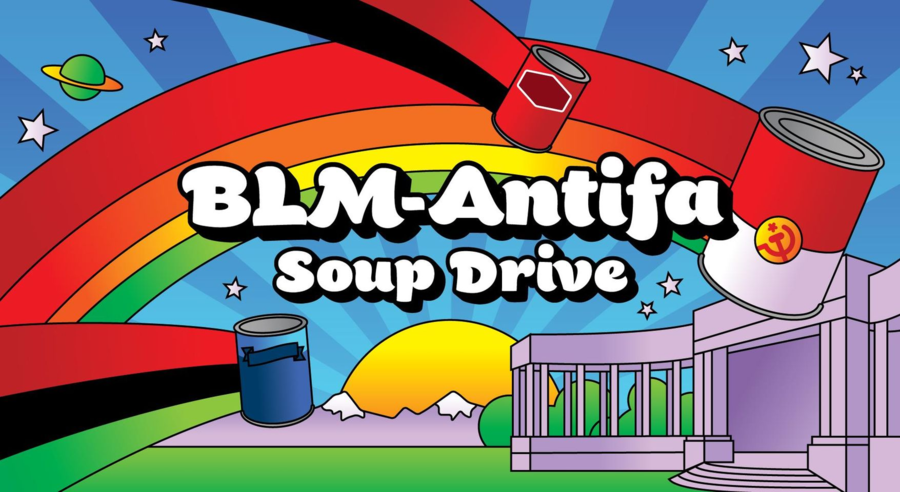 Matthew Dolloff, 30, was arrested on suspicion of first degree murder. The local NBC-TV affiliate, 9News, confirmed the suspect was working as a security guard, hired through Pinkerton.

Denver police announced in a tweet hours later that "Further investigation has determined the suspect is a private security guard with no affiliation with Antifa."

Update: Further investigation has determined the suspect is a private security guard with no affiliation with Antifa. Additional information will be released as it becomes available.

Denver police also tweeted this video of their news conference updating their investigation:

ICYMI: Division Chief Montoya provides info near the scene today's homicide investigation. This remains an active investigation and any additional info will be shared to this thread as soon as it becomes available. #Denver https://t.co/Bj5aoMUapq

Many of the websites and social media pages that claimed it was an antifa or BLM member who fired the fatal shot have corrected their content to reflect that it was a security guard arrested.