The claim appeared in a Facebook post (archived here) where it was published on November 9, 2020 with the caption "No lie they took mine down too

." The text included in the photo read:

The map was not labeled and when Facebook users posted this photo in the days following November 3, 2020, presidential election, it could well have been taken as a nationwide county-by-county map of that vote. But the map appears to be from four years ago, a 2016 nationwide U.S. presidential county map published by Wikimedia Commons.

As of this writing, many people commented on the post that they could see the map, meaning Facebook was not preventing it from being posted. The user who posted it may have had issues posting the photo the first couple times for unknown reasons, but he clearly had success in posting the photo eventually, as this is a fact check of a Facebook post that includes the photo. 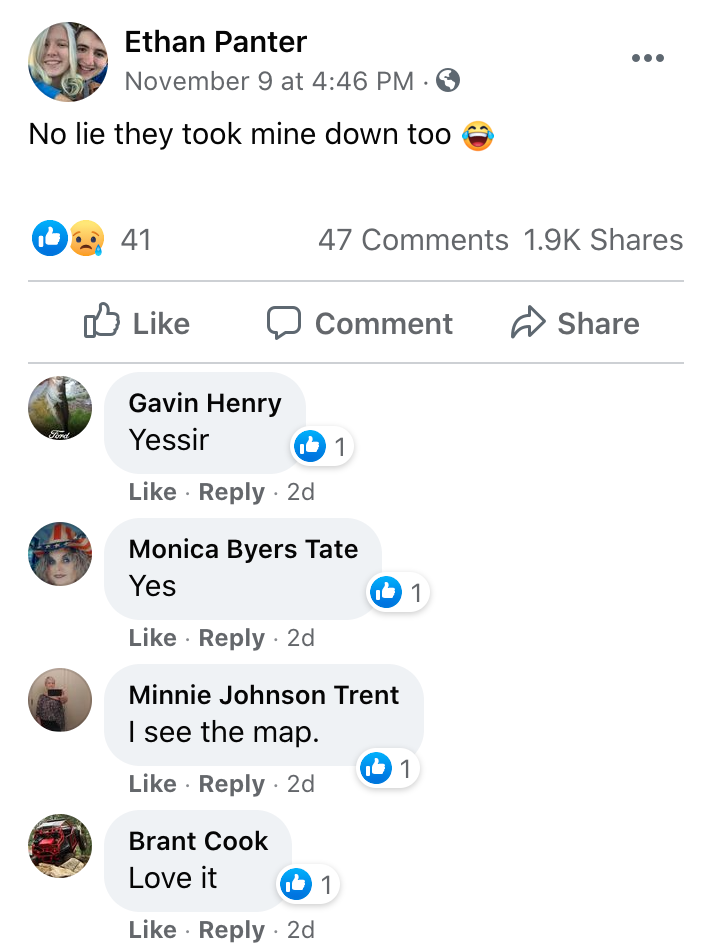