Does a map that highlights states using Dominion Voting Systems software correspond to a second map showing where President Donald Trump is contesting election results in court? No, that is misleading. The Trump campaign has not filed lawsuits in all six states highlighted on the map and none of the lawsuits filed in any of the states have anything to do with Dominion software.

The claim appeared as a post (archived here) where it was published on Facebook on November 11, 2020. It opened:

The maps appear to be a screen shot from Newsmax TV network, showing a map with most of the states in red and six states in blue -- Nevada, Arizona, Wisconsin, Michigan, Pennsylvania and Georgia -- with the caption, "Dominion Software In Use."

The second map shows most of the states in gray and the same six states in red with the caption, "Where Trump Is Filing Lawsuits." 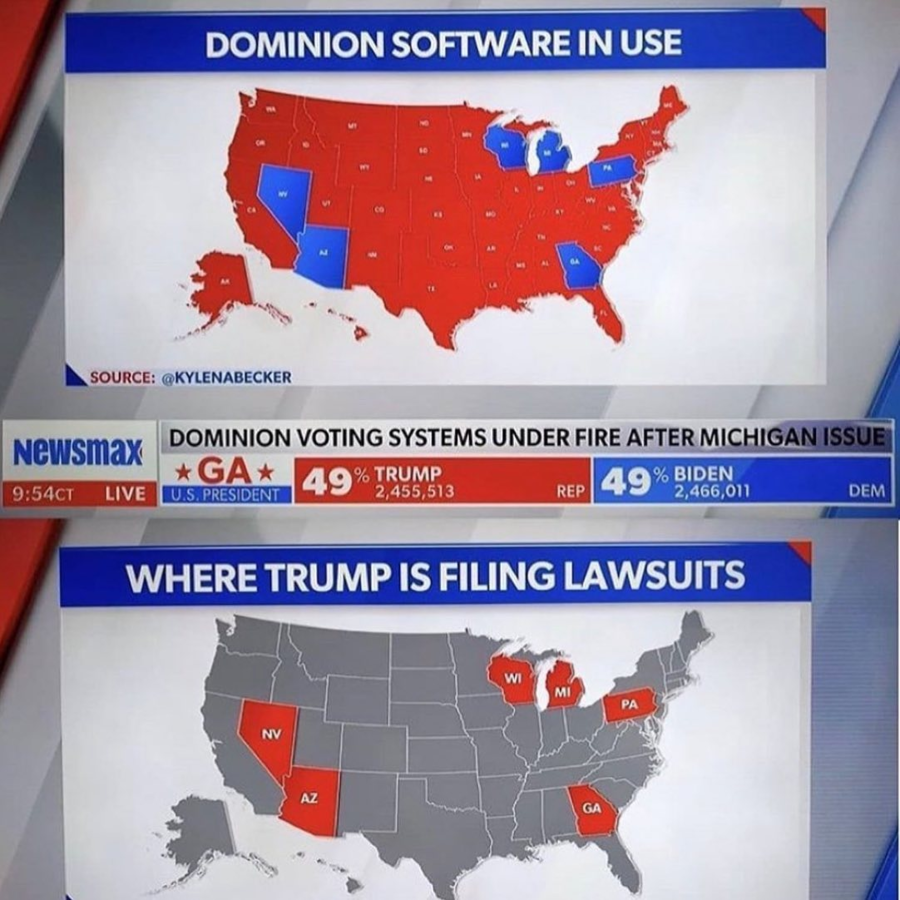 Here is the breakdown:

Pennsylvania - According to CNN, "The case alleges that voters have faced constitutional rights violations, because counties took different approaches to process absentee ballots and that observers at times were unable to fully see ballot processing." The Trump campaign also asked a judge to stop the certification of election results and as of publication time a ruling had not been issued. Another case questioned the handling of absentee ballots. None of the lawsuits were about the Dominion Voting Systems.

Michigan - The Trump campaign filed a lawsuit claiming improprieties with absentee ballots, including claims that dead people voted. Lead Stories and Bridge Michigan debunked these claims. The lawsuit has nothing to do with Dominion Voting Systems.

Georgia - Immediately after election day, the Trump campaign filed a lawsuit alleging 53 late-arriving ballots were counted with on-time ballots. James Bass, a Superior Court judge in Georgia, said there was "no evidence" that the ballots in question were invalid and dismissed the case, Reuters reported. The lawsuit had nothing to do with Dominion Voting System in the state. There is a hand recount of the votes, Fox News reported, but the lawsuit does not challenge use of Dominion Voting Systems.

Arizona - NPR reported the Trump campaign filed a lawsuit alleging that voters who used Sharpie pens to mark their ballots did not have their votes validated. Lead Stories debunked that claim as did the CyberSecurity and Infrastructure Security Agency, a division of the Department of Homeland Security.

Nevada - The Trump campaign and state GOP dropped their lawsuit to stop the counting of mail ballots in the Las Vegas area, according to The Associated Press. Two other lawsuits were still pending, one that claims ineligible votes were cast and another requesting information about the ballot counters. None of the lawsuits had anything to do with Dominion Voting Systems.

Dominion Voting Systems posted a message on its website on November 12, 2020 about their machines and the election that read: 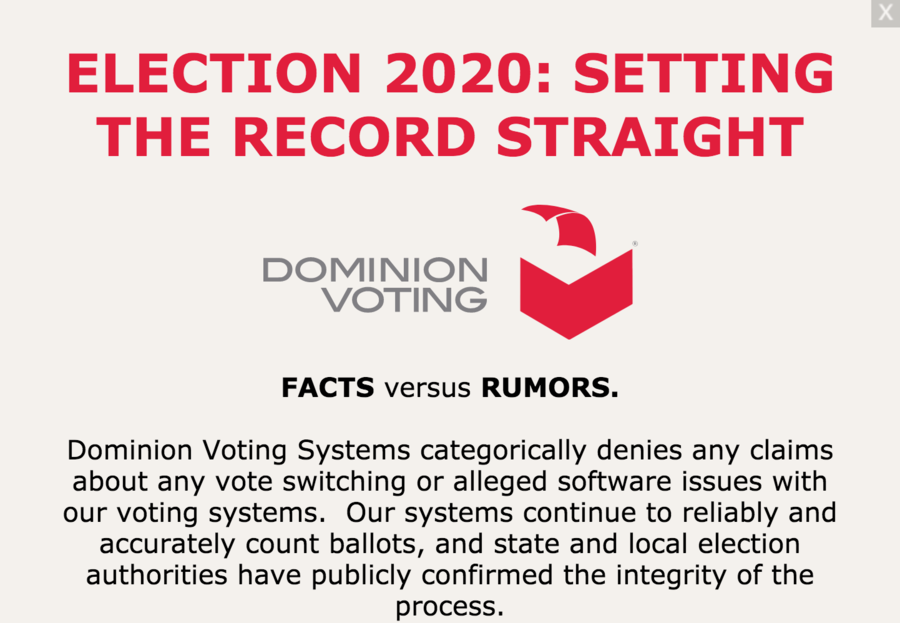