Does a photo show Chief Justice John Roberts swimming with Bill Clinton on Jeffrey Epstein's private island? No, that's not true: The image used to support the claim that Roberts visited Epstein's private island was taken at a resort in the Dominican Republic in 2017. The men seen socializing with former President Bill Clinton do not include Roberts.

The claim appeared in an article published by genzconservative.com on December 11, 2020 titled "Is It True that Chief Justice John Roberts Visited Epstein's Island?" (archived here) which opened:

Many conservatives have been confused by John Roberts' decisions as Chief Justice of SCOTUS. On decision after decision, he has followed the line of thinking common to the radical left. Yes, we have Kavanaugh, Alito, Thomas, Gorsuch, and now ACB on our side and that is great. But Roberts was appointed by Bush. He was supposed to be a conservative justice. Why has he not acted like it, especially recently? One potential reason is that it might be true that John Roberts visited Epstein's island.

Now, I'm not a conspiracy theorist. Yes, I'm concerned about the brazen voter fraud in the election, especially the votes Biden received from non-citizens. Yes, I think the Hunter Biden emails are real and I think Biden might have worn a wire during the first debate. And no, I don't think Epstein killed himself. But, other than the wire, those aren't really conspiracy theories. They are things that happened. I think the same is true of me saying that John Roberts visited Epstein's island. I might be wrong, but the evidence is damning.

Chief Justice Roberts, a Republican appointed to the high court by President George W. Bush, has been attacked recently by President Trump supporters because of his votes on several cases. Most recently, Roberts sided with the majority in refusing to hear Trump's effort to overturn the his loss of four swing states in the presidential election.

This claim that he covorted with Bill Clinton on the private island owned by Epstein, the billionaire who died in jail while awaiting prosecution on sex trafficking charges, is based solely on this photograph. 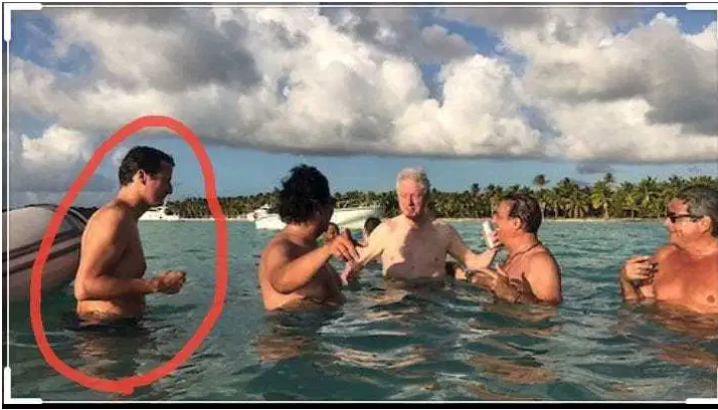 The photo, taken at the Punta Cana resort in January 2017, was used by a Dominican website to illustrate a story about Clinton's visit. 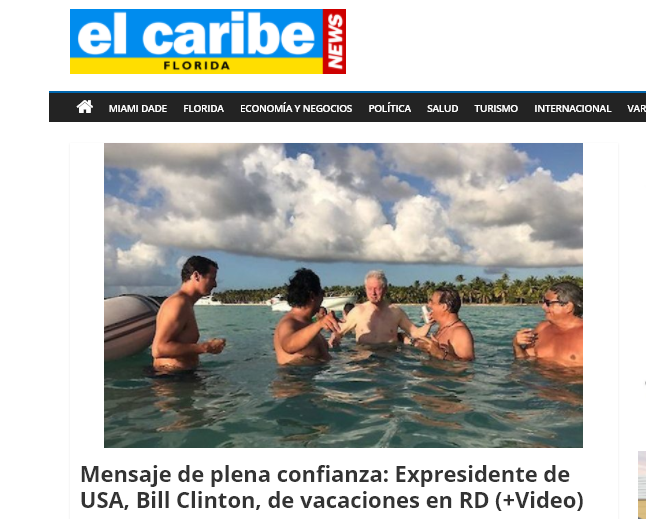 An image taken at the same time and place was used in 2019 to claim that Clinton was on the island opened by Epstein, who hanged himself in jail while awaiting trial on charges of child sex trafficking. Lead Stories debunked the Clinton-on-Epstein's Island claim in this article. That story claimed one of the men in the photo with Clinton was Epstein, while it was not. In fact, the person who was purportedly Epstein posted one version on his Instagram page in November 2017.

That photo was also published by a local website for an article about Clinton's vacation in the Dominican Republic. 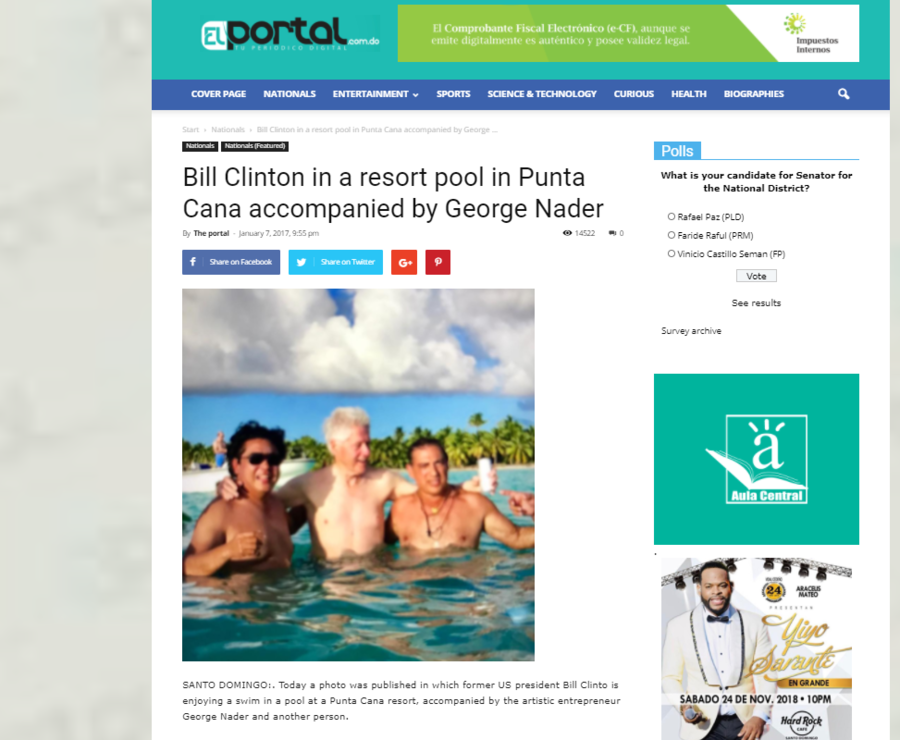 While Clinton's friendship with Epstein has been previously documented, there is no evidence of a friendship between Roberts and Epstein.