Did National Geographic send a photographer to northern Alaska to capture this photo of the Star of Bethlehem in December of 2020? No, that's not true: This image has been circulating online since at least 2014 and is not credited to National Geographic. It is a screenshot of a 'motion background' stock image titled "North Star Galaxy" available from the stock media company Storyblocks.com.

The image reappeared before Christmas in 2020 in a post (archived here) where it was published on December 23, 2020.The caption included with the image reads:

The National Geographic sent a photographer to the most perfect spot in the world, Northern Alaska, to view the Star of Bethlehem last night. They captured that perfect image. You can even see the Northern Lights!

A reverse image search of the image on Tineye reveals that the image was discovered and archived by Tineye's web crawler in October of 2014. These links direct to the Storyblocks.com stock-media website, this video is titled, "North Star Galaxy." 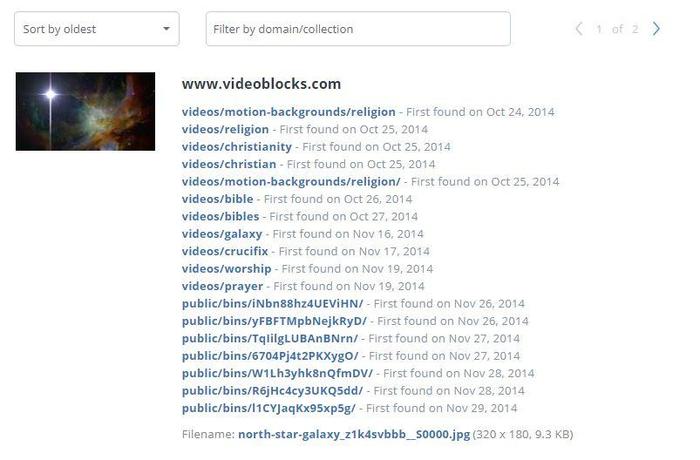 The background is reminiscent of the type of Nebulae imaging captured from the Hubble Space Telescope, but Lead Stories was unable to locate a specific, true, deep space image that matches the image in this meme. It is likely that not only the cross shaped starburst effect, but the entire scene, is fantasy digital art. If the intention of the artist was to represent a deep space nebula, the northern lights would not be visible.

The northern lights (and southern lights) are most frequently visible from regions on Earth closer to the poles. Below is a 2011 image of the northern lights, (Aurora Borealis) taken from the International Space Station. From this angle the relation between the lights and Earth's atmosphere is apparent. The phenomenon occurs inside the Earth's atmosphere- at a height between 50 and 400 miles above the surface of Earth. 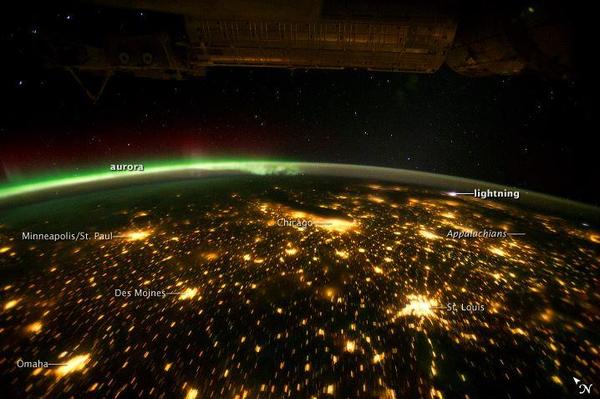 This deep space nebula, Messier 17 captured by the Hubble Space Telescope, depicts a giant cloud of gasses that is 5500 light years away. A single light year is almost six trillion miles. Images like this do not represent what the human eye might see if it were possible- these are more like charts depicting where certain gasses are located and they are color coded to give more information. The Hubble Space Telescope can pick up ultraviolet and near infrared light waves not visible to the human eye. In this image red represents sulphur; green, hydrogen; and blue, oxygen. 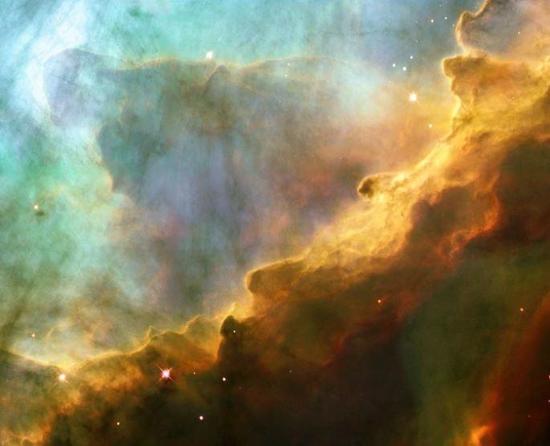 This video gives a more detailed summary of how black and white images from the telescope are transformed into color images.