The photo appeared as a post (archived here) where it was published by William LeGate on Twitter on January 20, 2021. It opened:

In December, 2020, the General Services Administration said it would "thoroughly clean and disinfect" surfaces in the White House when Trump left, ABC News reported. President Trump and multiple staff were infected with COVID-19 during recent months and the cleaning was noted in a federal contract that said: "One firm will be paid a little under $30,000 to provide 'disinfectant misting services' to combat coronavirus in the White House," Newsweek reported. The contract for cleaning was for at least 10 months.

In a statement, a GSA spokesperson said, "GSA will thoroughly clean and disinfect the building spaces between the administrations and ensure that everything is up to standard. Cleaning will include, but is not limited to, all furniture, flooring, window treatments, handrails, door knobs, light switches, countertops, elevator buttons, restroom fixtures and dispensers, door handles and push plates, and lighting fixtures."

However, the photo posted on Twitter is of the Oval Office during the Clinton era, when the rug in the room was a deep blue. During Trump's tenure, it was a lighter tan. The original photograph appears to be from 2016 and is a picture of the Oval Office replica in Clinton's Presidential Library in Little Rock Arkansas. 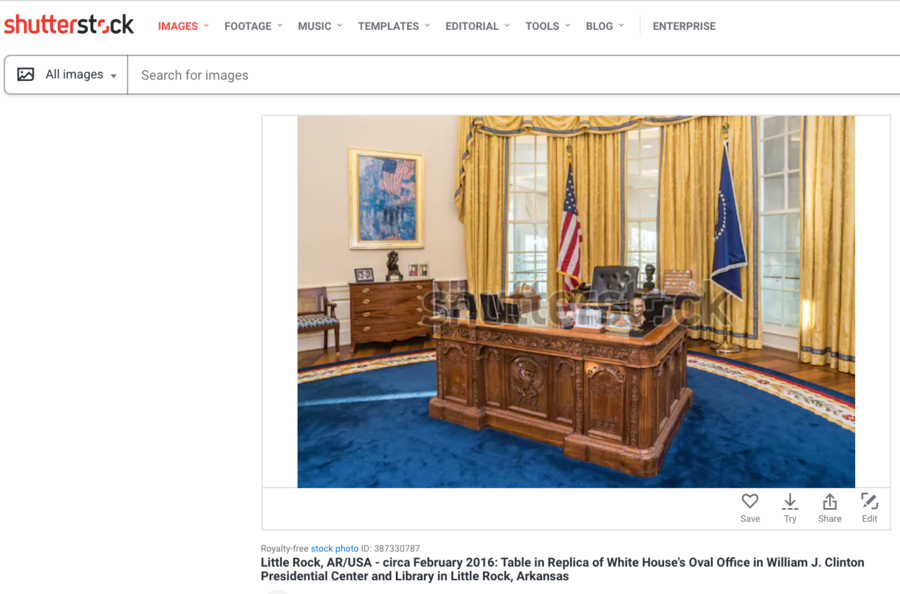 The image appeared back in 2017 on the satirical website Waterford Whisper News in an article titled, "Oval Office Fumigated After Complaints Of Overwhelming Smell Of Bullshit." 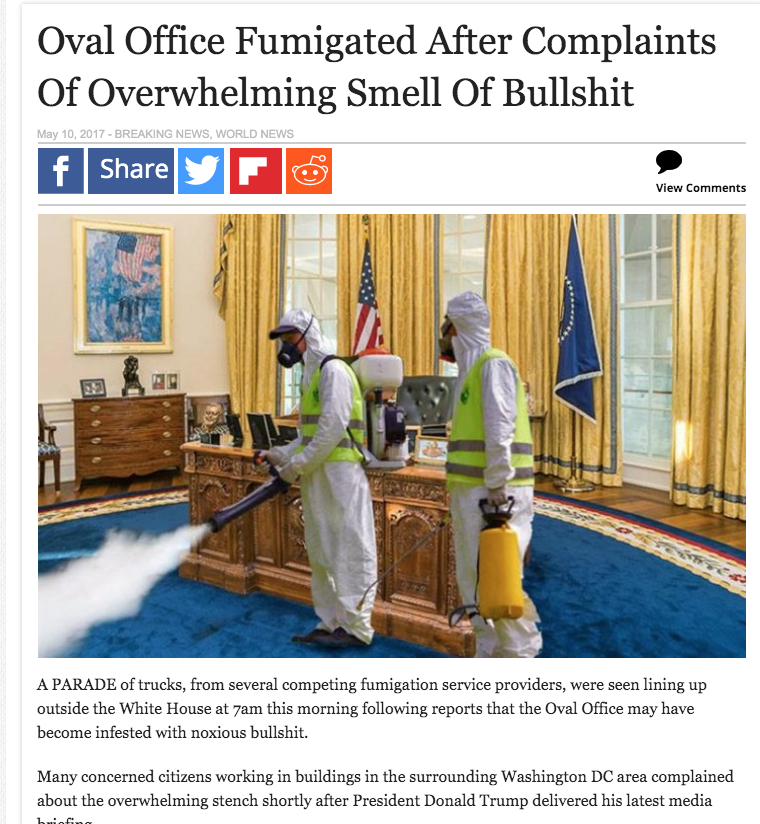 Here is a photo of the Trump White House Oval Office as published by Business Insider in an article titled, "Trump insisted on hanging bright gold drapes in the Oval Office -- here are past presidents' offices for comparison." 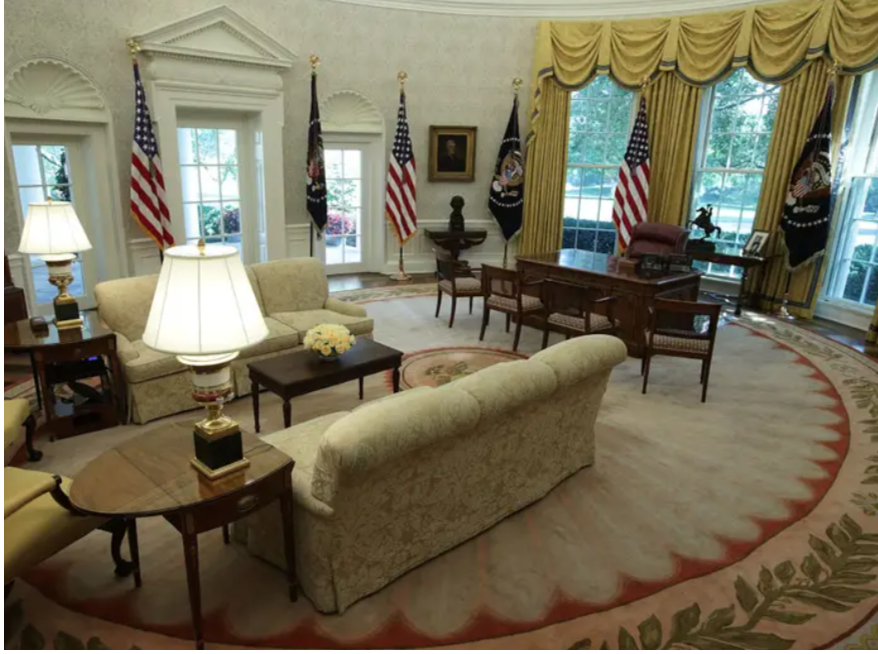 Here is a photo of the Clinton Oval Office, with the blue carpet that is in the Twitter photo. 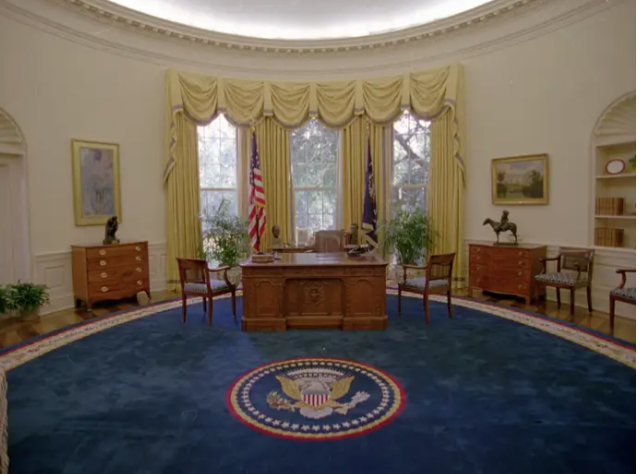