Did President Trump invoke or sign the Insurrection Act following the events of January 6, 2021 (or before that)? No, that's not true: President Trump has never made use of the Insurrection Act up to the time of writing of this article on January 11, 2021. In the wake of the events at the U.S. Capitol online, rumors started spreading the President invoked the act, but according to the actual text of the Insurrection Act, a public proclamation is required before the President can use any of the powers mentioned in it. No such proclamation has been made public, which would mean the powers granted by the act are not in effect.

One of the many examples of this viral rumor appeared in a Facebook post (archived here) pubished on January 10, 2021 which read (in part):

The raids are planned for this weekend and Monday. The military and the FBI are making them.

Monday or maybe Sunday evening they will likely announce a temporary lockdown while they make arrests. This is going to happen quick.

Trump doesn't have to do this by the 20th. He's already invoked the insurrection act. He can't be impeached now and Joe biden is no longer the president elect.

(Side note: no such temporary lockdown has been announced at the time of writing and the only arrests that have been made so far seem to have been of protesters who illegaly entered the Capitol building.)

The Insurrection Act (10 U.S. Code Chapter 13) does not contain any provisions about impeachment or of the status of President-Elect being revoked either. It does however contain a section (§ 254) titled "Proclamation to disperse" that reads:

Whenever the President considers it necessary to use the militia or the armed forces under this chapter, he shall, by proclamation, immediately order the insurgents to disperse and retire peaceably to their abodes within a limited time. 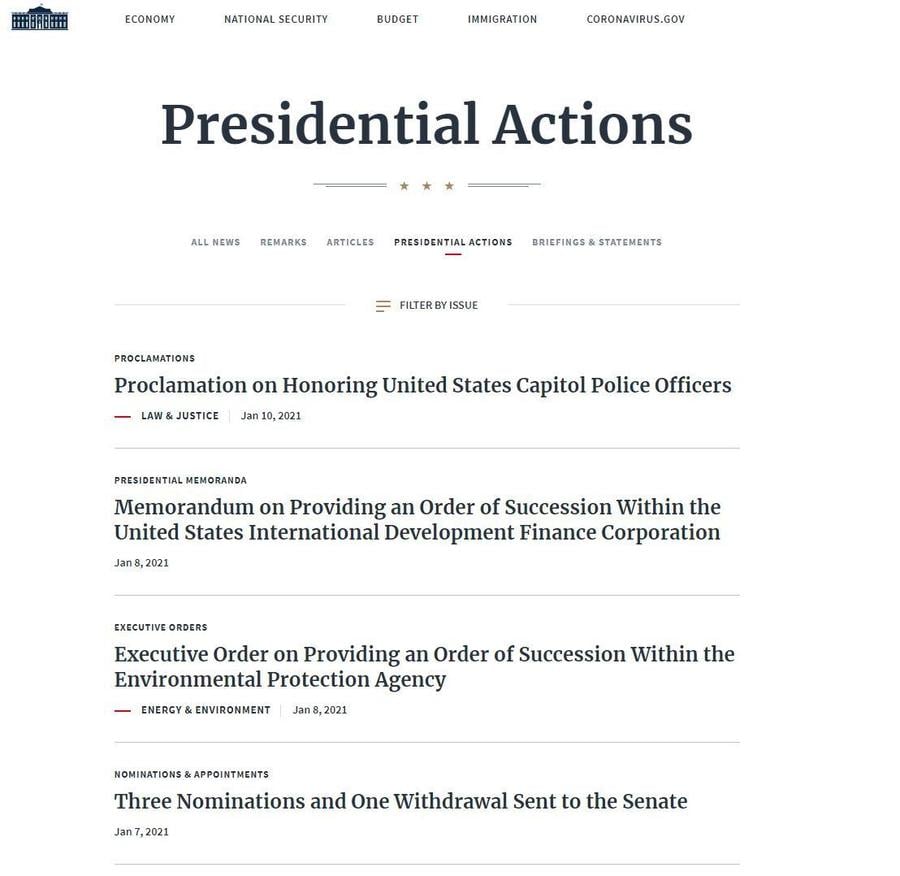 (Source: screenshot of https://www.whitehouse.gov/presidential-actions taken by Lead Stories on January 11, 2021)

Lead Stories reached out to the Public Affairs office of the Pentagon to inquire if any U.S. Military forces had been given any orders to provide assistance under the power of the Insurrection Act in the last week. A defense official confirmed to us that "no assistance has been provided under the Insurgency Act over the past week".

For reference, here are the proclamations that were issued the last three times the Act was invoked: 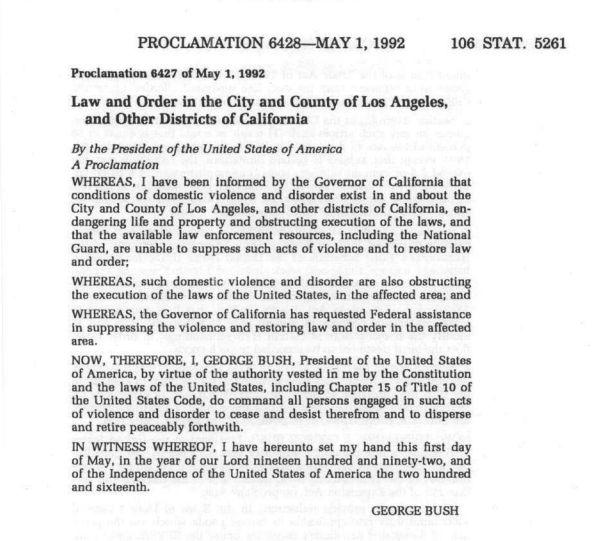 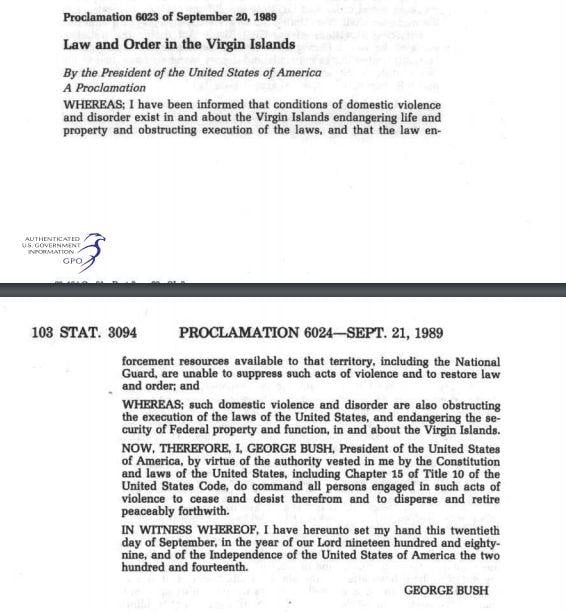 And finally three proclamations in a row during several days of unrest in 1968 that were made by President Lyndon B. Johnson. 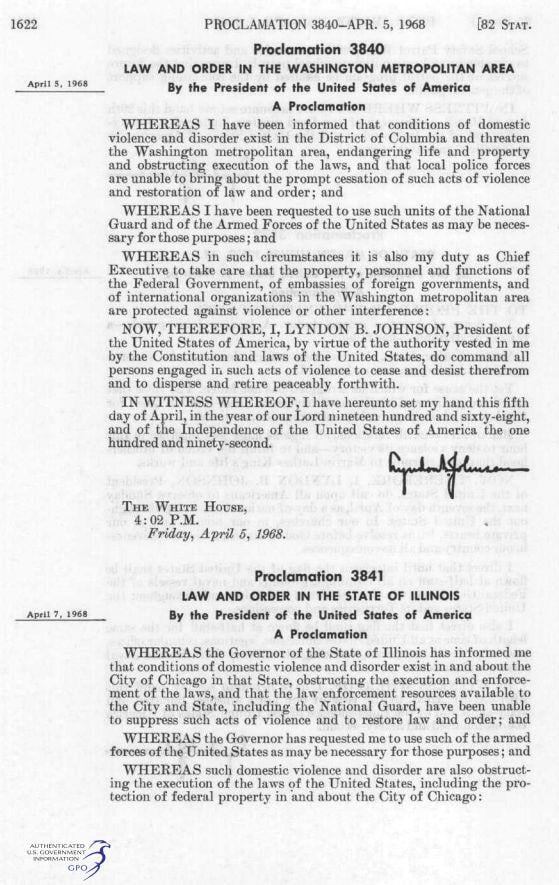 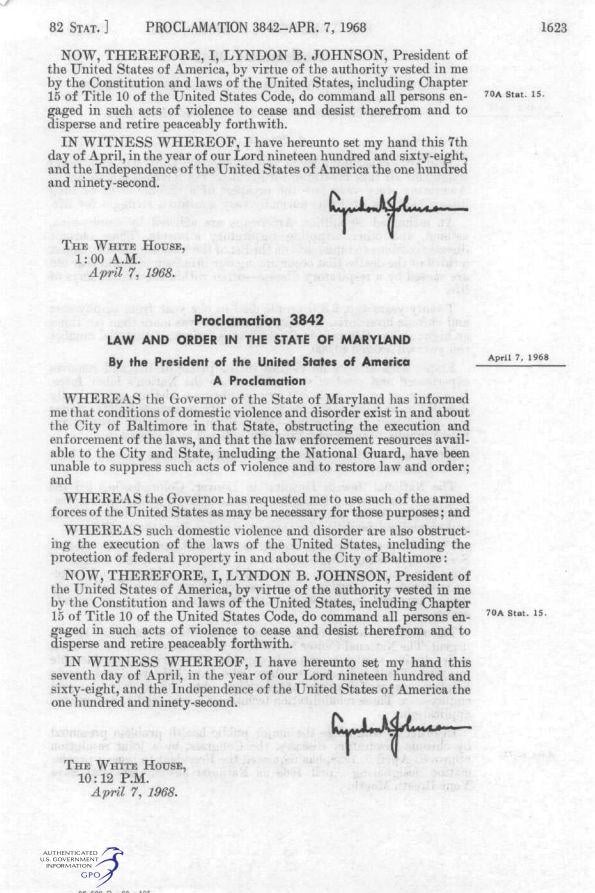