Did a police officer catch his wife cheating during a traffic stop? No, that's not true. The video is a comedy sketch video and is published on a satire page. The "police officer" has played the same role in other joke videos on the site. It does not show a real law enforcement officer finding his wife cheating on him when he pulled a man over.

The story appeared as a post (archived here) where it was published by The Jibrizy Show on Facebook on January 4, 2021, under the title "Police OFFICER catches wife CHEATING!" It opened:

It was a routine traffic stop at first.

The video is from the account for The Jibrizy Show, a satire and comedy site. Another video on the page shows what appears to be the same "police officer" wearing the same protective-style vest with "police" on the back, in a video posted here on January 29, 2021.

Here is the video posted on Instagram as well:

The Jibrizy Show is under the umbrella of Rick Lex Productions, a company that has received national media attention for its shows from The New York Post, Tubular, Vegas News, and Bustle. The website describes the company:

Rick Lax Productions specializes in magic shows (Making Magic, The Justin Flom Show) and comedy shows (The Pun Show, The B Family). But we've got lifestyle shows (The Adley Show) and inspirational shows (The Elly Brown Show), too. Some of our shows transform popular 'found footage videos' through unique editorialization and other meaningful alterations (like Rick Lax's Favorite Videos). But most of our shows feature fully original videos (like The Rick Lax Show and The Ryan And Amber Show)."

On April 15, 2021 a Facebook page by the name of "Jalals" published a video with exactly the same scenario playing out, this is a screenshot of what it looked like: 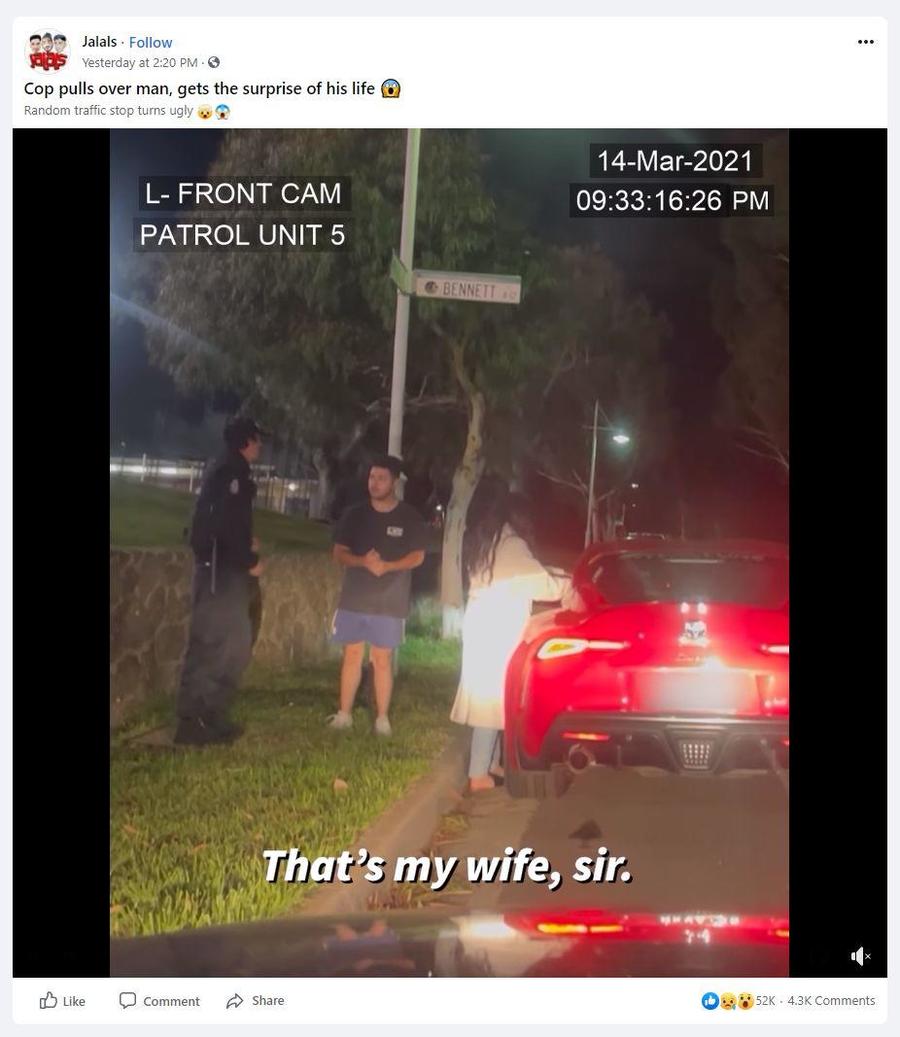 That page features several other similarily staged videos and the brothers who run it have confessed to creating staged videos in the past as the Daily Mail reported in 2016.