Does this video, made up of separate stories told by four women, demonstrate "What they do to babies in satanic rituals"? No, that's not true: This video does not provide any evidence that any of these stories as told by these women actually happened. Not only does the video fail to provide any concrete evidence, the video fails to provide information about where these videos originated or if any of the purported cases of kidnapping, torture, rape, incest and murder were prosecuted nor where they occurred, when or to whom.

The video appears in a post (archived here) published by "Dreaded Ones"' on February 22, 2021, under the title "What They Do To Babies In Satanic Rituals." It was captioned, "TRUTH EXPOSED: Satanic rituals and babies!"

This compilation video is eight minutes and 26 seconds long, with a black border that carries the text, "What they do to babies in satanic rituals." Lead Stories identified the source of each of the four clips in the video and will briefly review the context of each. After identifying the source of the clip, and then other written or filmed instances of that person's story, it was clear there were inconsistencies. Not one story had proof -- such as a police report, criminal case or conviction for satanic baby sacrifice or ritual murder -- to establish that the stories the women told had any basis in facts.

Here are the four women, their stories as included in the compilation video and details about them: 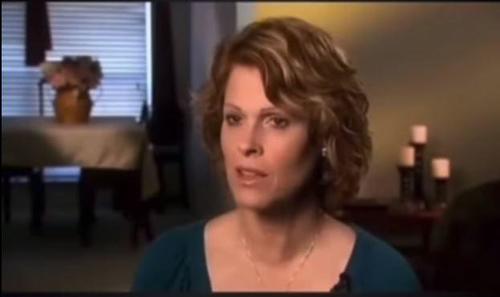 The first clip features the story of Nancy Dunn. This short clip was taken from a program that was produced by the Christian Broadcasting Network hosted by Pat Robertson. This "The 700 Club" episode aired on August 19, 2011. Some years earlier, Nancy Dunn published a self-authored article (archived here) in the Chinese Christian Mission publication, "Challenger," in July of 2008.

Dunn claims that her father was a satanic high priest from a family of satanists going back 25 generations (that is about 700 years). She says that she was raped by her father and other satanists and had been impregnated at least 10 times by the time she was 18 to produce babies to be killed in satanic rituals.

There is a large discrepancy between the timeline of events explained in the "700 Club" episode and the Challenger article. The Challenger story begins with Dunn's 8-year-old son telling her that he had been sexually abused by his grandfather, and that "opened the floodgates" of her memory. In the "700 Club" episode, there is no mention of this son, or the abuse he allegedly suffered at the hands of his grandfather. Instead, viewers are told that sometime after her marriage at 18 had failed, and having had an abortion at 21, Dunn sought Christian counseling. She was diagnosed by that counselor as having "dissociative identity disorder" and then, she said, over a period of a year and a half with the help of God, the memories came back to her little by little.

The Challenger article and the "700 Club" episode both end on the same point, not with sweeping arrests of an organized group of ritualistic child raping, baby murderers, but with a story of her father's death-bed repentance and salvation. 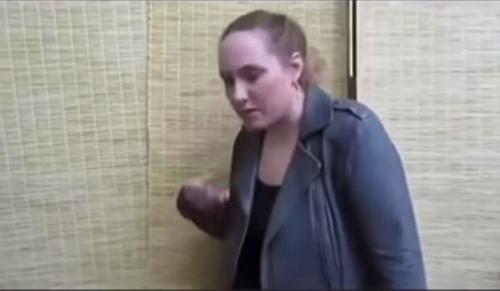 Karly Noel Franz is a You Tuber who posted many videos in 2019. This short clip posted in the compilation is from a much longer video which tells of organized ritual abuse at the hands of over a hundred Freemasons beginning at the age of 3 or 4. In yet another video she named the specific Masonic lodge and some of the members of her own family who she claims were conducting this ritual abuse. Franz prefaced her videos as being true, and she sometimes included additional concern that she was in fear for her life. She encouraged viewers to save and reshare her videos. She built an audience of QAnon followers and started a GoFundMe. Eventually the videos on Franz's YouTube channel and many of the mirrored copies were deleted. The deplatforming of many of the QAnon accounts left voids in the timeline as the Karly Franz narrative became progressively more extreme and implausible.

In some of her last videos, Franz claimed that she is a microchipped clone, that "they" can rewind her memories, that she was the sole architect of Bernie Sanders' campaign and that she was actor Heath Ledger's friend and was with him on the day he died (from a broken neck while breakdancing, she claims, contrary to the New York Medical Examiner's report of a drug overdose). In another video she tells that she was inside Jeffrey Epstein's house and was a first-hand witness to child abuse by Epstein and Bill Clinton. Lead Stories was unable to locate all of the last videos by Franz. Many of the improbable claims were enumerated by another conspiracy vlogger who was following the Franz story. He recorded his reaction to some of her claims, including that she wrote hit TV shows and the movie "Waterboy," and that she was raped by John Lennon. Lennon was killed in 1980, 10 years before Franz said she was born. 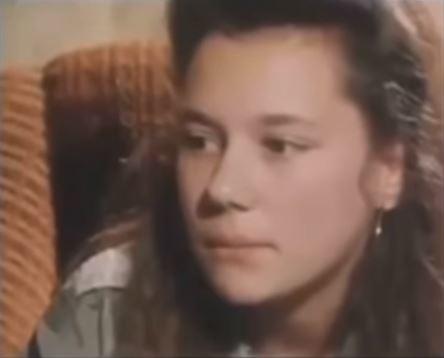 A 15-year-old girl from London, given the name Teresa for this 1989 program, "Satan's Children," told of ritualized abuse at the hands of her "Nan" and other satanists. Teresa had been in the care of her paternal grandmother for years. Her mother, who also appeared in the program, said she had not been aware this purported abuse was going on. Teresa says on-camera that she gave birth to a daughter, "Alex," then 4 at the time of the interview, when she was only 11, and estimated that she had been pregnant seven times. She said these babies were aborted for rituals, and once she was purportedly made to eat her own aborted child.

Later that same year the young woman and her mother appeared in an episode of Britain's "The Cook Report" titled, "The Devil's Work" which aired on July 17,1989. This time she was given the pseudonym Natalie, and the introduction states that she had never spoken of this before. The next year, in 1990, Ian Leslie self-produced another feature titled, "The Devil Made Me Do It." This included other shocking stories and Teresa retelling her story with even more details, including the cannibalistic murder of an adult "tramp." The one-on-one interview between the host Ian Leslie and Teresa was followed by a talk-show style scene where she was questioned in front of argumentative guests on a set with a live studio audience.

In the "60 Minutes" episode Ian Leslie mentioned that there were charges filed in this case:

The police don't think Teresa made up a story. Some of the cult members are to stand trial. Five men have been charged with rape. As for Nan the grandmother, she's 61 and lives in this council flat in south London. She's charged on seven counts of aiding and abetting rape and two counts of performing abortions on Teresa.

Those appalling allegations of ritual murder are now being investigated by the police. Charges of child sex abuse against those involved have been suspended pending a full investigation into the child's satanic revelations. 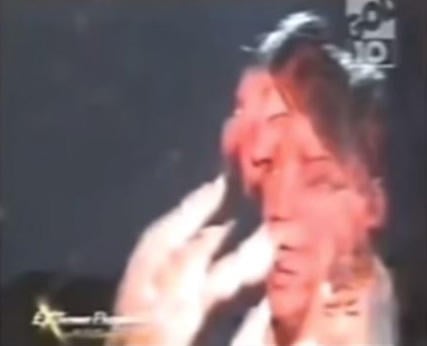 The last clip of the compilation video shows the reflection of a woman identified as Rebekah filmed in the shards of a broken mirror as she told her story. Like the others, she offers no evidence to substantiate her claims. This clip bears the watermarks of the GodTV channel and Extreme Prophetic series. These are productions from host Patricia King, an apostolic minister, and her guest Angela Greenig, who is a deliverance minister. Greenig has appeared as a guest on King's show with short clips of Rebekah's story on more than one occasion. A copy of the 20-minute long narrative is broken into two parts on YouTube (part I and part II).

Rebekah's larger narrative includes two purported prophecies from notable figures. The first was that the founder of the Church of Satan, Anton LaVey, predicted the circumstances of her birth and that she would become the "Fifth Bride of Satan." There is no publicly available record of LaVey's prophecy or explanation about how or when this prophecy was purportedly communicated to Rebekah. Anton LaVey died in 1997. The other prophecy was that the famous prosperity gospel evangelist, Benny Hinn, purportedly pointed to Rebekah during a stadium service and said she would soon be rescued. Rebekah had explained that she and two other satanists were attending the service to cast spells on Hinn.

Rebekah included in her longer narrative accounts of her own supernatural powers to move things without touching them, of people imprisoned in caverns, of ritual sacrifice of babies and of witnessing the murder of a friend who was trying to leave satanism. This story culminated with a "deliverance" ceremony -- similar to an exorcism -- Greenig had planned on Friday, August 13, 1999. By her own account in the video, Rebekah had just shot up with heroin and thought she might be overdosing.

Greenig and Rebekah appeared in the Christian documentary "Furious Love." For that film Rebekah was called "Esther," her face blurred and voice altered. Greenig also produced her own documentary about Rebekah titled, "Redeeming His Bride." Rebekah, whose full name is Rebekah Krell, went on to marry and eventually divorce a Pentecostal revivalist preacher from the Netherlands, Mattheus van der Steen. They traveled to many countries preaching to stadium-sized crowds. Krell's story is included in the foreword of a book by Van der Steen entitled, "Dare to Dream." It is there where this explanation is offered for why there is no police record of the purported murders she witnessed or any attempt to rescue the people who she said were held captive in mountain caverns:

It's sometimes difficult to talk about my past. Some people think that I am crazy and wonder why I didn't inform the police about what I had seen. I didn't inform the police because one can't prove that the satanists commit murder. They are extremely careful in the way they operate. The babies who are sacrificed are often not even registered because they were born within the satanist community. Moreover, there are also satanists in the police force. Most people unfamiliar with this fact and who hear this story, find it almost unbelievable. Nevertheless, I want to testify to the truth of this to warn people against these dangers and rescue them from the darkness!