Is President Biden cutting 90% of red meat from your diet, limiting you to four pounds a year and one burger per month? No, that's not true. A U.S. Department of Agriculture spokesperson told Lead Stories there's no such proposal. The Biden administration does not have a new climate requirement that would limit the amount of red meat Americans can purchase or consume. The claim about red meat limitations came from a false report in the British tabloid The Daily Mail. The site published an article that erroneously connected Biden's new climate proposals to a 2020 University of Michigan academic paper that is not by Biden, about Biden, nor a statement of Biden Administration policy.

The claim appeared as a post (archived here) where it was published on Facebook on April 24, 2021. It opened:

Up In Your Grill

ONE BURGER PER MONTH

The Biden administration announced a new climate change plan on April 22, 2021, that pledged to cut greenhouse gas emissions by 50%-52% from 2005 levels by 2030, according to Yahoo! Finance. The administration did not announce plans to limit the amount of red meat Americans could buy or eat.

"It's not a part of the climate plan nor the emissions targets. It is not real," the USDA spokesperson told Lead Stories via email on April 26, 2021. "This is a fabrication. There is no such effort or policy that exists by this Administration."

As seen in the Facebook screengrab, Fox News aired several segments from April 23 to April 25, 2021, about the "Biden Climate Requirements," promoting the false policy changes from the Biden administration, based on the Daily Mail article.

The Daily Mail article said, "While Biden hasn't released details on what life could look like for Americans, experts and recent studies have laid out what would need to change by 2030 to reach the goal."

However, the article continued to claim that it would be Biden's moves that would severely curtail the amount of red meat Americans could purchase and consume. These graphics from the Daily Mail attribute the red meat reduction to Biden, but not to the University of Michigan study from which they came. 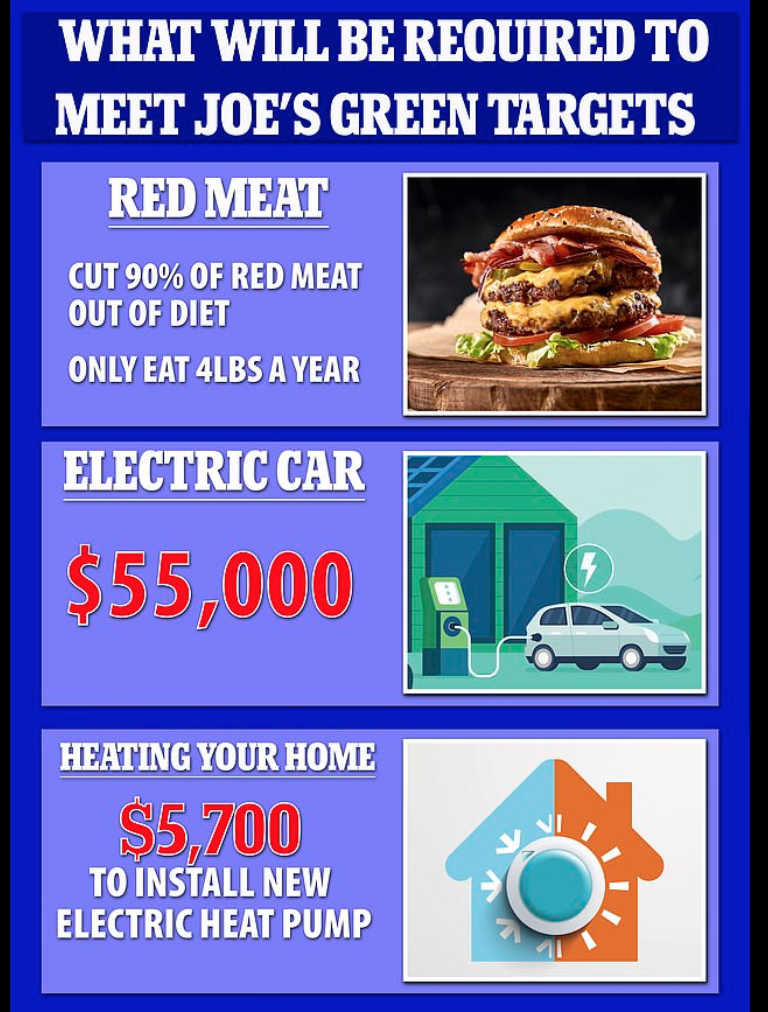 The University of Michigan study, titled, "IMPLICATIONS OF FUTURE US DIET SCENARIOS ON GREENHOUSE GAS EMISSIONS," was published on January 13, 2020, and makes no mention of then-candidate Biden or the Department of Agriculture. Lead Stories found Biden has never mentioned this study nor has the administration cited it for research. The opening paragraph of the study notes it is "hypothetical reduction in the consumption of animal-based foods in the US diet":

Linkages between diet and environmental impact have been repeatedly emphasized at the global and national level, with an indication that shifts in diet, typically toward more plant-based foods, can lead to significant reduction in environmental impact. In this study, we explore the effect on food system greenhouse gas emissions (GHGE) of a hypothetical reduction in the consumption of animal-based foods in the US diet and a replacement with plant-based foods."