Did a gas station post a sign saying that customers must show proof of employment to make a gas purchase? No, that's not true: The picture of the sign is satire and was created using an online image generator.

MUST SHOW PROOF OF A JOB FOR GAS PURCHASE 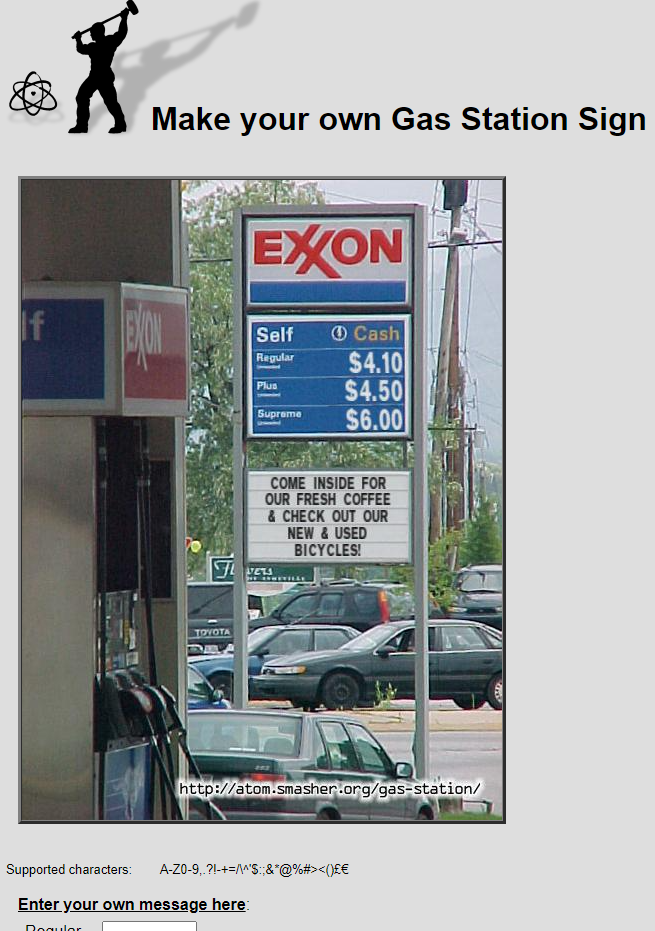 Lead Stories performed reverse image searches on Yandex, Google and TinEye for images similar to the one featured in the generator and found the same image with different signs throughout the results. Atom Smasher features several generators, including a highway sign generator, a graffiti generator and a Las Vegas strip generator.