Did the White County Sheriff and Beebe Police Department in Arkansas issue an Amber Alert for a kidnapped and missing 8-year-old girl? No, that's not true. A little girl did go missing in the town on May 13, 2021, but she was found "within one hour," and was with a family member, the Beebe Police Department told Lead Stories. An Amber Alert was not issued for her because she was located so quickly.

The claim appeared as a post (archived here) where it was published on Facebook on May 17, 2021. (Lead Stories is deleting the name of the child who was briefly missing and then found). The post opened: 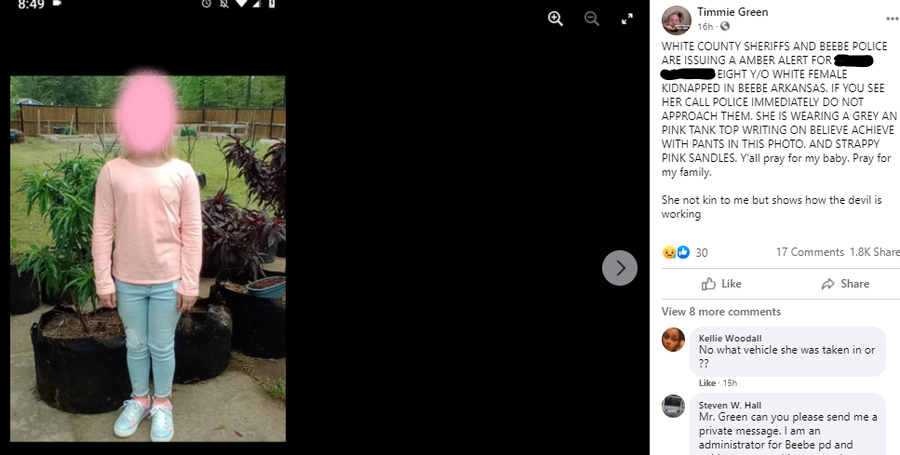 The message posted on Facebook went viral after it was shared on May 17, 2021, four days after a girl went missing and was found on the same day. An Amber Alert was never issued by either the White County Sheriff's office or the Beebe Police Department.

The Beebe Police Department spoke with Lead Stories via telephone on May 18, 2021 with details about the case of the child who went missing on May 13, 2021.

She was found within one hour last week and was with a family member. An Amber Alert was not issued because the situation didn't get that far. We got her within the hour.