Were major federal buildings in Washington, D.C. -- including the Federal Bureau of Investigation's headquarters -- shut down on June 14, 2021? No, that's not true: The FBI confirmed that its headquarters have been open. Other buildings such as the White House and the Department of Housing and Urban Development's (HUD) headquarters were not abandoned at the time either.

The claim appeared in a Telegram video post (archived here) published by @richardcitizenjournalist on Telegram on June 14, 2021. The footage showed FBI headquarters, which appeared to be physically closed off on one of its sides, while the person recording the video said:

Another posting of the video is captioned:

The White House has been abandoned. Housing and Urban Development is shut down and vacant. Has our government fallen already?
Source: Richard Citizen Journalist.

The General Services Administration (GSA) is responsible for the management of thousands of federal properties. That includes all of the buildings mentioned in the claim as evidenced by a search of Washington, D.C., properties using this map. In an email to Lead Stories on June 17, 2021, a GSA spokesperson said:

The J. Edgar Hoover FBI, Headquarters Building, is open and operational. The area of the building shown in the video is the north side of the building and provides egress steps for people to exit the building in the event of an emergency. For security reasons, access has been closed to this side of the building. The south entrance on Pennsylvania Avenue, which is the visitor's entrance, is open.

The Housing and Urban Development (HUD), Robert Weaver Building, is open and operational. The north entrance, which is the main entrance facing 7th Street, has two revolving doors with limited access due to operational issues where cones have been placed. Two swing doors are fully accessible. The employee entrance on the north side is open. The south side entrance facing 7th street is open. The south side entrance facing L'Enfant Plaza is closed to limit access to the day care facility. There is an ongoing facade project that may also be limiting access to certain areas, but this is temporary during construction.

The White House Complex is open and operational.

Individual agencies also commented. In an email to Lead Stories on June 17, 2021, the national press office of the FBI said:

The FBI Headquarters building at 935 Pennsylvania Avenue NW is open and fully operational, as are all of our field offices.

When asked whether the construction on the building was due to renovations or the like, the press office responded:

Thank you for following-up, although we have no further information to provide.

A HUD spokesperson responded to Lead Stories by email on June 16, 2021, regarding the claim:

The US Department of Housing and Urban Development (HUD) Headquarters building at 451 7th St SW, in Washington, DC is not shut down and/or vacant. While most of our employees are working from home, some employees have chosen to come into the building while wearing face masks, social distancing, and following other safety protocols consistent with the department's COVID-19 Safe Federal Workplace Plan.

Footage of the White House appears on the screen behind host Nicolle Wallace during the June 14, 2021, episode of "Deadline: White House" on MSNBC. A screenshot of the footage is included below and features a person walking across the entrance: 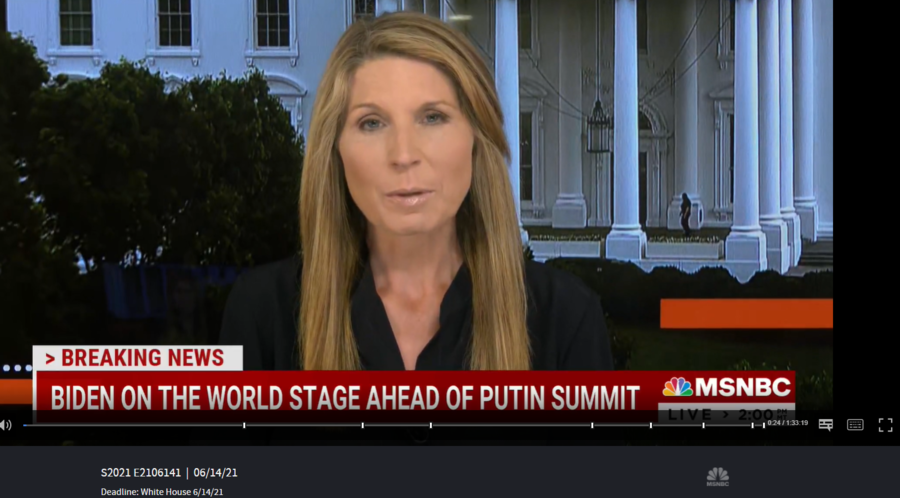