Did PETA call for the immediate censorship of the Instagram page @Ruthless.Nature? No, that's not true: This is a fake tweet created to promote an Instagram page's social media account about graphic themes regarding animals attacking one another. PETA, the People for the Ethical Treatment of Animals, only publicizes images of animals suffering at the hands of human beings, and this tweet was not sent out from the official PETA Twitter account.

Ruthless.Nature claims that their content is "just nature," but it is far too violent for the instagram platform and needs to be censored immediately! They should not be on instagram. 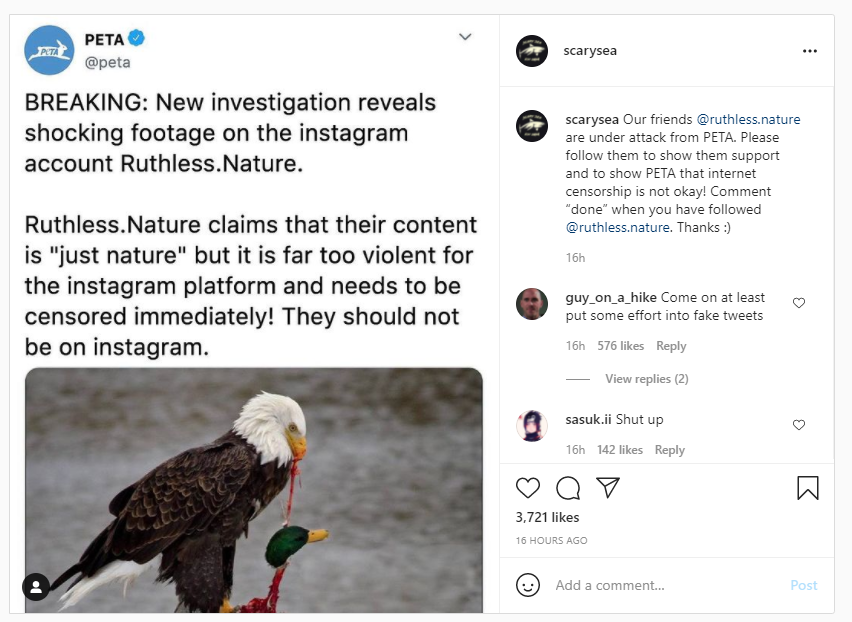 Lead Stories looked into a claim concerning a different fake tweet purportedly from PETA's Twitter account previously and found it to be unsubstantiated. See our story here.