Is this the image of a marijuana user's lungs? No, that's not true: It's half of a walnut kernel. Also, this same post was in found in 2018 on a satirical Facebook account.

The claim appeared in an August 5, 2021, Facebook post (archived here). It featured an image of half a walnut kernel. The caption read:

This is the lungs of a marijuana user. It's really sad what this dope can do to your body. Please people be smart, put down the dope and pick up the hope.

A Google reverse image search revealed the origin of the claim came from the account of user "Robert Soap Sopolosky" who posted the exact image and caption on July 24, 2018. 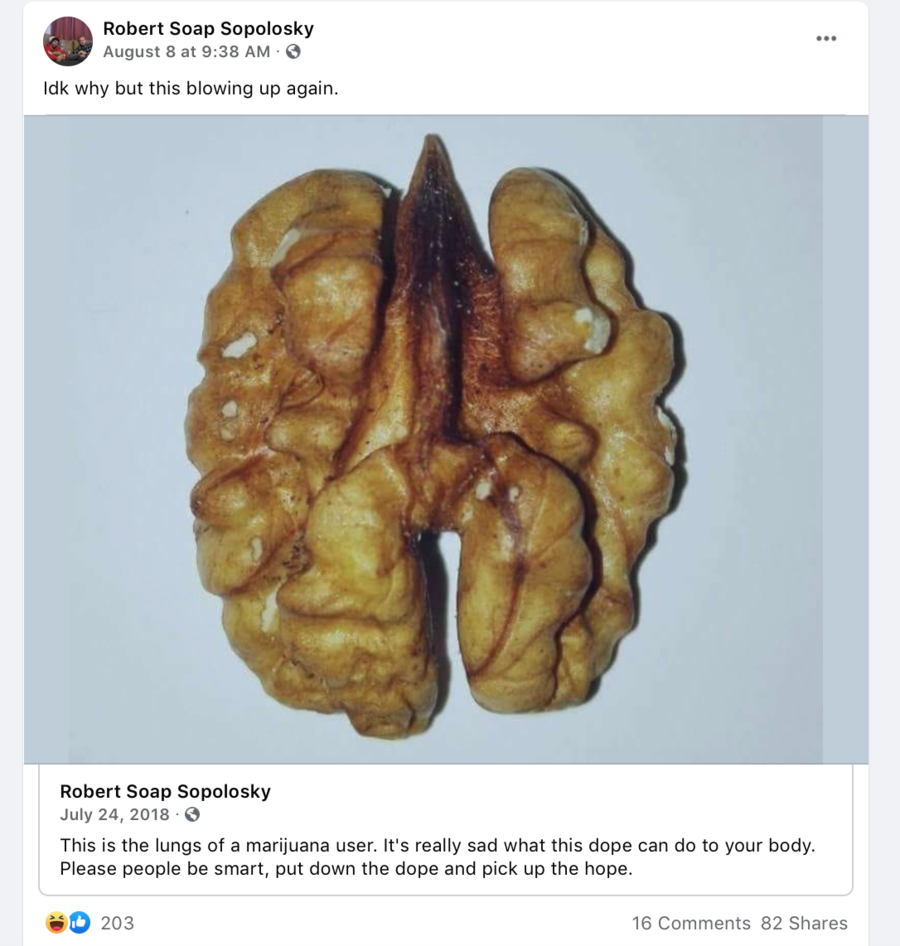 A line underneath Robert Soap Sopolosky's name on the Facebook page reads:

For Entertainment Purposes Only