The silo and round bales image has circulated on social media since the summer of 2016 and resurfaced in an August 2, 2021, Facebook post with the caption, "Good for you Iowa!" The text in the screenshot reads:

iowa state fair logo
REALLY IOWA?
THIS WAS THE BEST DESIGN YOU COULD COME UP WITH?

THE IOWA STATE FAIR NOTHING COMPARES 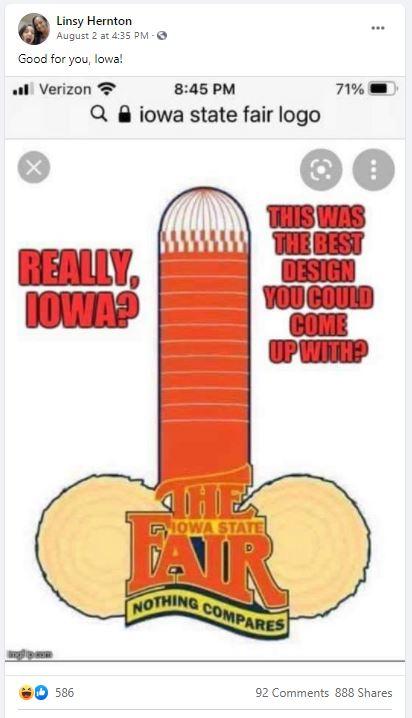 The Des Moines Register wrote about this on its website on August 18, 2016, quoting a statement from the Iowa State Fair Marketing Department.

A July 7, 2016, Facebook post from a Des Moines Hy-Vee store advertised fair passes with a poster that includes the real Iowa State Fair logo and slogan, "Nothing Compares." The logo is also on the website of the Iowa State Fair. 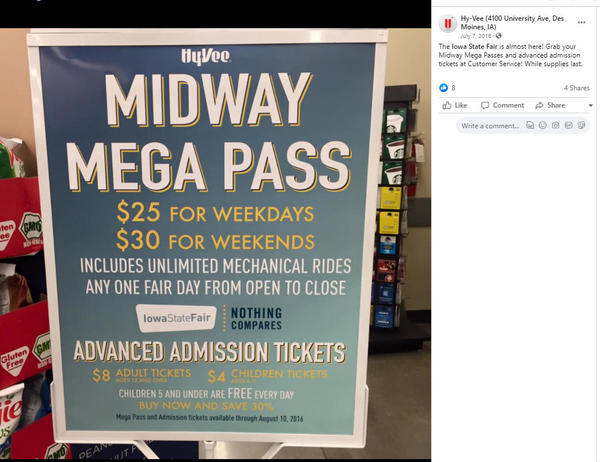 The logo all on its own, looks like this: