Did a military tribunal convict Bill Gates? No, that's not true: A Pentagon duty officer told Lead Stories the claim is "completely false." Also, the claim originated from a self-described satirical website with a disclaimer that includes the disclaimer: "for entertainment purposes only." 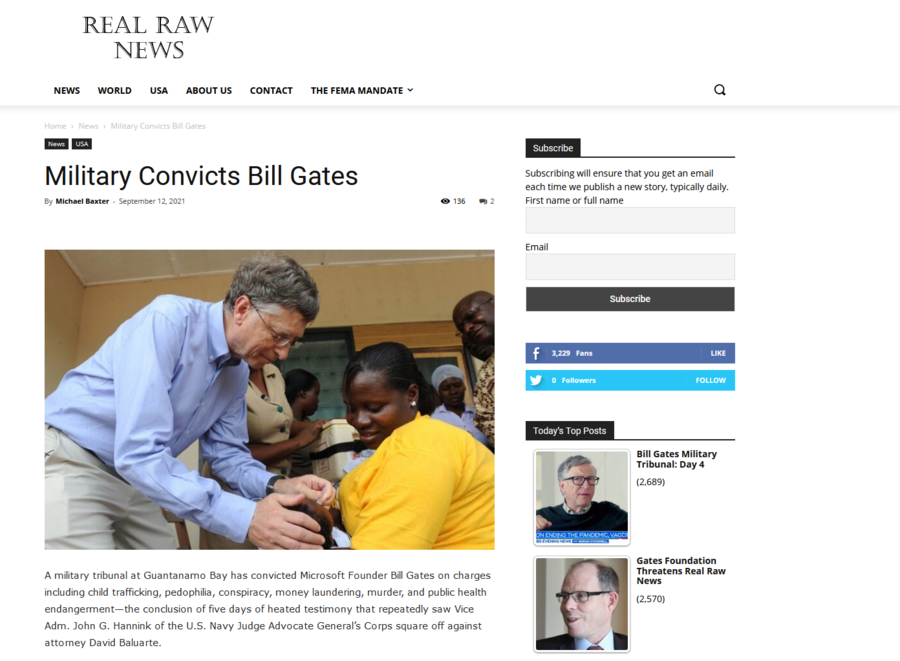 Lead Stories reached out to the Pentagon to ask whether this claim was true. In an email dated September 13, 2021, a duty officer responded that this claim is "completely false."