Did this Reddit post, which migrated to other platforms, chronicle a transgender parent forcibly giving their child the female hormone estradiol so that their son could transition into their daughter? No, that's not true: The content was made by internet trolls who wanted to make strangers angry with a fabricated story. The site rdrama.net -- one of the first sites with the "parent trying to force their child to transition" mention -- creates fake stories, headlines and scenarios to make people on either side of the political spectrum believe it's real, and argue over it in earnest.

Anyone else have trouble convincing your teen kids to continue transitioning? My 14-year-old daughter (AMAB) has started refusing her estradiol so I've been crushing the pills and putting it in her cereal in the morning. I'm just not sure why she doesn't want to take her pills anymore 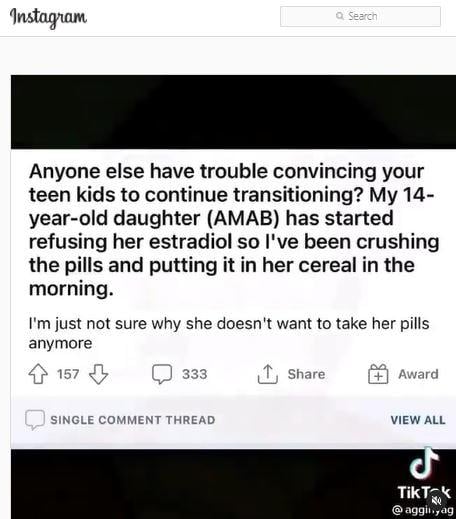 AMAB stands for "Assigned Male At Birth" according to a document made by the New York Presbyterian Hospital titled, "LGBTQ+ Terminology/Vocabulary Primer".

The post is in a video format. The video then pans to a comment underneath the query that reads, "Wow, it sounds like your daughter has some deep-seated transmisic self-hatred. Have you considered making sure she's only friends with trans-positive allies? Sometimes teenagers get awful ideas from their "friends" at school. It's best to ensure she doesn't have negative outside influence when it comes to something as important as affirming her identity. Edit: Removed inadvertent ableism in my comment."

Transmisic is another word for transphobia per a Simmons University library web page on anti-oppression.

A video of a drag queen with a separate voice saying, "The industrial revolution and its consequences have been a disaster for the human race," comes up after the appearance of the Reddit post and comment.

The whole time, a picture of the mugshot of the Unabomber, Ted Kaczynski, becomes clearer behind this content with a siren sounding off in the background. The quote about the industrial revolution is from the Unabomber's manifesto.

On September 10, 2021, a Medium article was written about a group of internet trolls that create content just to make people upset. Trace Underwood, the author of the article, wrote about a fake subreddit that tricked professional journalists and many others into a culture war. The trolls try to prank both sides of the political spectrum often.

The trolls began their tricks in the subreddit r/Drama before they got banned. The users that were in r/Drama then created their own website and moved the drama to rdrama.net. Here is the one of the first posts, showing the trolls coordinating to make "parent trying to force their child to transition" into a viral conversation. It was posted on August 6, 2021.

A lolcow is an oblivious user arguing with fabricated drama earnestly, as defined by Trace Underwood in his Medium article.

The post continues to give Reddit users updates on the r/TransParentsTransKids subreddit and instructions on how to "deny them Oxygen of Amplification". 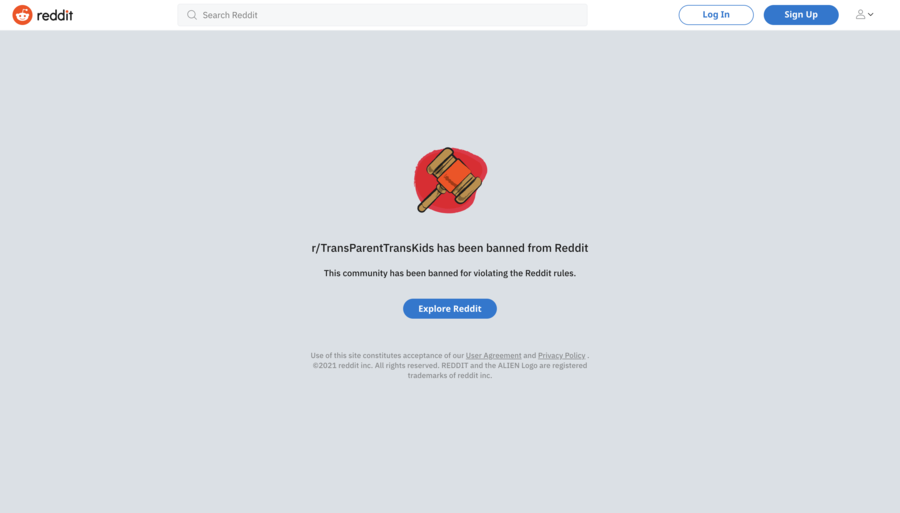